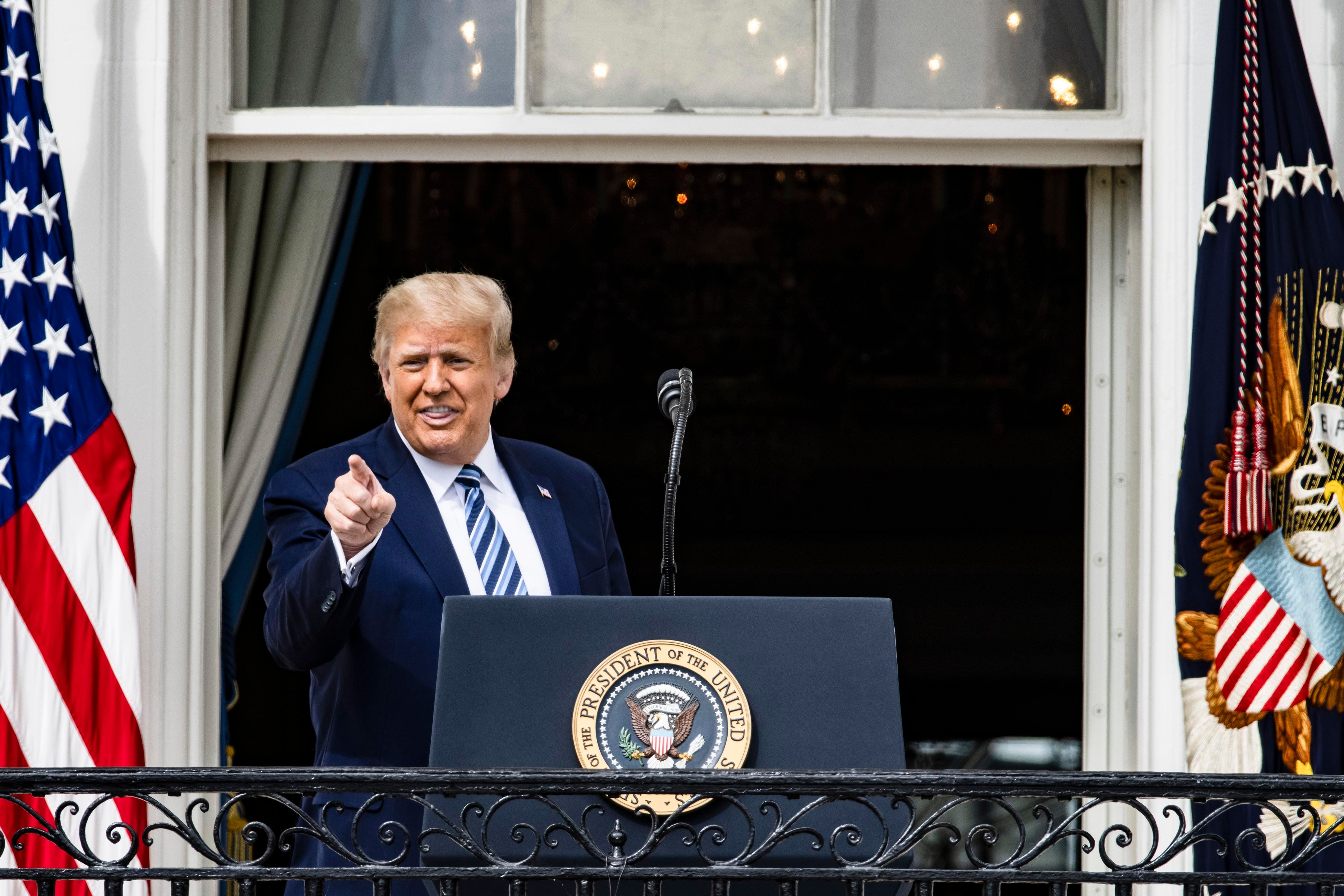 Americans are voting early in the 2020 general election at an unprecedented pace, with elections officials having already received more than 9 million ballots in the 30 states that have made data available, and that data indicates that registered Democrats have returned more than twice as many ballots than Republicans thus far. 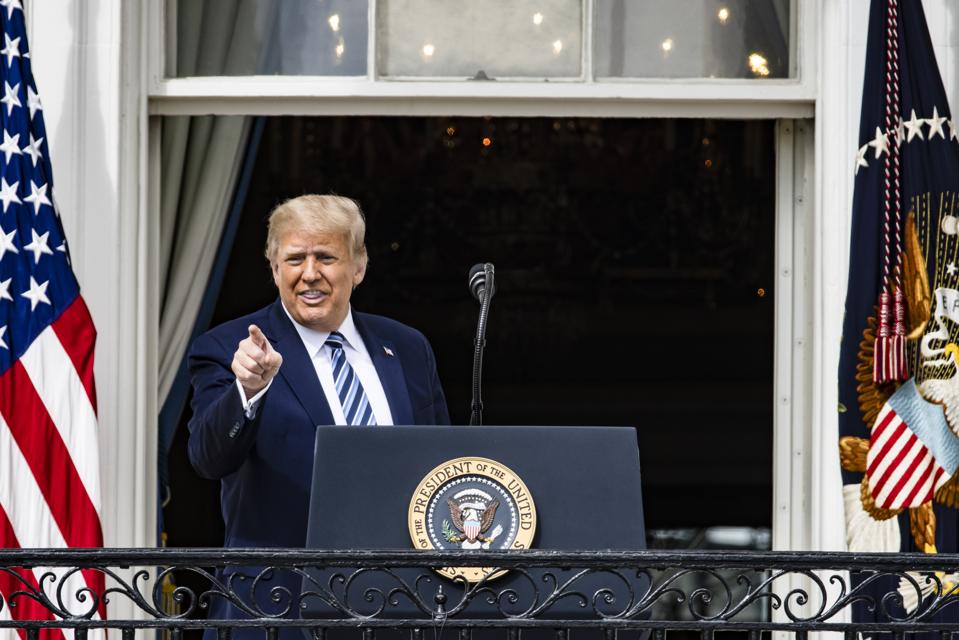 U.S. President Donald Trump addresses a rally in support of law and order on the South Lawn of the … [+] White House on October 10, 2020 in Washington, DC. PresidentTrump invited over two thousand guests to hear him speak just a week after he was hospitalized for COVID-19. (Photo by Samuel Corum/Getty Images)

In 2016, 57.2 million Americans voted early in person, by mail or via absentee ballot, yet, still more than three weeks from Election Day, voters have already cast a total of 9,055,052 ballots as of 1 p.m. ET Saturday in the 30 states providing applicable data.

Earlier this week, Michael McDonald of the University of Florida, who administers the United States Election Project, projected that a record-setting 150 million people (65% of the U.S. Population) would vote in this election, which would represent the highest such percentage in more than a century.

As of Saturday, among the nine states that provide party registration data, Democrats had returned more than 2 million ballots nationally, while Republicans had returned approximately 891,000, according to the U.S. Election Project data.

In the battleground state of Wisconsin, 646,987 people had already voted absentee as of Friday, an exceptionally high number considering a grand total of 146,294 Wisconsinites voted by mail in the 2016 election.

According to the New York Times, in five states (including Wisconsin and fellow swing state Minnesota), the number of ballots returned already is more than 20% of the entire 2016 turnout.

A national Gallup poll released earlier this week showed that, unlike previous election cycles, a massive partisan gap has emerged between those who plan to vote early and those who plan to wait until Election Day. The survey found that 62% of Democratic registered voters plan to vote early or indicated they have already voted, compared with just 28% of Republican voters. This whopping 34-percentage-point gap is striking, considering that over the past four presidential elections, it hasn’t been greater than 2%. The messaging from the candidates atop each party’s ticket has undoubtedly impacted these disparate approaches to voting in the age of the coronavirus pandemic. President Donald Trump has continuously denounced mail-in voting, declaring that “With Universal Mail-In Voting, 2020 will be the most INACCURATE & FRAUDULENT Election in history.” Joe Biden, on the other hand, has encouraged his supporters to vote as soon as possible.

“One of the advantages of having absentee ballots or voting by mail is it gives you a little bit of a snapshot as they are returned, and finding out who is returning them and where you are in your field operation,” said Matt Gorman, a Republican strategist. “If Republicans aren’t getting accurate reads on that, they’re not getting accurate reads on where they need to adjust more.”

24. That’s the number of days until November 3, Election Day.

Poll: More Than 60% Of Democrats Plan To Vote Early Vs. Less Than 30% Of Republicans (Forbes)

News DSMW - December 3, 2022
0
Casey Anthony never testified in her own defense at trial. But 11 years later, she's got a lot to say in the Peacock docuseries Casey Anthony: Where the Truth Lies, featuring Casey's first time... ...

News DSMW - December 3, 2022
0
We independently selected these deals and products because we love them, and we think you might like them at these prices. E! has affiliate relationships, so we may get a commission if you... ...
MORE STORIES