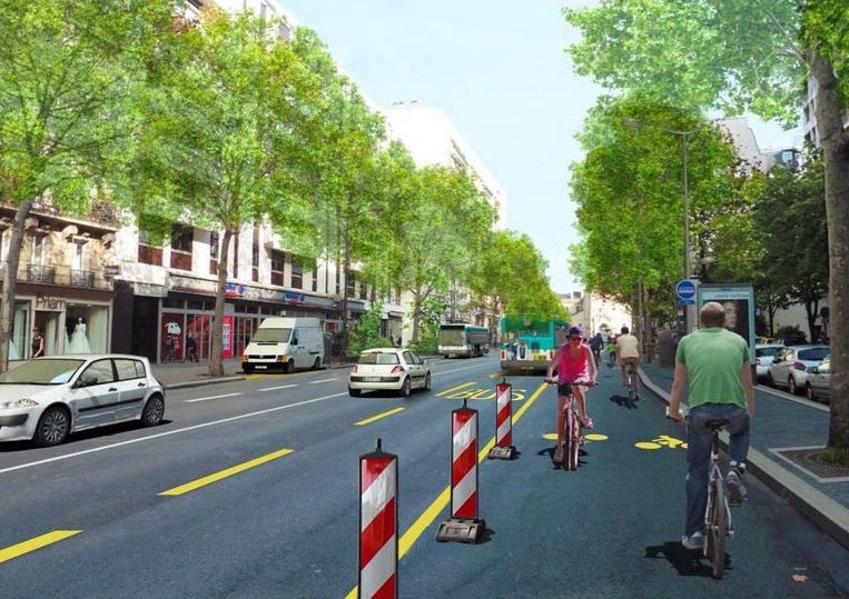 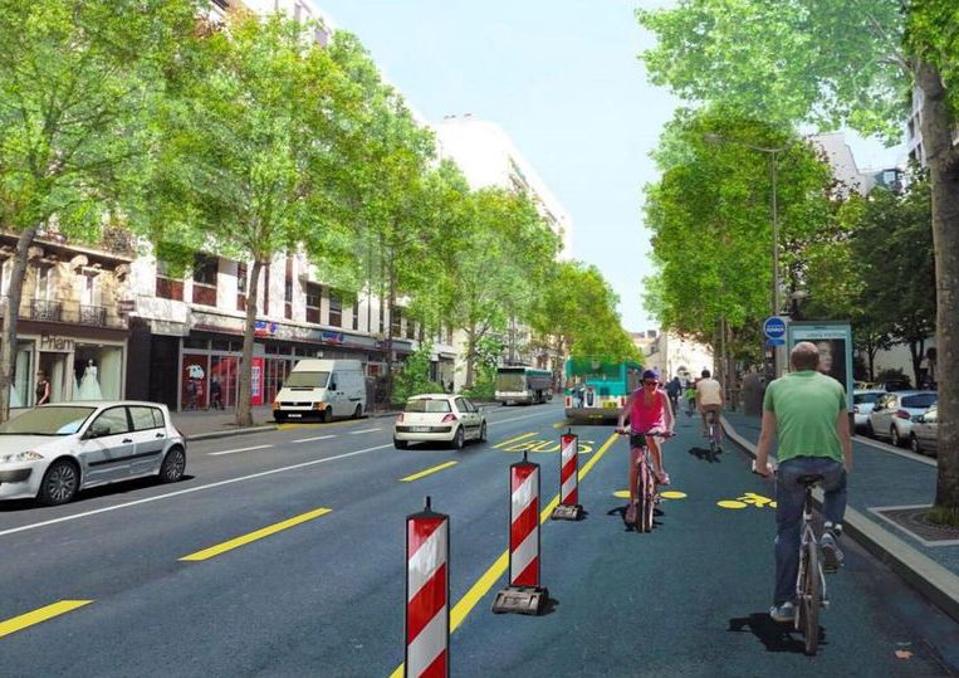 “Whenever feasible, consider riding bicycles or walking,” recommended the World Health Organisation (WHO) on April 21 in new technical guidance on moving around during the COVID-19 outbreak. Cycling and walking are useful for both social distancing and meeting the minimum requirement for daily physical activity, states the WHO guidance. Cities around the world have been giving over road space to cyclists and pedestrians during the pandemic, providing people with the sort of generous space generally allotted to motorists.

Paris is the latest global city to roll out emergency bike lanes for the use of key workers and others during the lockdown. 650 kilometers of cycleways—including a number of pop-up “corona cycleways”—will be readied for May 11 when lockdown is eased in France.

Before the Coronavirus crisis, Paris Mayor Anne Hidalgo had promised that every street in the city would become cycle-friendly by 2024, but fears of gridlock caused by increased car traffic once the lockdown is eased are allowing officials to accelerate Hidalgo’s existing “Plan Vélo” transport changes. 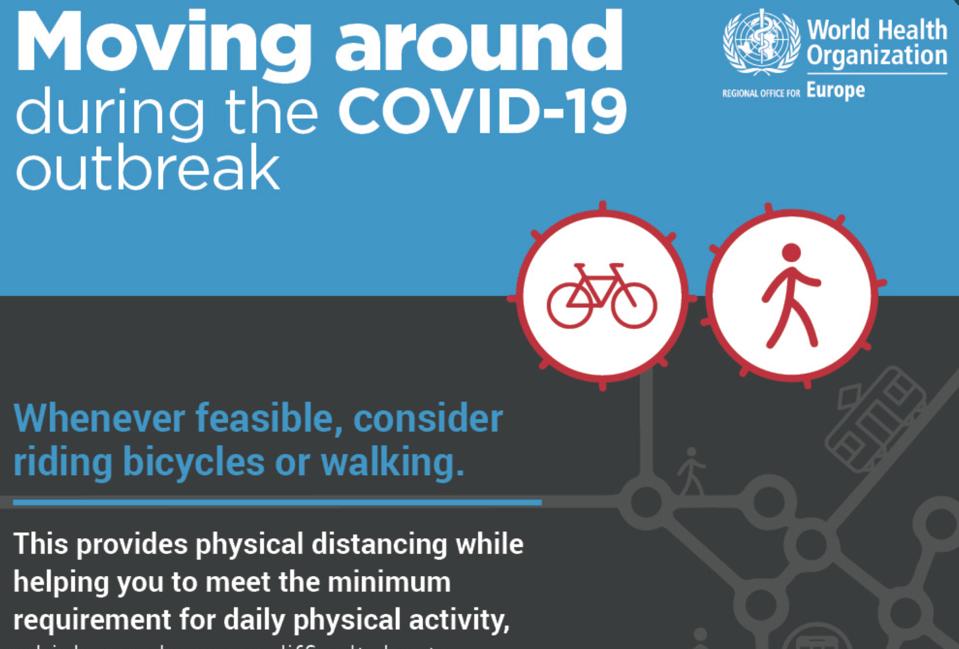 Move around by bike or foot, recommends the World Health Organization.

On January 29, Hidalgo revealed that the space required to make Paris cyclist-friendly would mostly come at the expense of motoring. Under her plans, Paris was to remove 72% of its on-street car parking spaces.

On April 21, the Île-de-France region pledged financial support for the preexisting RER Vélo project, a network of nine protected cycleways linking the center of Paris with key suburbs, a concept of the Ile-de-France Bike Collective advocacy network. €300 million will be provided to part-pay for a mix of new infrastructure and temporary “corona cycleways,” or TempoRER vélo.

The cycleways mirror the routes of the RER metro rail lines into Paris. Existing RER Vélo cycleways include an “express” version on Rue de Rivoli, REVe, for use of e-bikes.

The pop-up cycleways will be marked out with traffic wands. 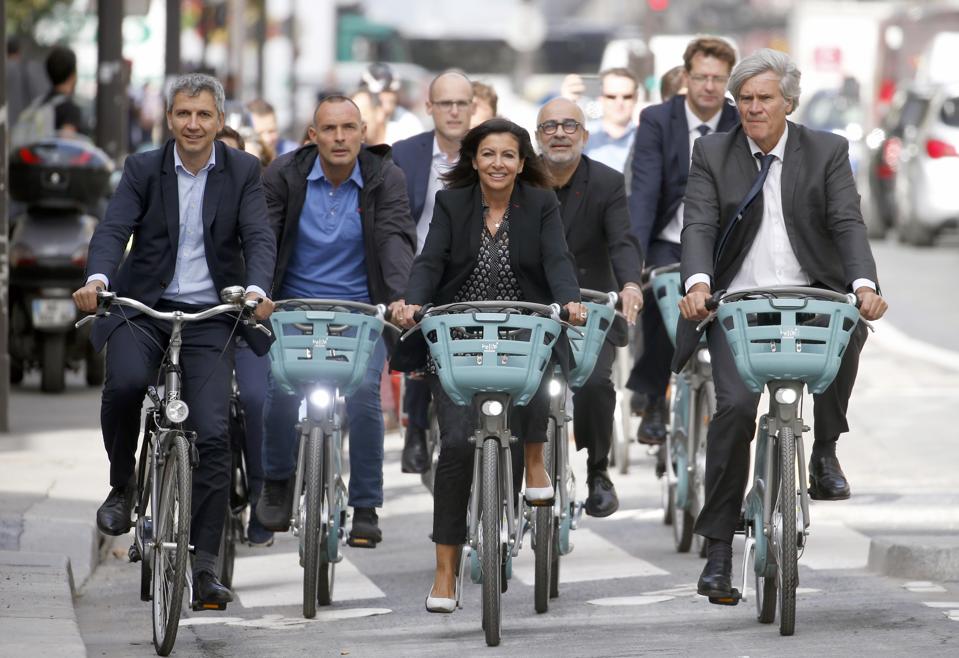 “The current health crisis forces us to rethink our mobility system,” Valérie Pécresse, president of the Île-de-France, told a French newspaper.

“All levers must be pulled so that the easing of lockdown restrictions takes place in the best conditions.”

She added that the pop-up cycleways could help prevent the “complete paralysis of [our] road network, should there be a massive shift towards the private car.”

Elsewhere in France, 116 towns and cities—including Lille, Dijon, Rouen, Le Mans, and St Etienne—plan to build temporary cycleways for the duration of the current lockdown and the next few months.

Meanwhile, the French government is bringing forward the publication of new national cycleway guidelines. The best-practice guide will be published ahead of schedule on May 4.

“‘We cannot think of [lifting lockdown and then seeing] a million more cars on the road,” Milan transport councillor Marco Granelli told Radio Lombardy on April 21.

“To avoid this, we will have to strengthen two-wheeled transport. This is why we’re putting in place an extraordinary plan to create new cycle paths,” he added.