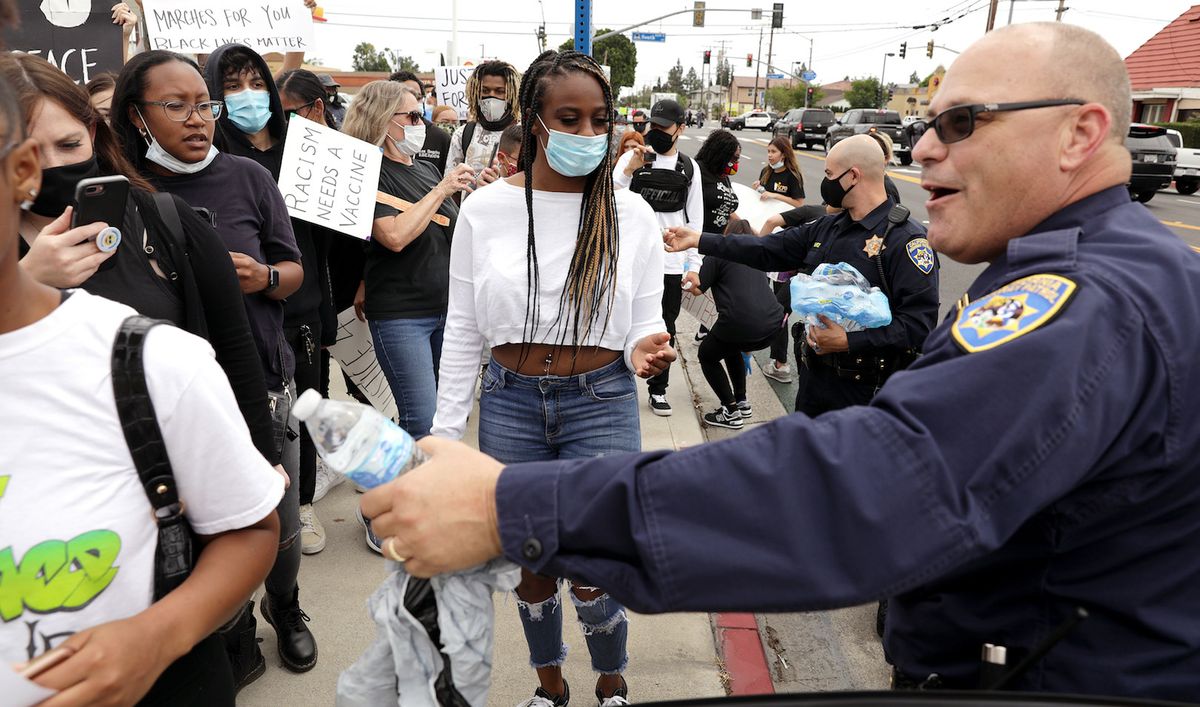 People are still rioting, looting businesses, and getting in violent clashes with police and civilians alike. This activity has threatened public safety, dominated the media coverage, and undermined the purpose of the protests.

Still, there were many peaceful protests and positive moments as people call for justice for George Floyd, Breonna Taylor, and Ahmaud Arbery; for accountability from police officers in how they exert their authority, and for racial equality and peace. Take a look:

Monday, George Floyd’s brother, Terrence, visited the site where George was killed in Minneapolis. He prayed with those gathered, called for an end to all violence and rioting being carried out in his brother’s name, and encouraged people to fight for change through peaceful protest and voting.

BBC News put together a compilation of uplifting moments from peaceful protests around the country, showing black leaders calling for peace and love, police officers engaging in conversation and acts of solidarity with protesters, and residents cleaning up the damage caused by rioters.

In Chandler, Arizona, a police officer handed out water to peaceful protesters:

And in Pittsburgh, a protester did the same for some officers:

Protests are occurring nationwide in response to recent killings of black Americans. George Floyd was killed by a Minneapolis police officer on May 25 while being arrested for a nonviolent crime. Breonna Taylor was killed by Louisville police officer in March while the officers were serving a no-knock warrant at her home after midnight. Ahmaud Arbery was killed by two Georgia residents who chased him down because they suspected that he had burglarized an unoccupied home under construction.

News DSMW - December 6, 2022
0
When police showed up at the house in Moscow, Idaho, in response to a call about a roommate who wouldn't wake up, what they found was a scene straight out of a horror movie. Two college kids had... ...
MORE STORIES