SELMA, Ala. — Pete Buttigieg, the former small-city Indiana mayor and first openly gay major presidential candidate, has decided to quit the Democratic race, a person briefed on Mr. Buttigieg’s plans said on Sunday, following a crushing loss in the South Carolina primary where his poor performance with black Democrats signaled an inability to build a broad coalition of voters.

The decision comes just 48 hours before the biggest voting day of the primary, Super Tuesday, when 15 states and territories will allot a third of the delegates over all. The results were widely expected to show him far behind Mr. Biden and Mr. Sanders.

Mr. Buttigieg canceled plans for a Sunday night rally in Dallas and a Monday morning fund-raiser in Austin, Tex., to return to South Bend, Ind., to make a speech. “So a little bit of news for you about our flight,” he said. “We’re making a change in our travel plans and traveling to South Bend rather than to Texas. We’re going to be making an announcement there about the future of the campaign and we are looking forward to sharing with our supporters and with the country where we’re going from here. That is why you will find we are heading in a different direction.”

An aide said Mr. Buttigieg would announce the suspension of his campaign. During a call with the campaign staff minutes earlier, a Buttigieg official said the candidate “doesn’t want to move on” to Super Tuesday and beyond.

It is unclear if Mr. Buttigieg will endorse another candidate. He and Joseph R. Biden Jr. have exchanged voice messages, a Biden campaign official said.

Mr. Buttigieg’s departure was another step in the narrowing of a Democratic field that once featured two dozen candidates, and now has six. His move comes one day after Tom Steyer, the billionaire former hedge fund executive, dropped out after a disappointing finish in South Carolina where he invested millions of dollars.

The campaign spent nearly all of its funds to deliver its virtual tie for first place in Iowa and a narrow second-place finish behind Senator Bernie Sanders in New Hampshire. But the rush of contributions the campaign expected after Iowa and New Hampshire never materialized. The Iowa Democratic Party’s vote-counting fiasco robbed Mr. Buttigieg of some of the expected momentum and media attention after the state’s caucuses, and Senator Amy Klobuchar was the big story after her surprise third-place showing in New Hampshire. 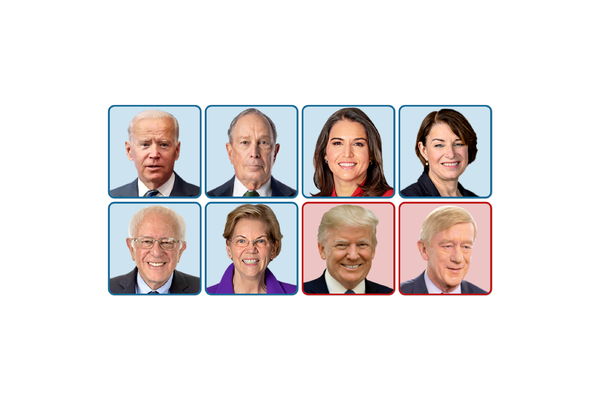 In the last presidential debate, on Tuesday in South Carolina, Mr. Buttigieg forcefully warned that nominating Senator Bernie Sanders of Vermont, the front-runner, would lead to crushing defeat in the fall, not just “four more years of Donald Trump,” but the loss of the Democratic House majority secured by moderate candidates who won in suburban swing districts in 2018.

But Mr. Buttigieg’s own existential crisis was his inability to appeal to voters of color, both African Americans and Latinos.