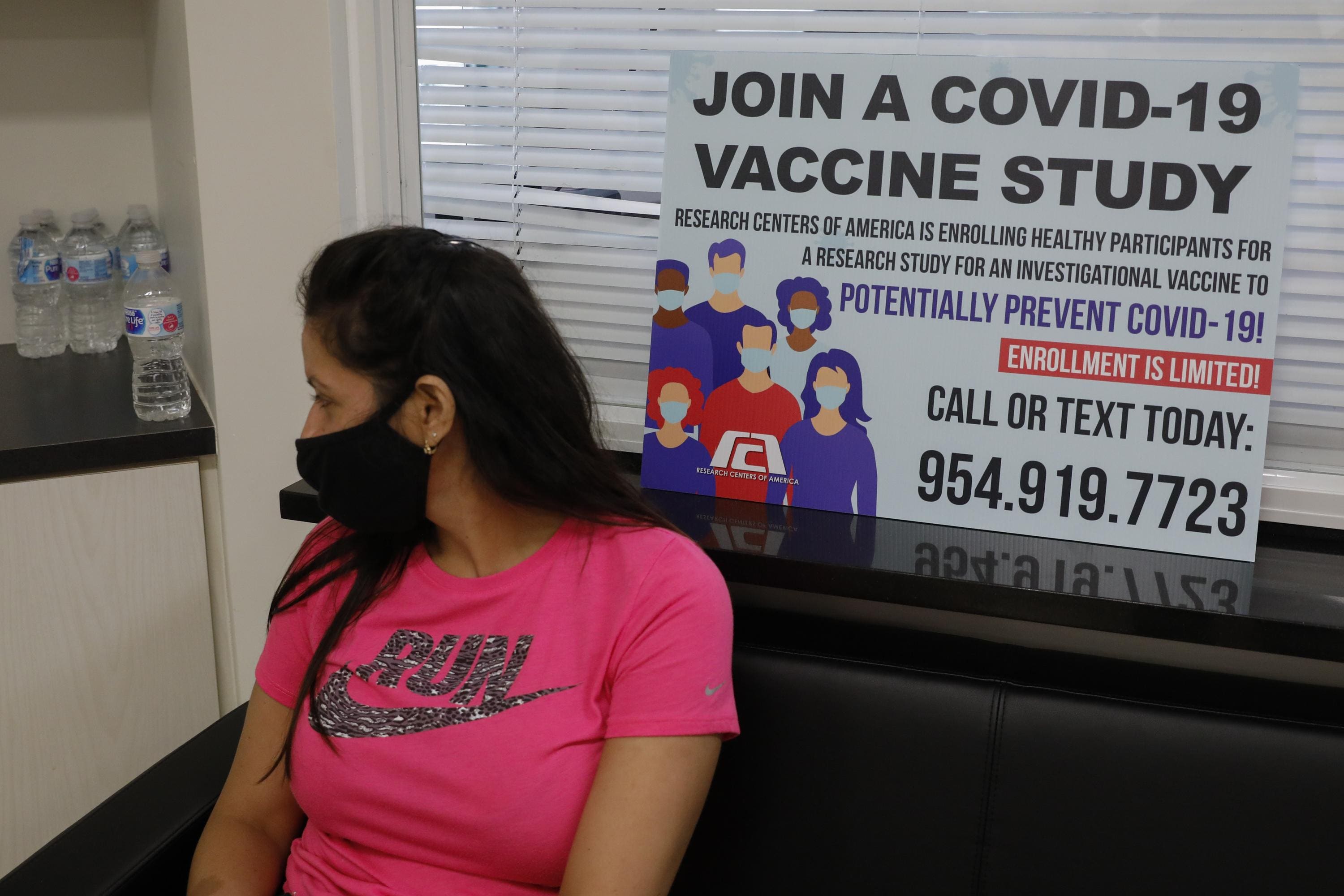 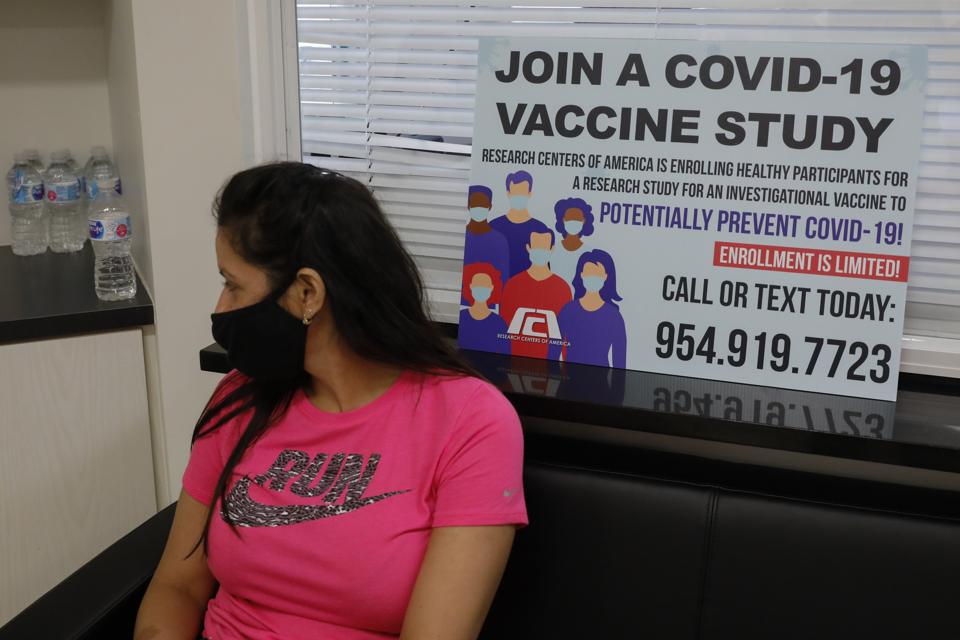 A person wearing a protective mask sits after participating in clinical trials for a Covid-19 … [+] vaccine at Research Centers of America in Hollywood, Florida, U.S., on Wednesday, Sept. 9, 2020. Drugmakers racing to produce Covid-19 vaccines pledged to avoid shortcuts on science as they face pressure to rush a shot to market. Photographer: Eva Marie Uzcategui/Bloomberg

Pfizer and BioNTech announced Monday that their Covid-19 vaccine showed better than 90% effectiveness in early trial results. If these hold up in analysis of more patients, it would be a huge advance in our ability to control the pandemic.

The results came from an analysis by a Data Safety Monitoring Board (DSMB), an independent group that monitors the safety and efficacy of an experimental treatment as a trial progresses. These initial results are based on 94 cases of infection,

Pfizer’s study has enrolled a remarkable number of volunteers—almost 44,000—in under ten months. This is a record for successfully conducting a clinical trial. (Most vaccines take at least 4-5 years to develop). Part of the successful enrollment, however, is because the pandemic is out of control, speeding recruitment. The study did well recruiting volunteers of diverse races—30% in the US and 42% globally. This is important because Covid-19 infections in Blacks and Hispanics have worse outcomes—in the US. (Africa has defied the expected Covid nightmare death scenario, in part because of their preparedness for pandemics from experience with Ebola. Mustapha Okango, a Nairobi-based anthropologist, was quoted as saying, “Everyone predicted Africa would fall into chaos…It is proof that being a black person in this world doesn’t kill you, but being a black person in America clearly can.”)

The DSMB noted that the side effects were likely worse than that of the flu shot or Prevnar, Pfizer’s pneumonia vaccine.

The Pfizer and Moderna’s vaccines are both based on using messenger-RNA (mRNA) to cause the body to make a protein based on the virus’ spike protein. This triggers an immune response. Hopefully, the person will have protective antibodies when s/he encounters the complete, infectious virus.

First, the vaccine requires two doses to be completely effective. That means getting people to come back for a second shot three weeks after the first—and people may be reluctant to do so if they have significant pain or achiness from the initial dose. A limited supply and the need for two doses will also mean fewer people will be able to get it soon. There won’t be enough until sometime next year for those at high risk.

With the promising vaccine news, Vice President Pence was quick to tweet:

and today again stressed that the drug’s research and development was not a part of Operation Warp Speed. The company does have an agreement with the US government to purchase 100 million doses for $1.95 billion. While Pfizer’s vaccine is touted as being “free” to Americans, it is being paid for by taxpayers, and is hardly free.

Instead, the authors propose that distribution be via expanded access, which would enable continued data collection and not jeopardize other trials. In expanded access, individual patients are given approval for a drug on a case-by-case basis for need, rather than allowing a free for all scramble for an unproven drug or vaccine. Dr. Marc Lipsitch, director of Harvard Chan’s Center for Communicable Disease Dynamics, echoed these cautions, stating “I also think that continuing the trial to observe long-term efficacy and safety, and get more outcomes so that subgroups can be evaluated, is critical for this vaccine.”

Dr. Fauci, director of NIAID, told Stat news that he was excited because “There was always a discussion: Is the spike protein the right target? Well, now we know it’s the right target,” and he is “optimistic about what’s going to roll out in the next several months with the other vaccines.” He expects Moderna to have good results as well, since it uses the mRNA approach as well.

We are seeing an explosion of coronavirus cases across the US, much of it fueled by anti-maskers. Will this promising news from Pfizer fuel that, by people mistakenly thinking a “cure” is near?

Columbia University’s Angela Rasmussen, a virologist, assessed the news as follows: “I think these results are encouraging, but spare on details and very preliminary. People should be cautiously optimistic but also aware that there is still a long road between this positive interim analysis and widespread access to the vaccine…We need to view the data with clear eyes and realistic expectations.”

“Americans will have to rely on masking, distancing, contact tracing, hand washing, and other measures to keep themselves safe well into next year,” he said. “Today’s news is great news, but it doesn’t change that fact.”