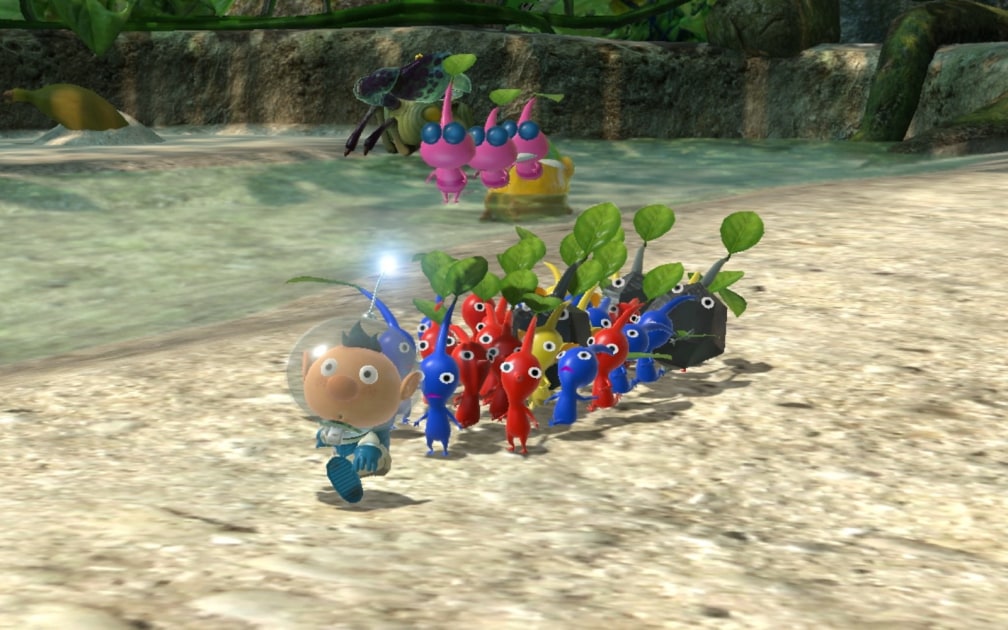 Another Wii U classic is making its way to the Nintendo Switch. Nintendo will release an expanded version of Pikmin 3 called Pikmin 3 Deluxe on October 30th.

The most notable feature the company is adding for the $60 rerelease is co-operative play. You and a friend will be able to play through Pikmin 3‘s story together. Nintendo has also added new difficulty settings, enhanced targeting and a hints system to help players if they get stuck on a tricky puzzle. They’ll also be new side-story missions to play. Like the game’s story campaign, you’ll have the chance to work through those with a friend.