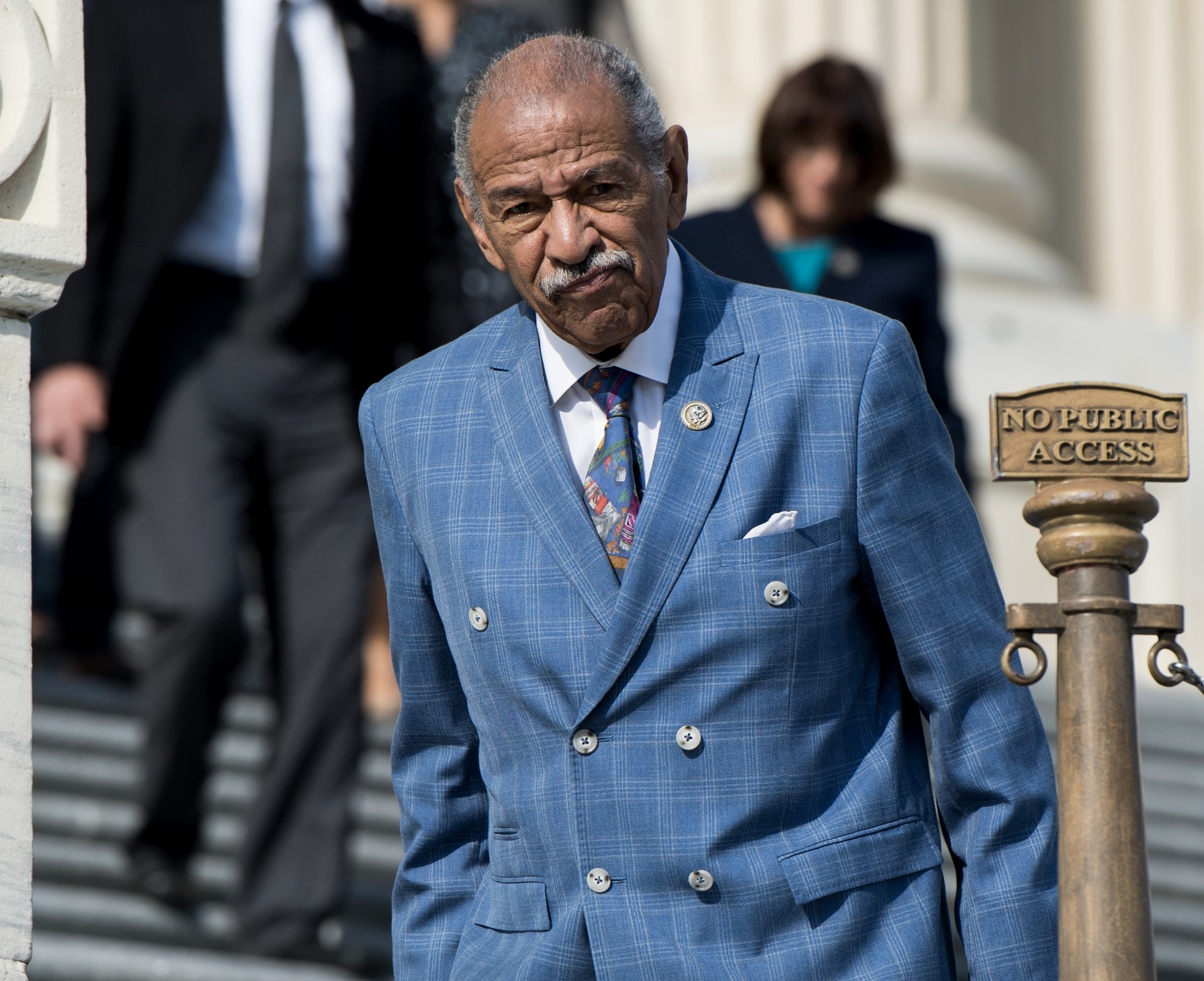 John Conyers was elected to Congress for the first time in 1964, winning Michigan’s 1st District with 84 per cent of the vote against that year’s Republican sacrificial lamb. For the next quarter-century he was ritually returned with even larger margins of biennial victory. But the Detroit that was so faithful to him was in steep demographic decline, and, when Michigan lost one of its seats, poor old Conyers was redistricted onto somewhat less favorable turf: in 2010 he was reduced to a mere 77 per cent of the vote – his worst result ever. After fifty-three years in the House of Representatives, he will be buried on Monday in what will be a more muted ceremony than he might have expected.

Representative Conyers may have other accomplishments over the last half-century, but I think of him mainly for a rare moment of honesty that embodies the dysfunction of national lawmaking in the United States. Washington gives us poorly drafted laws that invariably metastasize in mercurial and damaging ways. That’s because our “lawmakers” enact laws but no longer truly make them. Conyers seven years ago:

Like most of his colleagues, lifetime legislator John Conyers (a congressman for 47 years) didn’t bother reading the 2,700-page health-care bill he voted for. As he said with disarming honesty, he wouldn’t understand it even if he did: ‘They get up and say, “Read the bill.'”What good is reading the bill if it’s a thousand pages and you don’t have two days and two lawyers to find out what it means after you read the bill?’

It would be churlish to direct readers to the video posted on the Internet of Representative Conyers finding time to peruse a copy of Playboy while on a commuter flight to Detroit. So let’s take him at his word that it would be unreasonable to expect a legislator to know what it is he’s actually legislating into law. Who does read the thing? ‘What happened to the Eighth Amendment?’ sighed Justice Scalia the other day. That’s the bit about cruel and unusual punishment. ‘You really want us to go through these 2,700 pages . . . ? Or do you expect us to give this function to our law clerks?’

…who in turn can give it, say, to their gender studies roommates from college when they’re laid off at Starbucks.

When John Conyers could bear to tear himself away from his very thorough perusal of Playboy, it was not to legislate but to issue “reports” – which he did, for example, after the 2004 election when George W Bush managed to win Ohio by a margin that left the Democrats with nothing to sue over:

Alan Fram of the Associated Press reported with a straight face that Sen. Boxer, Rep. John Conyers and the other protesting Democrats “hoped the showdown would underscore the problems such as missing voting machines and unusually long lines that plagued some Ohio districts, many in minority neighborhoods.”

I think not. What it underscores is that the Democrats are losers. Speaking as a foreigner — which I believe entitles me to vote in up to three California congressional districts — I have voted on paper ballots all my life and reckon all these American innovations — levers, punch cards, touch-screen — are a lot of flim-flam. I would be all in favor of letting the head of Bangladesh’s electoral commission design a uniform federal ballot for U.S. elections. But that’s not the issue here.

What happens on Election Day is that the Democrats lose and then decide it was because of “unusually long lines” in “minority neighborhoods.” What “minority neighborhoods” means is electoral districts run by Democrats: in Ohio in 2004 as in Florida in 2000, the “problems” all occur in counties where the Dems run the system. Sometimes, as in King County, Washington, they get lucky and find enough votes from the “disenfranchised” accidentally filed in the icebox at Democratic headquarters. But in Ohio, George W. Bush managed to win not just beyond the margin of error but beyond the margin of lawyer. If there had been anything to sue and resue and re-resue over, you can bet those 5,000 shysters the Kerry campaign flew in would do it. Instead, Mrs. Boxer and Mr. Conyers and Co. are using a kind of parliamentary privilege to taint Mr. Bush’s victory without the flimsiest pretext.

John Conyers was good at that sort of thing.

One should perhaps forebear to read too much into an octogenarian power-broker “reading” Playboy in full view on a commercial airliner: His much younger wife, born after he was first elected to Congress, was then serving a prison term for bribery of public officials, and her husband was temporarily deprived of uxorial affection. But it subsequently emerged that Representative Conyers was bringing aspects of the Hugh Hefner “Playboy lifestyle” to his congressional grotto. In 2017, confronted with the awkward fact that the #MeTooers had come for the “Dean of the House”, Nancy Pelosi did not handle it well:

Forced to fall on his Playboy centerfold staple, John Conyers naturally assumed that his place in Congress would be assumed if not by his jailbird wife then certainly by his son. But his great-nephew had other ideas:

In the end John Conyers II was succeeded not by John Conyers III, IV or V, but by Rashida Tlaib, now of “the Squad”. It’s hard for a lifetime legislator to keep up with bills and Playboy centerspreads, but most of all with a fast evolving Democrat Party.