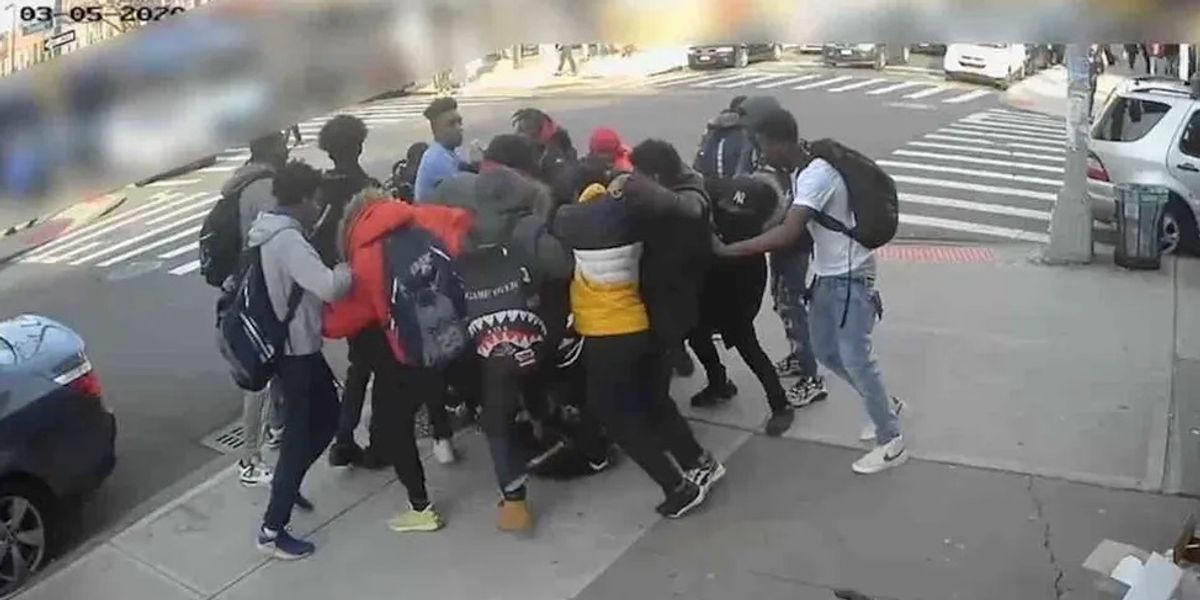 Five teenage boys have been arrested and charged in the brutal street beating of a 15-year-old girl that went viral this week.

According to the New York Post, the teens ranged in age from 14 to 17 and have been charged with robbery and gang assault. However, their names were not made public, likely because they are minors.

One of the mothers of the boys told the Daily News that she made her son turn himself into police.

“When I saw the video I literally wanted to kill him with my own hands. I was very, very pissed off,” Donna Howell said. “He didn’t want to go at first and I said, ‘No you’re going to go, you’re going to turn yourself in.'”

The attack happened Thursday afternoon. Surveillance video showed a horde of teenage boys, more than a dozen of them, chase down the victim and then savagely beat and stomp her. The boys then stole the victim’s shoes, debit card, and cellphone.

Witnesses said the victim was “bleeding like crazy.” She had to be hospitalized, but is expected to make a recovery.

Police are still searching for additional suspects, the Post noted.