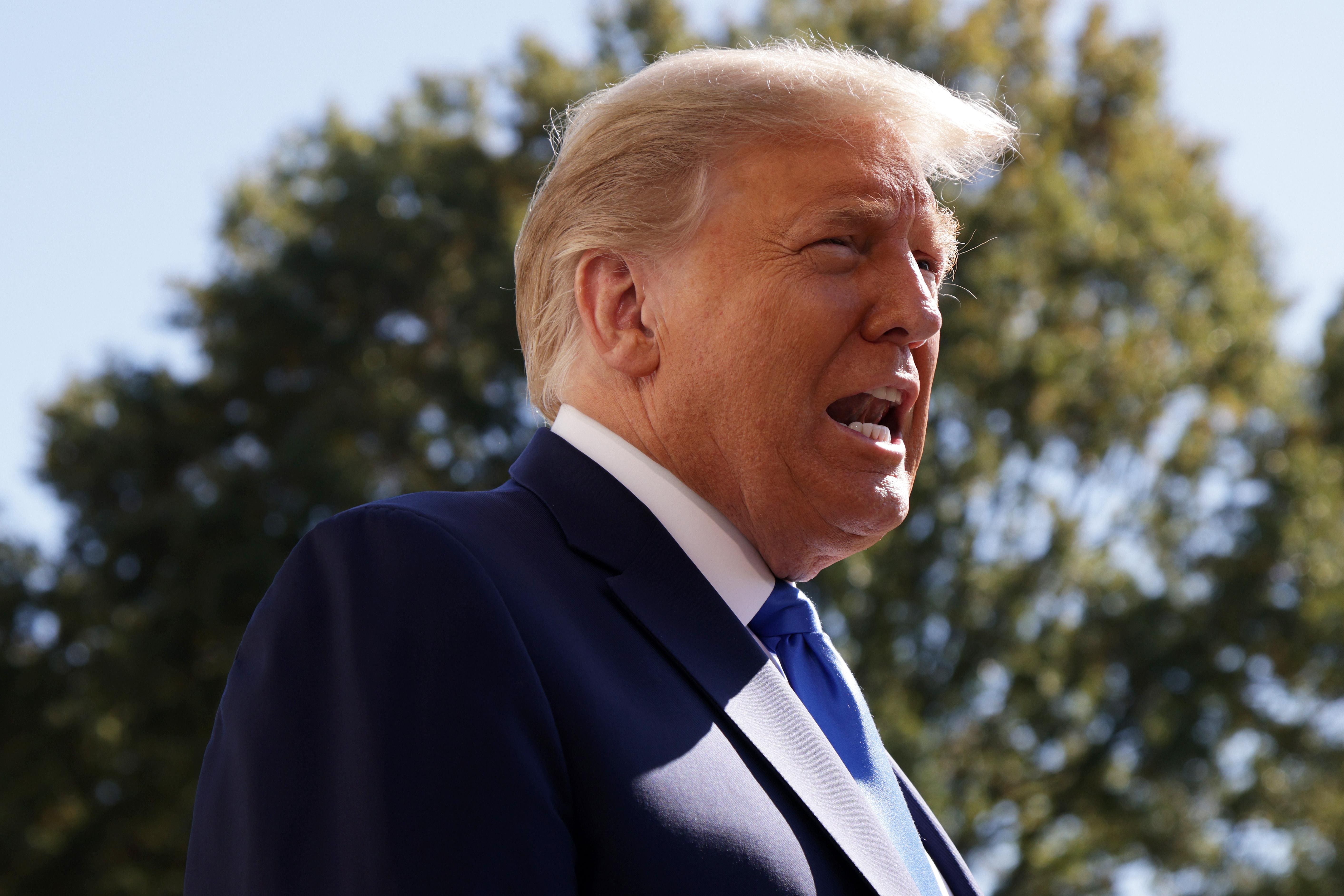 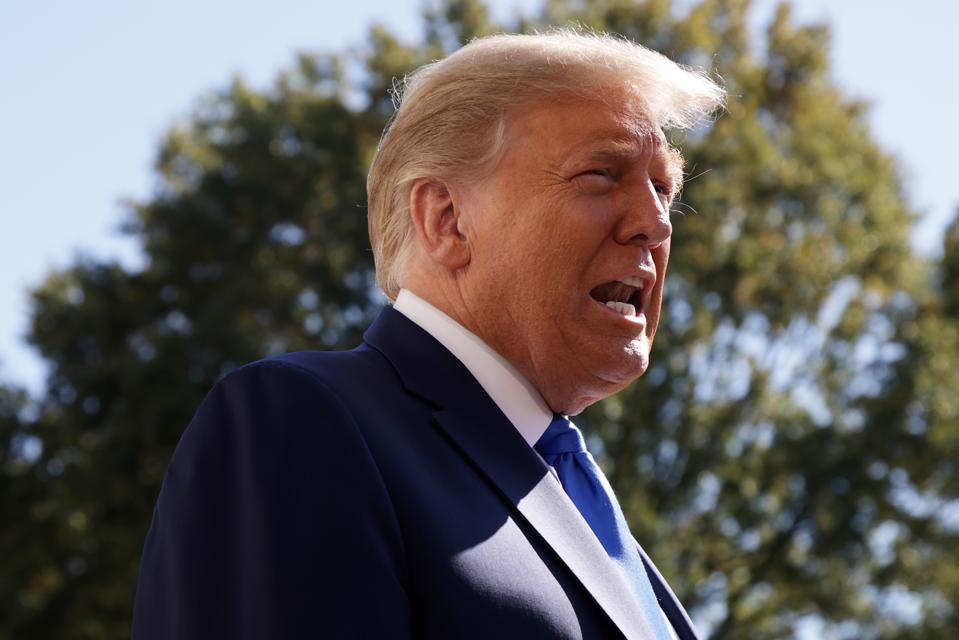 WASHINGTON, DC – OCTOBER 15: U.S. President Donald Trump speaks to members of the press prior to a … [+] Marine One departure from the White House October 15, 2020 in Washington, DC. President Trump is traveling to Greenville, North Carolina, for a campaign event. Then, he will participate in an NBC News town hall event in Miami, Florida, later tonight. (Photo by Alex Wong/Getty Images)

Amid backlash over NBC’s decision to host President Trump for a town hall session airing at the same time as ABC’s previously scheduled town hall with former Vice President Joe Biden, Mr. Trump on Thursday said he was “being set up.”

At a campaign rally in Greenville, North Carolina, the president lobbed insults at NBC and host Savannah Guthrie, calling the network “the worst” and explaining his decision to appear for the event this way: “what the hell, we get a free hour on television.”

Mr. Trump told the crowd he expects to get tougher questioning in light of the criticism NBC is receiving. “So, you know I’m being set up tonight,” he said. “Watch the difference in tone,” Trump said, of NBC’s questions compared to the questions given to Mr. Biden at an NBC town hall session in Miami a week ago.

New York Times NYT media reporter Ben Smith seems to agree, saying on Twitter that there is “enormous pressure on NBC now to make this things a nightmare for Trump.”

The network has been roundly criticized for allowing the president to counter-program the Biden town hall, even though Mr. Trump refused to agree in the second scheduled debate, which would have been tonight. The Wall Street Journal reports more than 100 actors, writers and producers are protesting NBC’s decision, and senior NBCUniversal executives—NBCUniversal News Group chairman Cesar Conde and NBCU chief executive Brian Roberts said the decision to give Mr. Trump such a platform after his refusal to debate Mr. Biden is “enabling the president’s bad behavior while undercutting the Presidential Debate Commission and doing a disservice to the American public.”

On Twitter, where “BoycottNBC” was trending through the day Thursday, many expressed disappointment and surprise that NBC would have agreed to host the town hall directly opposite ABC’s:

The tweets included some of NBC’s top talent, like The Good Place star Jameela Jamil and Jim Carrey, who is playing Joe Biden on Saturday Night Live, supporting a boycott of tonight’s Trump town hall: