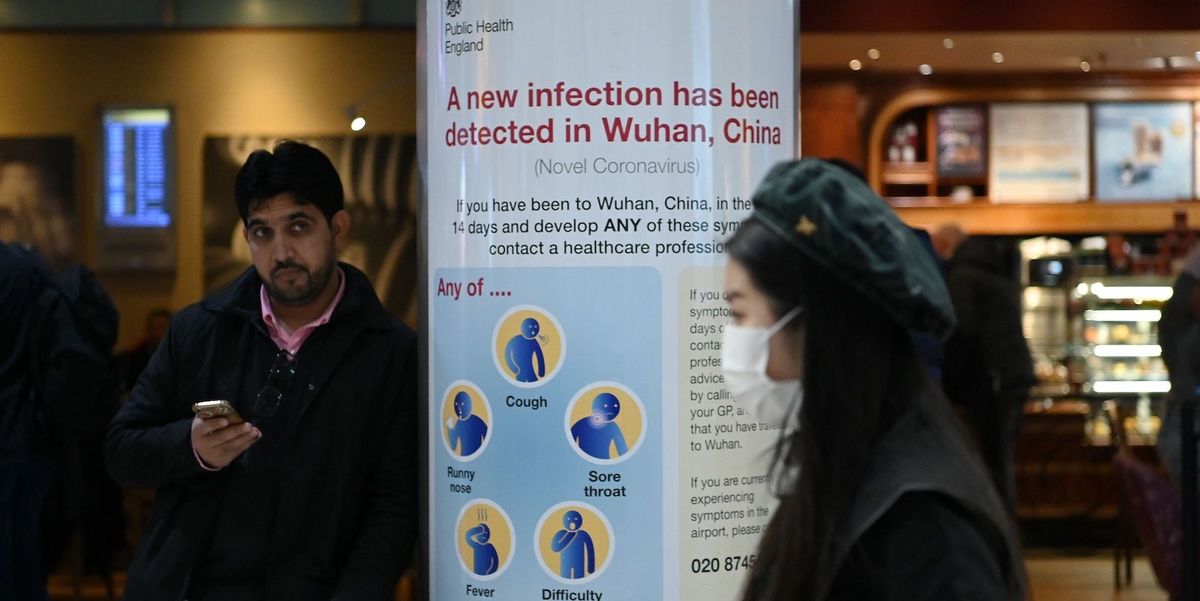 President Donald Trump said Tuesday that the coronavirus is under control in the United States a day after the White House sent Congress a request for billions of dollars in taxpayer money to combat the virus’ spread.

On Monday evening, the White House formally asked the legislative branch to approve $2.5 billion in emergency funding to address the public health situation created by the deadly, fast-spreading virus, according to Fox News:

The request included $1.25 billion in new money, with the rest coming from unspent funds. The measure would help the federal government, as well as state and local agencies, potentially prepare to respond to an outbreak and allocate cash for vaccine development, a senior administration official told Fox Business.

One source familiar with the request told Fox News that the administration was careful “not to sound alarm bells” over the supplemental spending request, but added, “It is better to have, certainly with finite funds.”

The Department of Health and Human Services already has tapped into an emergency infectious disease rapid response fund and has been seeking to transfer more than $130 million from other HHS accounts to combat the virus but was pressing for more.

MarketWatch also pointed out that, in addition to the $1.25 billion in new funding, the request also asks for the administration to shift more than $500 million in federal funds from an Ebola virus account as well as redirect money from other accounts and agencies in order to get to the total request.

In response, some Congressional Democrats argued that the amount of funds requested by the White House was simply not enough to address the virus’ spread, with some criticizing the request to redirect federal funding.

“Americans need a coordinated, fully-funded, whole-of-government response to keep them and their loved ones safe. The President’s request for coronavirus response funding is long overdue and completely inadequate to the scale of this emergency,” House Speaker Nancy Pelosi (D-Calif.) tweeted in the wake of the request.

“Weeks after the #TrumpBudget called for slashing the CDC budget during this coronavirus epidemic, this undersized funding request shows an ongoing failure to understand urgent public health needs,” the speaker added in a later tweet.

“Too little too late,” Senate Minority Leader Chuck Schumer (D-N.Y.) wrote of the request, “That President Trump is trying to steal funds dedicated to fight Ebola is indicative of his towering incompetence and further proof that he and his administration aren’t taking the Coronavirus crisis as seriously as they need to be.”

In a statement put out Tuesday, retiring House Appropriations Chairwoman Nita Lowey (D-N.Y.) said that House Democrats would work to pass more money than requested to address the coronavirus outbreak without giving Trump the ability to redirect funding.

“The Trump administration’s request for emergency funding is woefully insufficient to protect Americans from the deadly coronavirus outbreak,” the statement said. “Despite urgent warnings from Congress and the public health community, the Trump administration took weeks to request these emergency funds. It is profoundly disturbing that their answer now is to raid money Congress has designated for other critical public health priorities. Worse still, their overall request still falls short of what is needed for an effective, comprehensive government-wide response.”

During a Tuesday morning news conference in India, President Trump took a reassuring stance on the state of the outbreak in the United States, saying that the virus was “very well under control in our country.”

The Centers for Disease Control and Prevention confirmed on Monday that there were 53 cases of coronavirus in the United States, the bulk of which came from Americans evacuated from a quarantined cruise ship, according to the New York Post.

CNBC reported Tuesday that the total confirmed number of global cases is now over 80,000 and there have been at least 2,704 deaths.