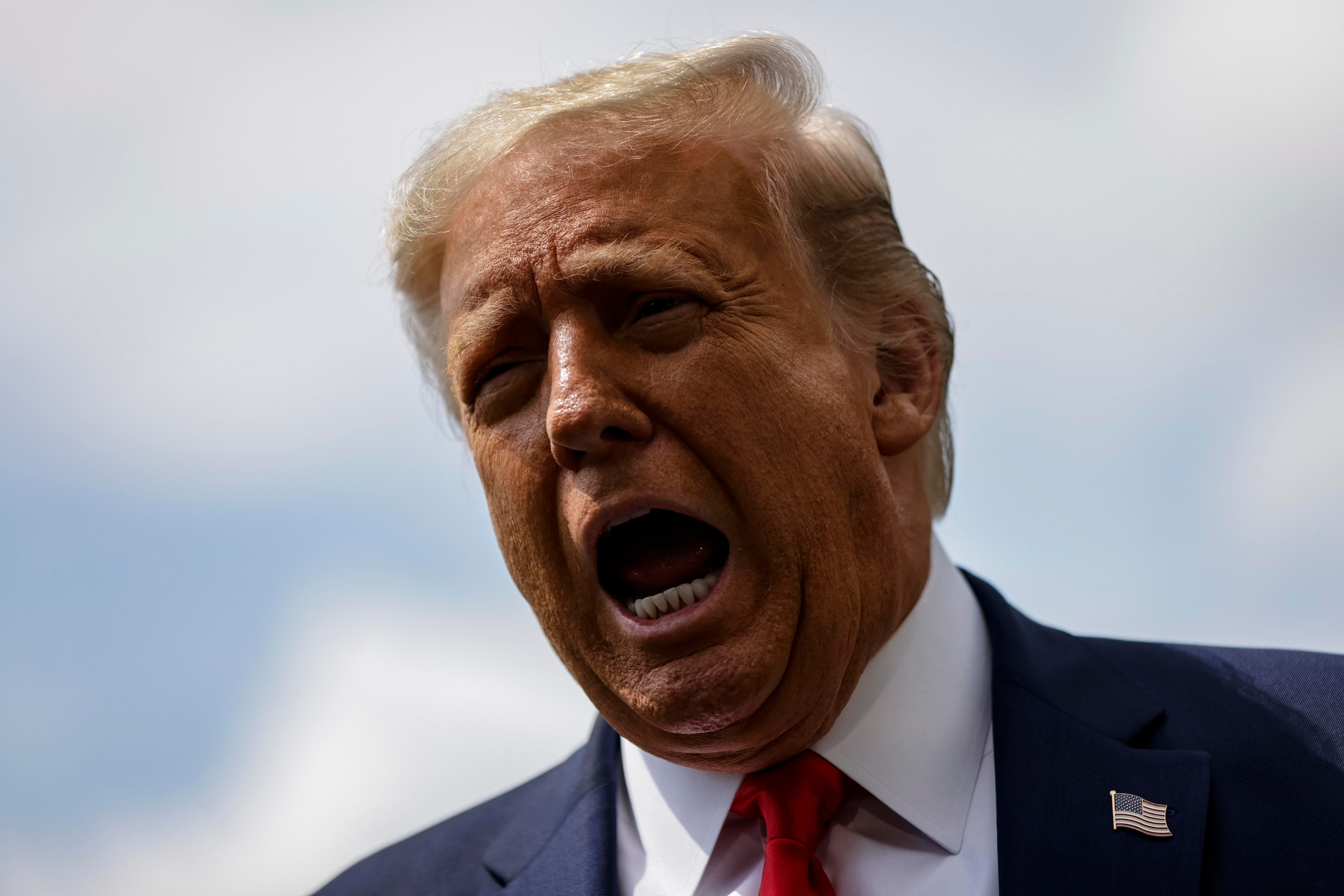 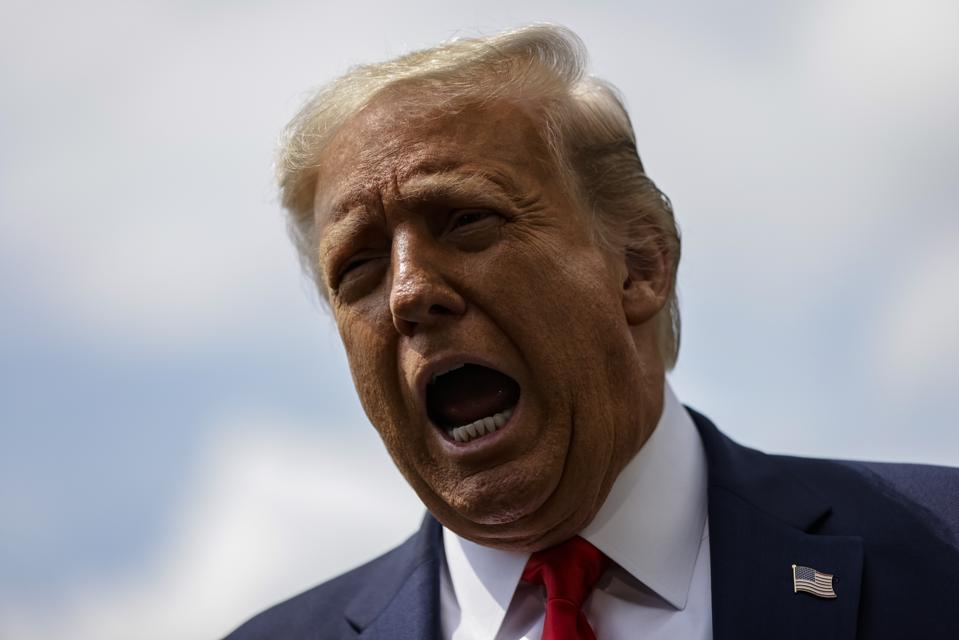 WASHINGTON, DC – AUGUST 06: President Donald Trump stops to talk to reporters as he departs the … [+] White House for a trip to Ohio where he will visit a Whirlpool factory on August 6, 2020 in Washington, DC. After the visit to the factory he will attend a fundraising reception and then head to his properties in New Jersey for the weekend. (Photo by Samuel Corum/Getty Images)

After two weeks of negotiations, the next stimulus bill appears to have stalled in Congress. For almost two weeks, Treasury Secretary Steven Mnuchin and White House Chief of Staff Mark Meadows have been negotiating a deal with Senate Minority Leader Chuck Schumer (D-NY) and House Speaker Nancy Pelosi (D-CA).

They had hoped to reach a deal on Friday but that deadline has since passed. We also learned that the two sides are still quite far apart on many aspects of the package.

It is with that in mind that President Trump has decided to use executive orders to implement certain parts of the next stimulus package.

MORE FROM FORBESCould You Get A Second Stimulus Check By Executive Order?By Jim Wang

He announced those orders at a news conference today detailing what each order would include and then signed them:

What would these four orders do for your finances?

Forbes AdvisorTrump’s Executive Order Boosts Unemployment Benefits by $400: Calculate How Much Could You Receive

The payroll tax refers to FICA, which stands for the Federal Insurance Contributions Act, and it has two parts – Social Security and Medicare. Payroll tax is deducted from your paycheck to cover those two social programs.

The President signed an executive memorandum, titled the “Memorandum on Deferring Payroll Tax Obligations in Light of the Ongoing COVID-19 Disaster,” that will give a payroll tax holiday to employees earning less than $104,000 per year from September 1st through December 31st.

The President said that he would direct the Treasury Department to allow employers to “defer” the payment of payroll taxes and then direct the Secretary of the Treasury to “explore avenues, including legislation, to eliminate the obligation to pay the taxes deferred pursuant to the implementation of this memorandum.”

He would later state that if he was re-elected, he’d “terminate” those taxes. In the past, President Trump has promised to not cut Social Security, Medicare, and Medicaid but this statement seems to indicate that his stance has changed on these social safety net programs.

The eviction moratorium created by the Cares Act also expires at the end of July. It protected renters who were in buildings that had mortgages secured by the federal government.

During the negotiations, Republicans offered to include an eviction moratorium that would last through December 15th.

The President signed an executive order, titled “Fighting the Spread of COVID-19 by Providing Assistance to Renters and Homeowners,” providing eviction protection through the Departments of Housing and Urban Development, Health and Human Services, and the Centers for Disease Control and Prevention. He also suggested there would be financial assistance to renters, homeowners, lenders, and landlords – but he didn’t clarify how.

The $600 per week federal unemployment benefit created by the Cares Act expired last month and negotiators had been working towards extending a lesser amount.

The President signed an executive memorandum, titled the “Memorandum on Authorizing the Other Needs Assistance Program for Major Disaster Declarations Related to Coronavirus Disease 2019,” that would give a $400 per week in enhanced federal unemployment benefits through December 27th.

Forbes AdvisorTrump’s Executive Order Boosts Unemployment Benefits by $400: Calculate How Much Could You Receive

The Cares Act put federal student loans into administrative forbearance with an interest rate of 0% through September 30, 2020. With the end of that forbearance looming large, many with large student loans are wondering what will happen.

The President signed an executive memorandum, titled “Memorandum on Continued Student Loan Payment Relief During the COVID-19 Pandemic,” that would extend that policy through the end of the year.

These executive orders will certainly be challenged in court and so we will have to see how it all plays out. The President alluded to this in the conference but promised that the challenges would fail.

For now, they have the signature of the President.

This will also affect the negotiations over the next stimulus package, which includes far more than the four items affected by the President today.

Did You Get A Second Stimulus Check Today? Here’s Why

A Deal? Is The Next Stimulus Package Expected Tomorrow?