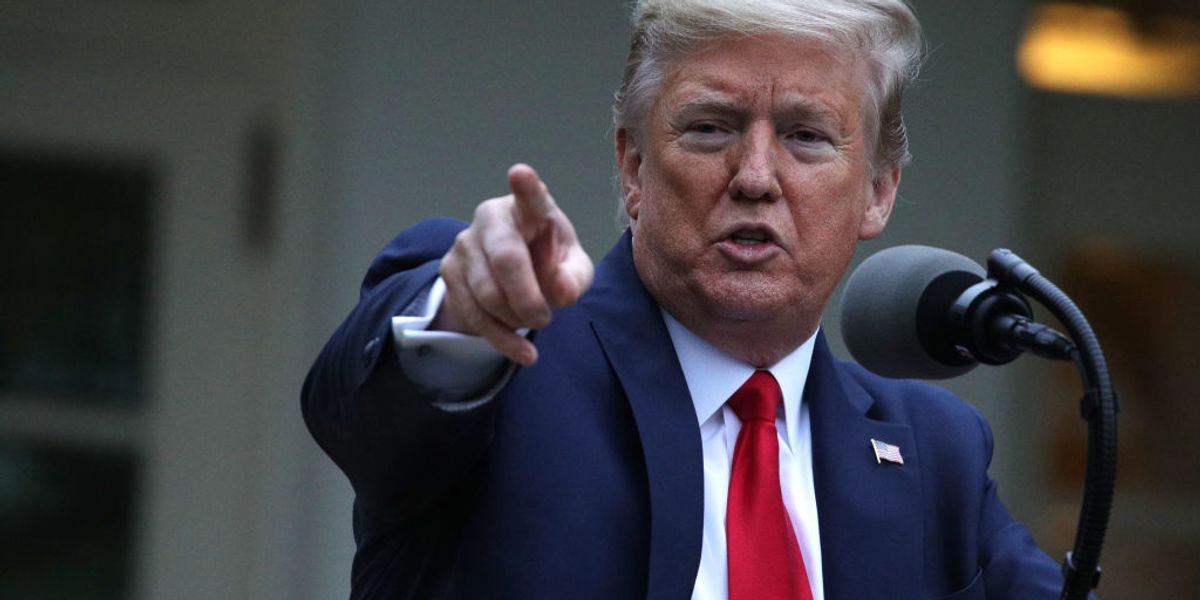 President Donald Trump launched a tweetstorm on Saturday afternoon about a California special election. Trump accused California Democrats of “trying to steal another election” and said that the election process in Gov. Gavin Newsom’s state is “all rigged out there.”

The primary election for California’s 25th congressional district was held on March 3, 2020, but no candidate received more than 50% of the primary vote. So now the top two finishers, Christy Smith (D) and Mike Garcia (R), will face off against each other in a runoff election on May 12, 2020, to claim Hill’s vacated seat. The winner of the special election will finish the remaining balance of Hill’s term in the 116th Congress.

Trump has endorsed Garcia, who is a former Navy fighter pilot, and said Smith is “mocking our Great Vets!”

Smith was accused of smearing Garcia and other military veterans for her comments two weeks ago.

“I sent to my team, we both logged on because we had to do this virtual coin toss and I texted my team, and I’m like, ‘OK, he’s got pictures of planes behind him and I’ve got constitutional law books,'” Smith said.

“Without question, I have the deepest respect for Mike Garcia’s service to our country and I’m sorry for comments that I made that might suggest otherwise,” Smith said in a statement.

@ChristyforCA25 and her liberal Dem allies didn’t say anything for weeks even though the polling places were in full view of the public. Even after every voter received a ballot, they are desperate and trying to change the rules to steal an election. We can’t let them succeed! The right to vote is sacred and something I fought to protect for nearly two decades. But our citizens should also expect a fair process free from political games.

Trump then tweeted: “CA25 is a Rigged Election. Trying to steal it from @MikeGarcia2020. @GavinNewsom must act now!”

“Governor @GavinNewsom of California won’t let restaurants, beaches and stores open, but he installs a voting booth system in a highly Democrat area (supposed to be mail in ballots only) because our great candidate, @MikeGarcia2020, is winning by a lot,” Trump added. “CA25 Rigged Election!”

“So in California, the Democrats, who fought like crazy to get all mail in only ballots, and succeeded, have just opened a voting booth in the most Democrat area in the State,” Trump tweeted. “They are trying to steal another election. It’s all rigged out there. These votes must not count. SCAM!”

On Friday, Newsom signed an executive order requiring that every voter in the state receive a mail-in ballot ahead of the November general election because of coronavirus fears. Voters will have the option to mail in their ballots or vote in-person.

Trump has been vehemently opposed to mail-in voting.

“Mail ballots, they cheat. Mail ballots are very dangerous for this country because of cheaters,” Trump said last month. “They go collect them. They are fraudulent in many cases. They have to vote. They should have voter ID, by the way.”