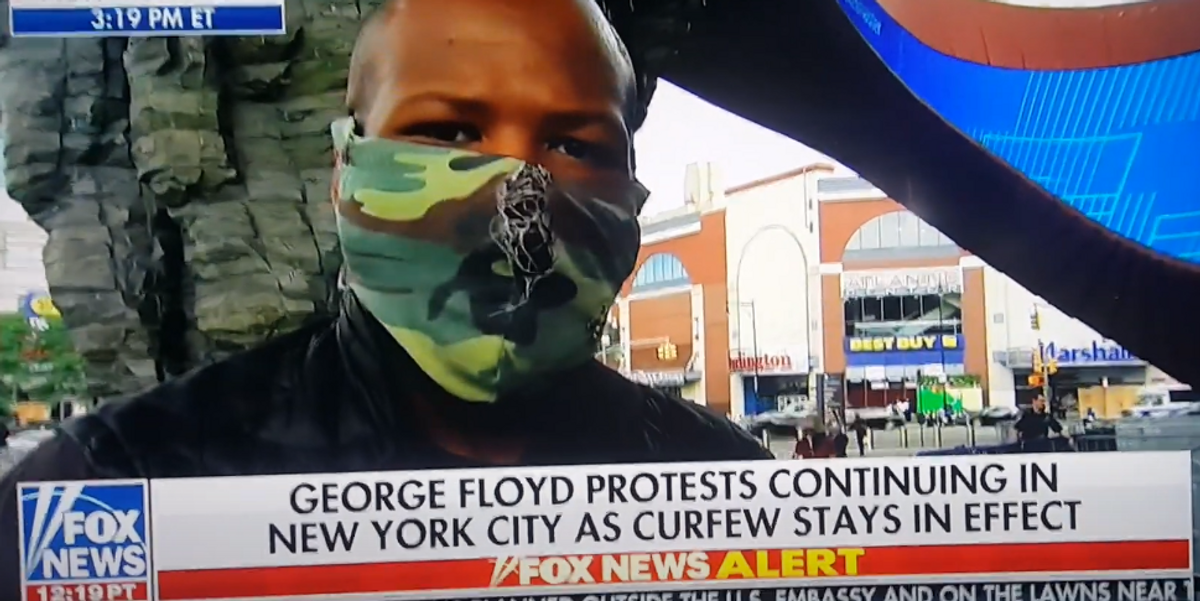 A protest leader delivered an ominous threat to burn down New York City’s Diamond District on Friday night if the mayor and governor refuse to meet him and his organization. The vague threat was all said during a live TV segment.

During a Fox News interview, a man who identified himself as “Ace Burns 2020,” hinted that he would burn down the Diamond District. The man said he was organizing a march from the Barclays Center in Brooklyn to City Hall on Friday night. If Gov. Andrew Cuomo (D) and Mayor Bill de Blasio refused to speak with protesters at City Hall, the man hinted there would be fiery repercussions.

“Today I’m leading a demonstration from Barclay Center at 6 p.m. to City Hall, and that’s the first stop. We’re hoping de Blasio and Cuomo come out and talk to us and give the youth some direction,” the man stated. “But if they don’t, the next stop is the Diamond District. And gasoline, thanks to Trump, is awfully cheap.”

“That person was, basically suggesting that they plan to go to the Diamond District, which is run by Orthodox Jews here in New York City,” Shawn said. “Certainly hope that is not the case and we do not endorse, or in fact we condemn that type of language her on the Fox News channel. Someone saying that certainly should be called out in terms of any type of potential threat of any sort that we just heard, live from someone who’s interviewed here on this channel.”

Ace Burns said that he has camped out in front of the Barclays Center since June 3. He added that he is “camped out here indefinitely,” as long as there are protests and “so long as there is black people dying in the streets.”

In a Twitter video, the man told Cuomo that he needs to speak to him. “I’m not requesting anything. You’re going to give us a seat at the table,” the man said. “My ancestors earned this right. I didn’t ask to come here.”