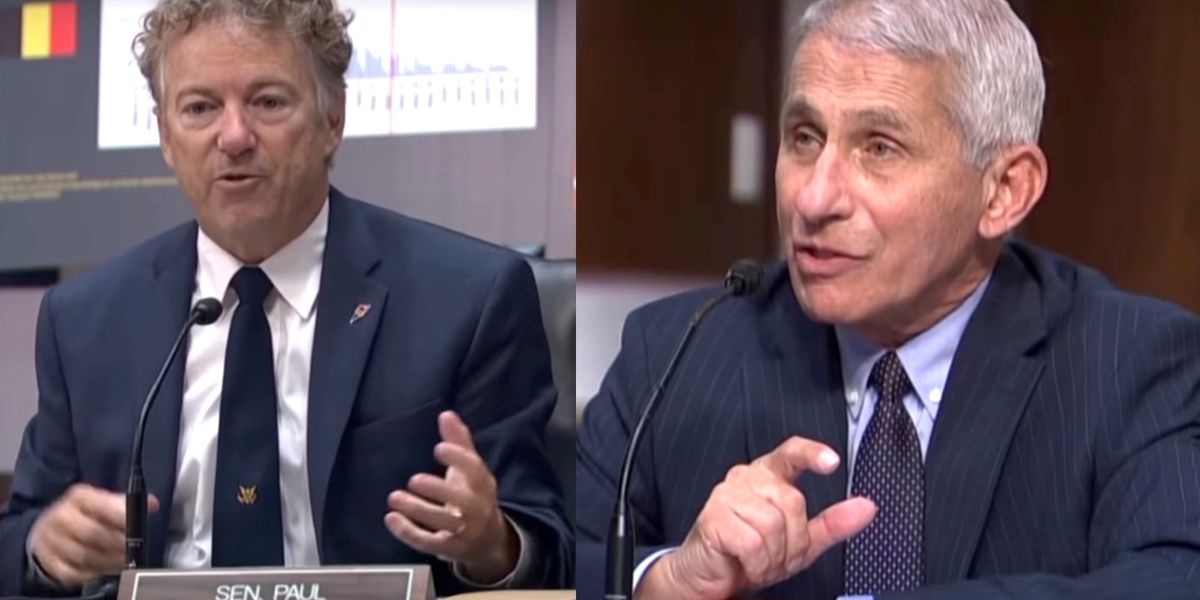 Sen. Rand Paul (R-Ky.) berated Dr. Anthony Fauci over what he called the politicization of the coronavirus response, specifically in relation to the reopening of schools.

The top expert on the president’s White House coronavirus task force was testifying before the Senate Health, Education, Labor and Pensions Committee when Paul accosted him.

“When are we gonna tell the people the truth?” Paul asked.

“That it’s OK to take their kids back to school. Dr. Fauci, every day, virtually every day we seem to hear from you things we can’t do. But when you’re asked, ‘Can we go back to school?’ I don’t hear much certitude at all, I hear, ‘Well maybe it depends,’ ” Paul said.

“All of this body of evidence about schools around the world shows there’s no surge. All of the evidence shows it’s rare. I mean, we’re so politicized this and made it politically correct that the WHO releases that it’s rare, you have a scientist up there honestly giving her opinion. What happens to her? She’s blackballed and her report that she refers to is taken off the website!” he continued.

“When you go to that scientist’s speech and you try to click on the link, the WHO has now screened it from us because it said something that’s not politically correct. Guess what? It’s rare for kids to transmit this. But I hear nothing of that coming from you! All I hear, Dr. Fauci, is we can’t do this, we can’t do that, we can’t play baseball, even that’s not based on the science! I mean flu season peaks in February, we don’t know if COVID is gonna be like the flu season, it might, but we don’t know that!” Paul said.

“But we wouldn’t ban school in October. You might close some schools when they get the flu, we need to not be so presumptuous that we know everything!” he added.

“But my question to you is can’t you give us a little bit of more on schools, that we can get back to school, that there’s a great deal of evidence, and that it’s actually good. Good evidence that kids aren’t transmitting this, it’s rare! And that kids are staying healthy and that yes, we can open our schools?” Paul concluded.

“So very quickly, Senator Paul, I agree with a lot of what you say about you know, this idea about people having to put their opinions out without data. And sometimes you have to make extrapolations because you’re in a position where you need to at least give some sort of recommendation,” Fauci said.

“But if you were listening, and I think you were, to my opening statement and my response to one of the questions, I feel very strongly we need to do whatever we can to get the children back to school,” he explained. “So I think we are in lock agreement with that.”

Fauci then explained how the media had misreported his statements about whether or not certain sports could be played under the pandemic.

“I agree with you,” he said. “I am completely unqualified to tell you whether you can play a sport or not. The only thing that I could do, is to the best of my ability give you the facts and the evidence associated with what I know about this outbreak.”

Here’s the debate between Sen. Paul and Dr. Fauci: