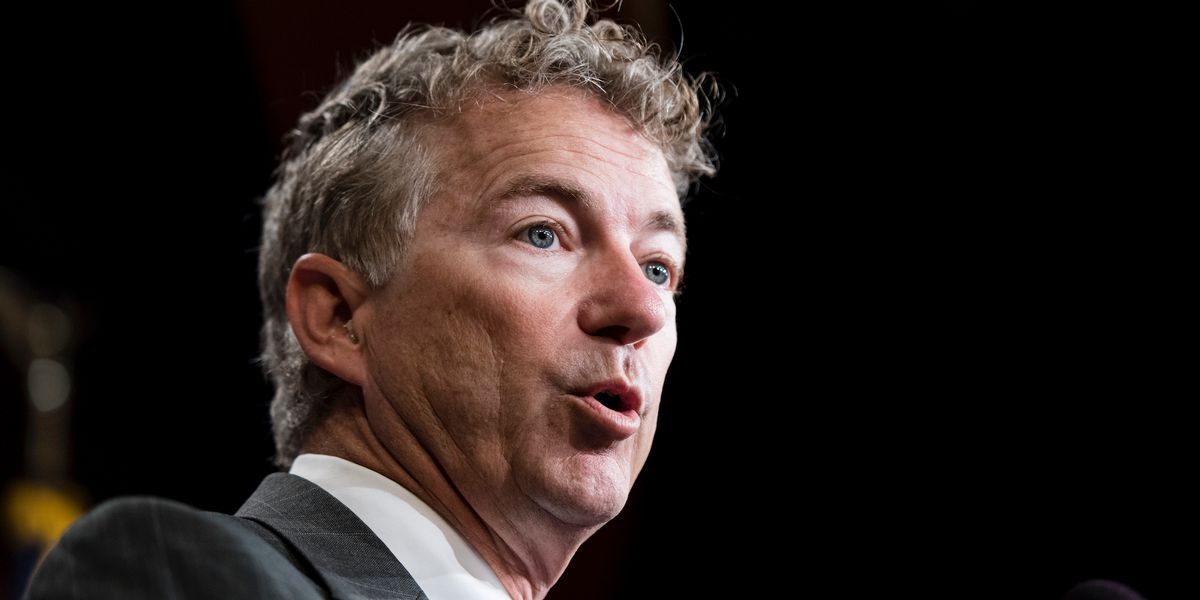 Republican Sen. Rand Paul of Kentucky excoriated his colleagues in Congress over their efforts to provide relief to Americans while putting the country in debt instead of opening up the economy.

“If you print up billions of dollars and give it to people, they are unlikely to spend it until you end the quarantine,” said Paul in his speech on the Senate floor on Tuesday after returning from his battle with coronavirus.

He went on to point out that there were some studies showing that experts’ predictions of mortality rates from coronavirus could be inaccurate and overblown.

“The virus is still dangerous,” he added, “and we shouldn’t ignore the risks, but we should put those risks in perspective!”

Paul said that these randomized studies show that America can manage the coronavirus without continuing the “draconian” lockdown policies.

Plagued by a lack of commerce, not money

“So today I arise in opposition to spending $500 billion more. The virus bailouts have already cost over two trillion dollars. Our annual deficit this year will approach four trillion dollars!” he said.

“We can’t continue on this course!” Paul added.

“No amount of bailout dollars will stimulate an economy that is being strangled by quarantine!” he exclaimed. “It is not a lack of money that plagues us, but a lack of commerce!”

Paul praised the numerous efforts from Americans to combat the coronavirus pandemic, then returned to the subject of the debt amassed by the relief bills.

“With the recent $2 trillion bailout we are borrowing faster than we have ever borrowed before!” he continued. “Had we practiced sound budgeting in the past, we would have been better, significantly better position to weather this storm.”

He pointed out that the most recent statistics said more than 20 million Americans were unemployed.

“Make no mistake. The massive economic calamity we’re experiencing right now is caused by government. Passing out $1,200 checks indiscriminately, to people who haven’t lost their job, will do nothing to rescue the country!” he explained.

“Our recovery only comes when the quarantine is ended,” Paul added.

Paul said that economists should also weigh in on what the balance should be between fighting a virus and causing harm to the entire economy.

“We need to get past a one size fits all approach to infectious disease!” he said.

Paul also decried the passage of the massive relief bill without a recorded vote.

“I don’t want to see this massive accumulation of debt destroy this great country,” Paul concluded. “So my advice to the Senate and to the American people is, let’s be aware of what we’re doing by creating all this new debt and let’s think before we jump to a terrible terrible conclusion.”

Here’s the video of Paul’s speech: