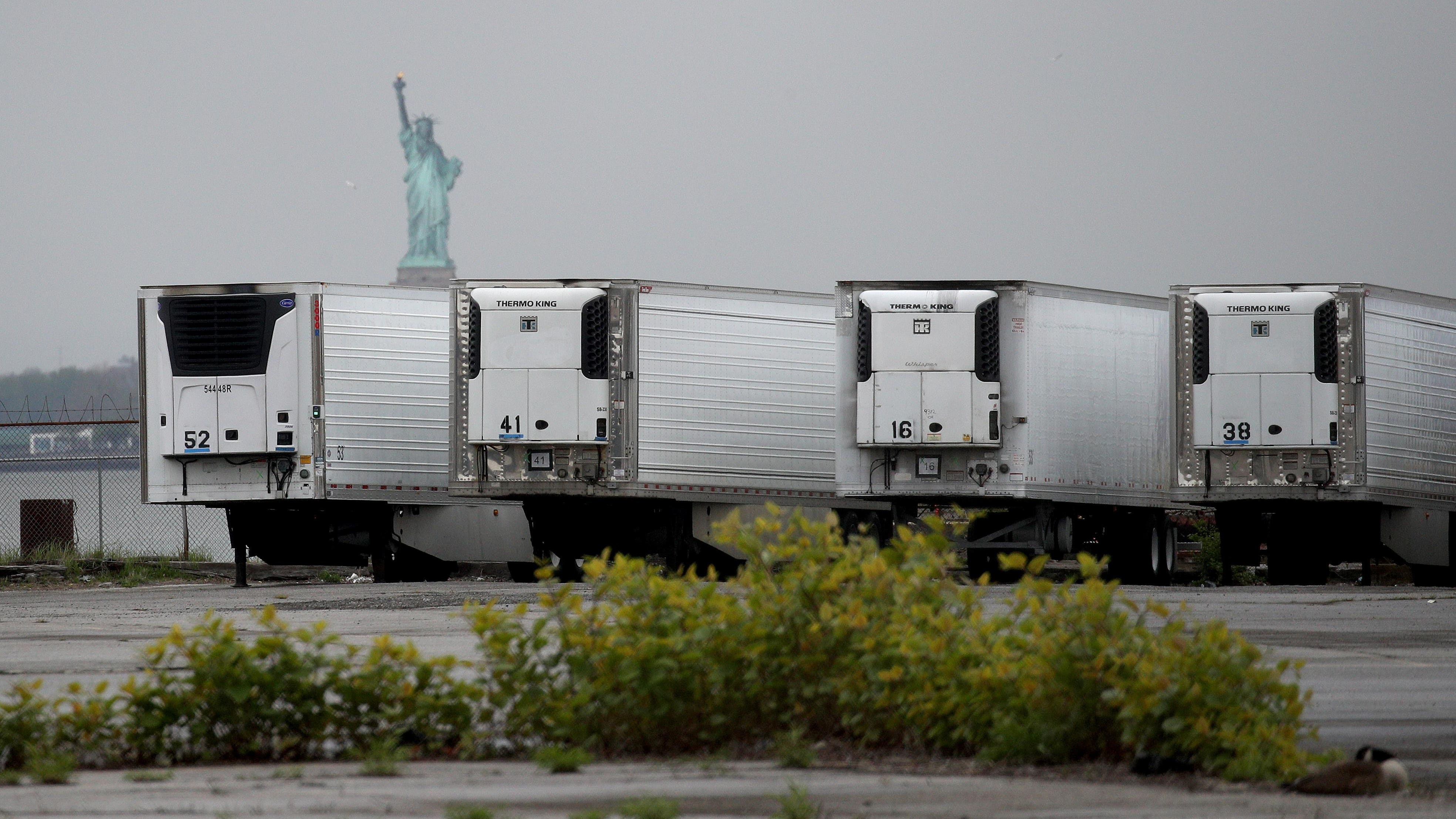 More than half a year after New York City’s deadly coronavirus surge, hundreds of bodies are still being stored in freezer trucks on the Brooklyn waterfront, The Wall Street Journal first reported Sunday, a show of just how unprepared the country’s systems were for handling this deadly pandemic. 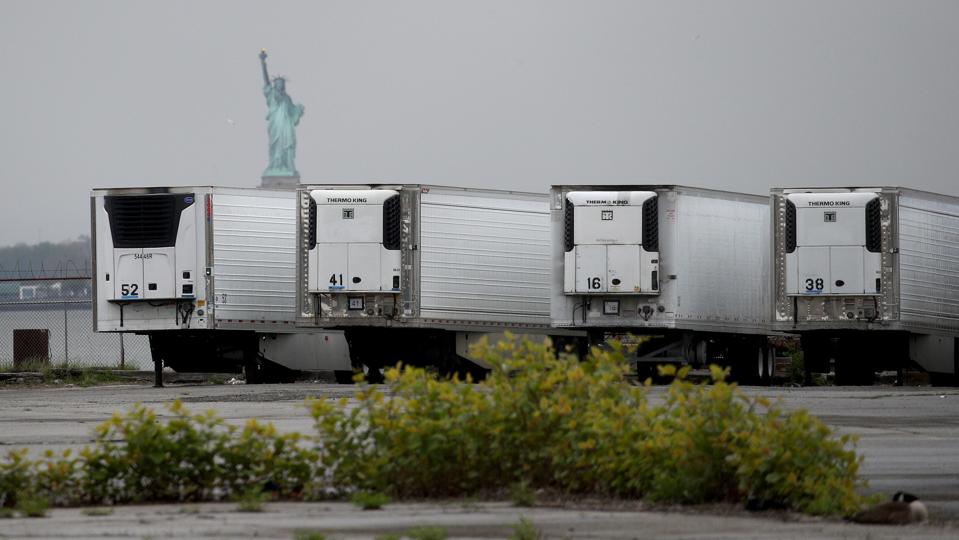 Refrigerated trucks functioning as temporary morgues are seen at the South Brooklyn Marine Terminal … [+] on May 06, 2020 in the Brooklyn borough of New York City.

Per the report, about 650 bodies are still being stored in freezer trucks at a disaster morgue that was set up on a pier in Sunset Park in April.

According to New York City’s Chief Medical Examiner, many of the bodies are people who either couldn’t afford a proper burial or whose families couldn’t be located.

The Chief Medical Examiner’s office, which has 15 forensic-investigations staffers tasked with identifying bodies, was unprepared for the demands of the unprecedented and unexpected coronavirus pandemic, The Wall Street Journal found.

Equipped to handle 20 deaths a day, the number of deaths added to its caseload rose to around 200 per day during the height of New York City’s Covid-19 outbreak.

Due to the delays that resulted, some families found out “weeks or months after the fact that a loved one had died and was awaiting collection,” according to the WSJ.

Covid-19 also complicated tracking down family members, who the Medical Examiner’s office said on several occasions couldn’t be found because they themselves had also died from the virus.

Before the pandemic, many of the unclaimed bodies would’ve been buried on Hart Island, located in the northeastern Bronx in New York City. However, Mayor Bill de Blasio barred mass burials after it was reported the city was considering using temporary graves on the island.

24,202. That’s how many have died from Covid-19 in New York City. The majority of those deaths happened during late March, April and early May.