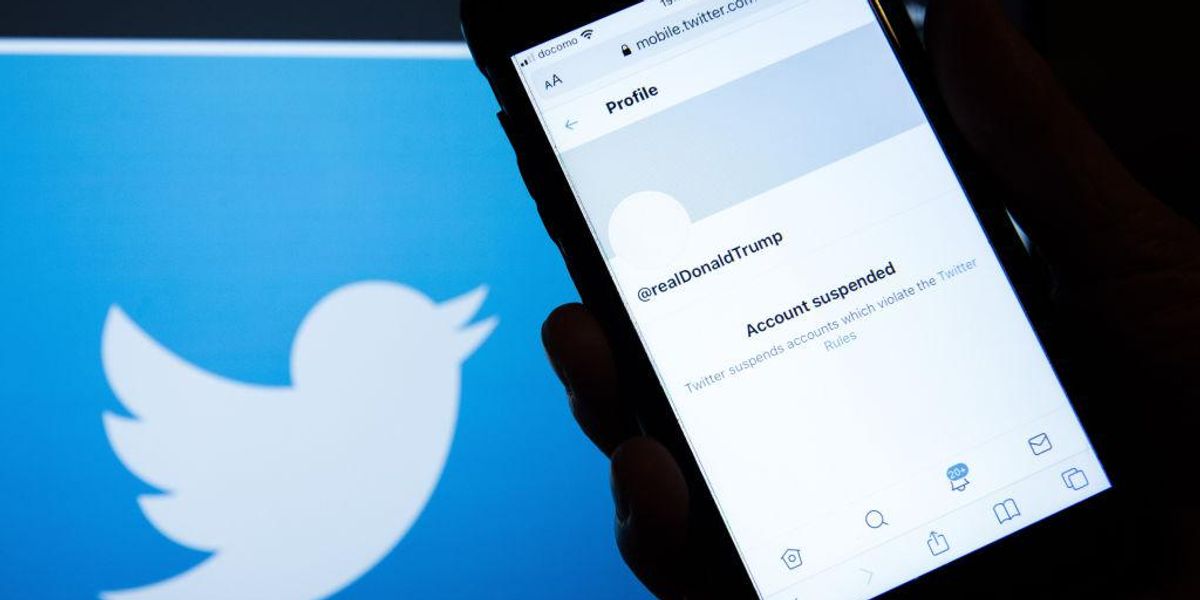 President Trump is planning to fight against Big Tech’s censorship of conservatives during his final days in office, a White House adviser reportedly told CNN on Sunday.

The adviser allegedly told the news outlet that the president plans to use “his permanent suspension from Twitter as an opportunity to shift the narrative away from the insurrection on Capitol Hill earlier in the week,” instead spotlighting the left’s attempts to censor conservative ideas and voices.

“This isn’t just about President Trump, but this is literally about the 75 million Americans [who supported him],” the adviser claimed.

Last Friday — after supporters of the president stormed the U.S. Capitol while Congress was in session — Twitter announced that Trump would never again be permitted a voice on the platform “due to the risk of further incitement of violence.” Facebook also took action to de-platform Trump “indefinitely,” though the company refrained from instituting a permanent ban on the president, at least for now.

The actions provoked concern that Big Tech’s censorship wouldn’t stop with the president, but move on to affect conservatives at large. Furthering those concerns, tech giants Apple and Amazon have taken steps over the past several days to de-platform Parler, a conservative Twitter alternative, unless the free speech company implemented a content moderation plan.

Meanwhile, some conservative voices on Twitter have reported that the company has purged thousands of their followers in the wake of the Capitol riot. The loss of followers could be due to the company’s removal of QAnon-linked accounts or users voluntarily removing themselves from the platform.

BlazeTV reporter Elijah Schaffer was investigated by CNN and temporarily suspended from Facebook and Instagram over his live reporting of the events inside the Capitol last Wednesday.

“Big Tech and Capitol Hill Democrats seem to have the magic ability to galvanize the Republican base in a way that only they know how to do,” the adviser added in conversation with CNN.

In a surprising assessment of the recent Big Tech censorship of President Trump, even the American Civil Liberties Union, a group which normally fights conservative causes, expressed concern over the “unchecked power” of large social media companies.

“We understand the desire to permanently suspend him now, but it should concern everyone when companies like Facebook and Twitter wield the unchecked power to remove people from platforms that have become indispensable for the speech of billions — especially when political realities make those decisions easier,” the organization said in a statement.

The report noted it remains to be seen what exactly the president will do — or even can do — at this late stage of his presidency. But it seems certain that in the coming months, calls to strip social media companies of their legal protections under Section 230, a move supported by the president, will likely increase.