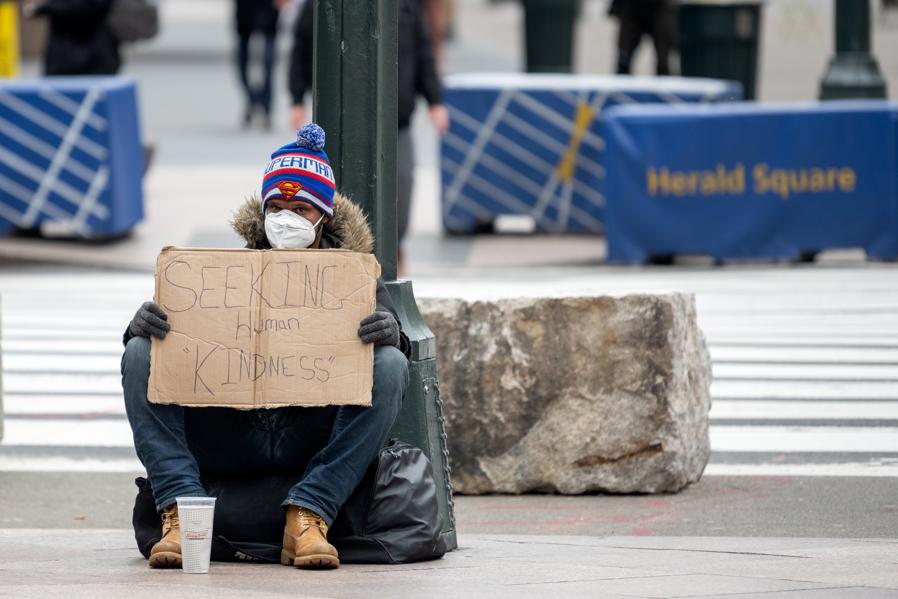 As jobless claims surged last week to 22 million nationwide, nearly half of all states have reported double-digit percent losses to the cash reserves they use to pay unemployment claims, according to a new analysis by the Wall Street Journal, raising the possibility that states may need a federal bailout in order to help keep the unemployed afloat. 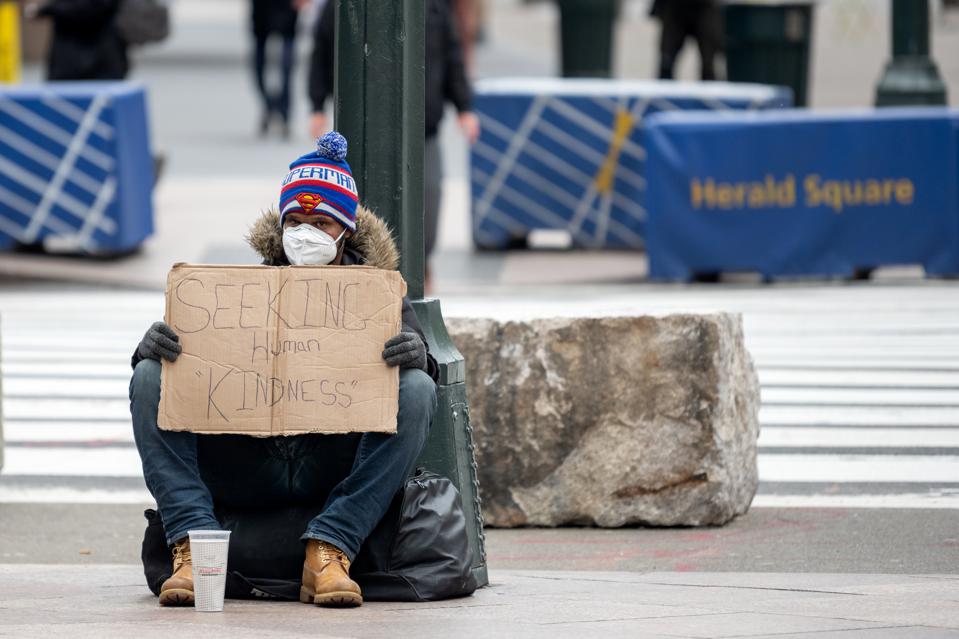 NEW YORK, NY – APRIL 19: A homeless person wearing gloves and a protective mask sits with a sign … [+] that reads, “Seeking Human Kindness” amid the coronavirus pandemic, which has made 22 million Americans jobless.

Nearly 50% of states including California, New York and Massachusetts have drained almost half of their total trust fund reserve in funding unemployment payments for those out-of-work due to the coronaviru pandemic, per WSJ.

With unemployment rising week over week, states could run out of money and need loans from the federal government, say economists.

While the federal stimulus package pays for an additional $600 per week for those who are out of work due to the crisis,, states still pay the pre-coronavirus unemployment rate to residents who have filed jobless claims.

New York had one of the steepest declines in cash reserves and has requested  a $4 billion no-interest loan from the federal government in order to pay unemployed residents.

The Wall Street Journal arrived at this conclusion by crunching Treasury Department data.

Since President Trump declared coronavirus a national emergency on March 13, 22 million Americans have filed for unemployment, a sweeping rate of job loss not seen since the Great Depression. Both federal and state governments have struggled to provide unemployment benefits to individuals, and the federal stimulus package has quickly run through its initial cash earmarked for small businesses that have lost jobs and shuttered as a result of coronavirus.

“How on earth do you think that New York City can get back on its feet without federal support?” said New York City mayor Bill de Blasio to Trump on Sunday. “Mr. President, are you going to save New York City, or are you telling New York City to drop dead?