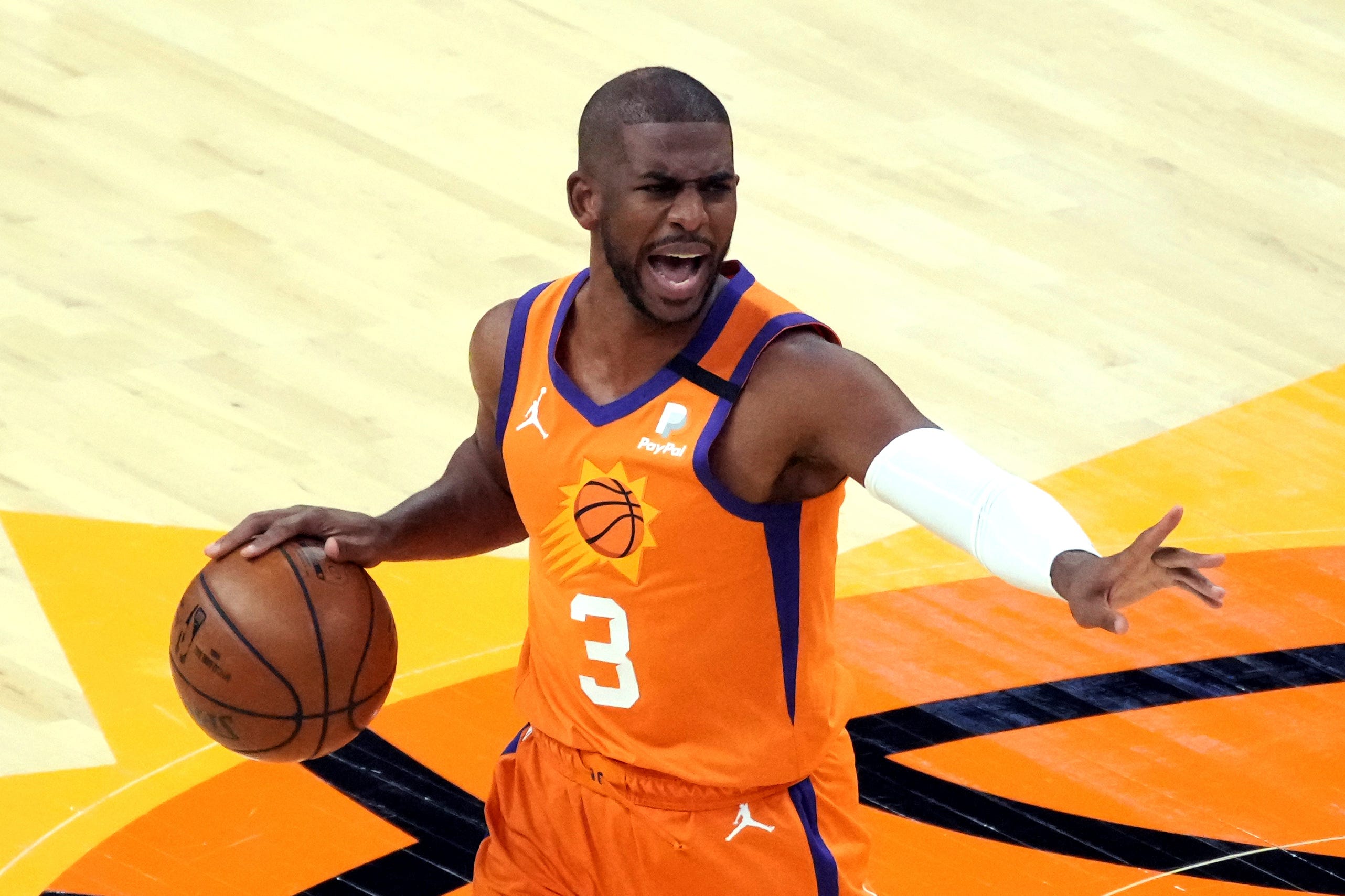 Phoenix Suns general manager James Jones was eager to start talking with Chris Paul on Monday about his future with them.

“We’ll know what his decision is at that point in time,” said Jones during the second round of Thursday’s NBA Draft.

Looks like Jones won’t have to wait until 3 p.m. Monday when free agents can begin negotiating with teams to find out Paul’s first move.

The 16-year veteran who led the Suns to the NBA Finals in his first season in Phoenix has reportedly declined his 44.2-million player option to become an unrestricted free agent.

The Athletic reported the news as the 16-year veteran is in running to receive a three-year deal for $90 million at least.

“I think what we have is enticing,” Jones said. “I think he likes being here. We like having him here. So I’m confident that we will be able to have a conversation hopefully in the coming days that will make everyone happy.”

He raised his scoring average in the postseason to 19.2 points a game and averaged 8.2 assists in this year’s playoffs.

After the third-seeded Milwaukee Bucks eliminated the second-seeded Suns in Game 6 of the finals, Paul was asked about his future with the Suns.

“We just lost a few minutes ago, you know what I mean?” Paul said at Fiserv Forum. “Right now we’re going to process this and figure this out. I think everything else will take care of itself.”

Paul arrived in an offseason trade in which the Suns sent four players with two being starters Ricky Rubio and Kelly Oubre Jr., and a 2022 first-round, pick to the Oklahoma City Thunder for the 11-time All-Star and reserve wing Abdel Nader.

Reuniting with Suns coach Monty Williams, who coached Paul in his first season as an NBA head coach in 2010-11, and lead assistant Willie Green, a teammate of his in New Orleans and with the Los Angeles Clippers, Paul was the catalyst in Phoenix finishing the regular season with the NBA’s second-best record at 51-21.

Why Scores of Female Athletes Are Speaking Out on Abortion Rights