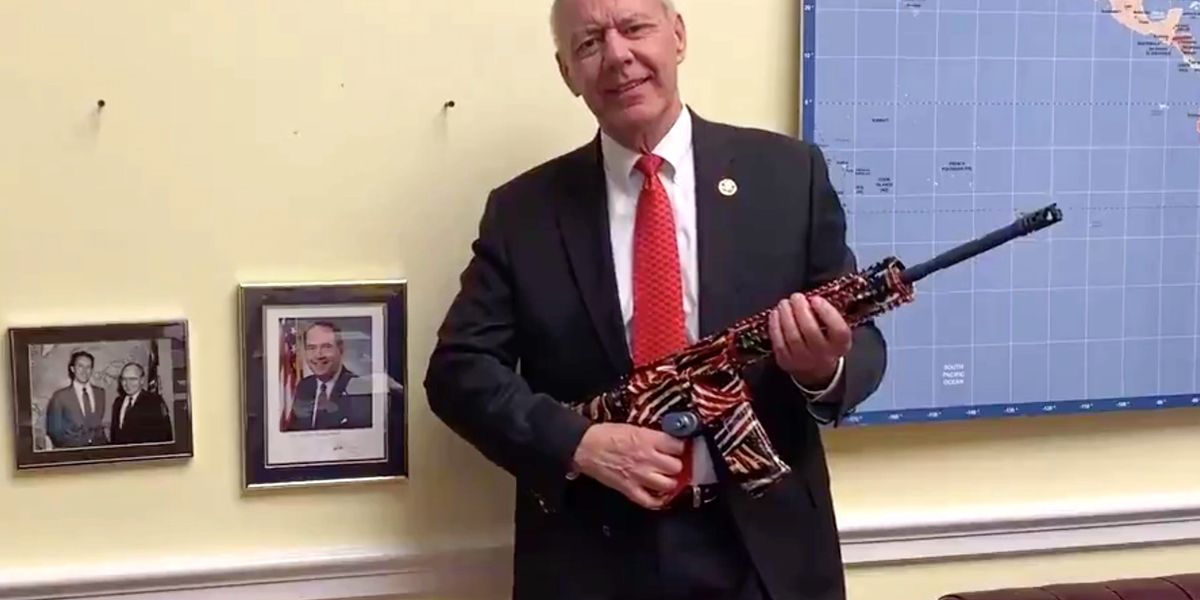 “I have just one message for Joe Biden and Beto O’Rourke, if you want to take everyone’s AR-15s, why don’t you swing by my office in Washington, D.C. and start with this one? Come and take it,” tweeted Buck on Friday.

Buck takes his AR-15 off the wall in the video and poses with it to emphasize his point.

He was responding to Biden announcing that O’Rourke was going to head up his gun control campaign on Monday. O’Rourke is well known for making extreme promises on expanding gun control.

The brazen challenge from Buck didn’t fare well in the minds of Democrats, especially Rep. Haley Stevens (D-Mich.), who tweeted that she had contacted the congressional sergeant-at-arms about her colleague’s gun.

“Your congressional office is not your private home. It is a public space,” Stevens responded.

“This behavior is threatening and unacceptable,” she added. “I feel unsafe with this in my place of work. I have been in contact with the Sergeant at Arms to express my concerns.”

O’Rourke also responded in a tweet claiming that the video helped to prove that more gun control was needed.

“This guy makes the case for both an assault weapons ban and a mandatory buyback program better than I ever could. These are weapons of war that have no place in our communities, in our politics or in our public discourse,” said O’Rourke.

Sen. Duckworth (D-Ill.) took a different swipe at Buck and admonished him for not practicing the proper gun safety techniques.

“Treat *every* weapon as if it is loaded and ready to fire at all times, and never orient the muzzle towards a target you do *not* intend to destroy,” she tweeted.

Here’s a local news report about the video: