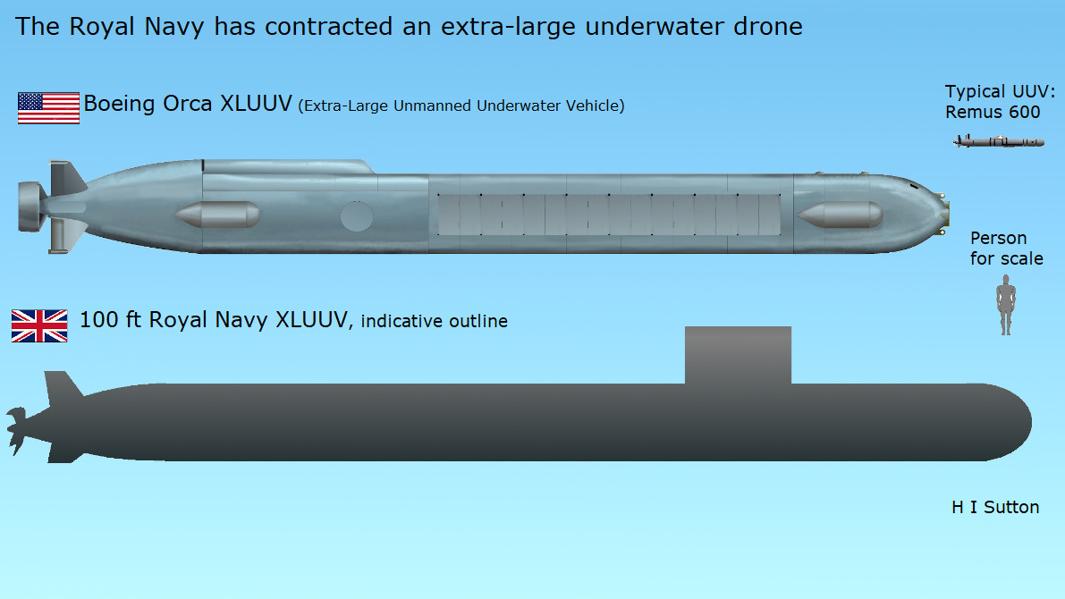 The Royal Navy have awarded a contract for what may be the world’s largest underwater drones. Armed submarine drones are just around the corner and the U.K.’s Royal Navy does not intend to be left behind. The ‘Manta’ XLUUV (extra-large uncrewed underwater vehicle) will be 100 ft long and have the capacity to be armed. This means that Britain is joining the U.S. in leading world development of full-sized underwater combat drones. 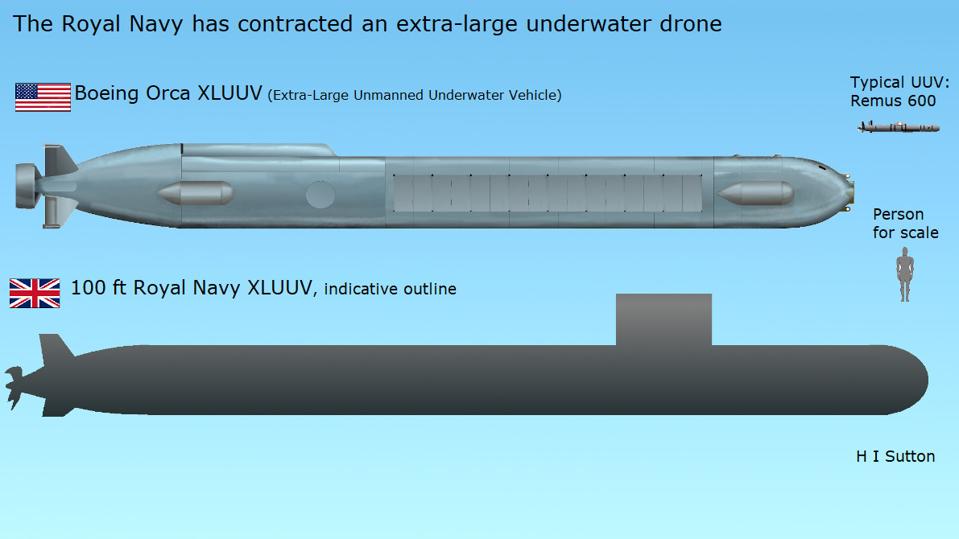 The news was shared by Admiral Anthony Radakin, First Sea Lord, at the Underwater Defence & Security conference Thursday. The event, taking place in Southampton, United Kingdom, is attended by NATO and NATO-friendly navies and defense firms. Details were later confirmed by the Royal Navy.

The Royal Navy does not have plans to increase the number of Astute Class nuclear powered attack submarines or next generation SSN(R). So XLUUVs could be an affordable force multiplier.

Steve Hall, Chief Executive of the Society for Underwater Technology (SUT), says that there are other challenges which this project will help the Royal Navy overcome. XLUUVs will take the International Rules of the Road, the maritime law designed to prevent collisions, into uncharted territory. And adding an armament will further complicate the law. This situation is similar to when armed aerial drones were first being used. Aerial drones generally have a human in the loop before the weapon is fired, but this may not be practical for an autonomous submarine. 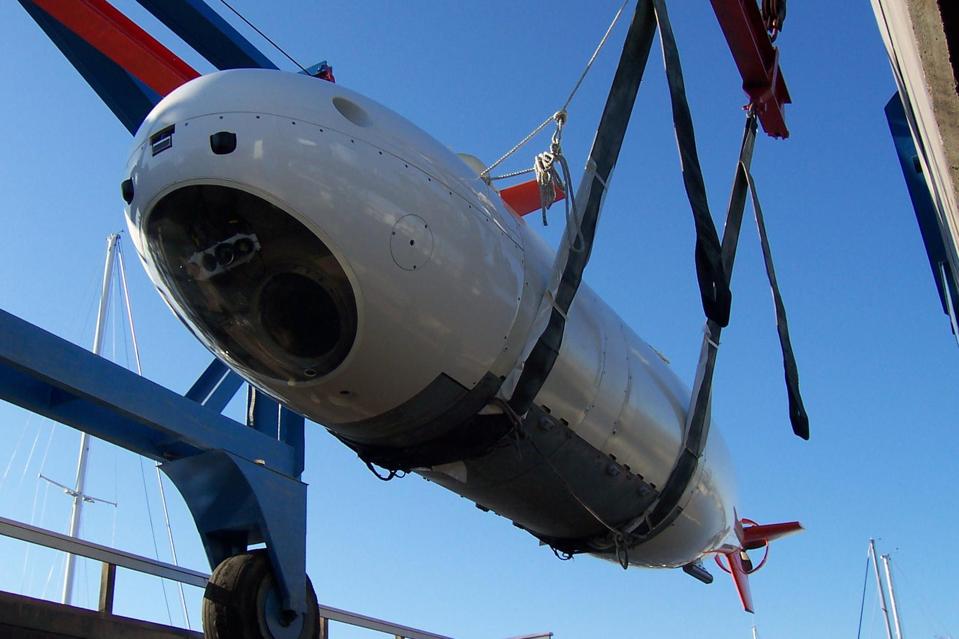 The contract has been awarded to U.K. based MSubs Ltd, part of the Submergence Group. The company has a history of building midget submarines and large autonomous underwater vehicles. Customers include the U.S. Navy SEALs, whose new Dry Combat Submersible (DCS) is entering service. The U.S. Navy’s own XLUUV, the Orca, is being built by Boeing however.

One of the most ambitious aspect of the Royal Navy XLUUV is that it will have a range of around 3,450 miles (3,000 nautical miles). This implies a diesel-electric or air-independent-power (AIP) as batteries alone are unlikely to be enough.

The first vehicle will be an enlargement and automation of the existing S201 crewed submersible built by MSubs. But the company offers all-new XLUUV designs including the larger Moray. This has a sail like a submarine and can perform a wide range of roles such as anti-submarine warfare, mine warfare and attacking surface ships. It also conducts surveillance and intelligence gathering, and can support Special Forces. The exact armed roles that the Royal Navy has in mind are unclear, but the Moray may hint at the direction things are going.

China, South Korea and Japan are known to have large AUVs under development. It remains to be seen how Russia may respond to this trend.