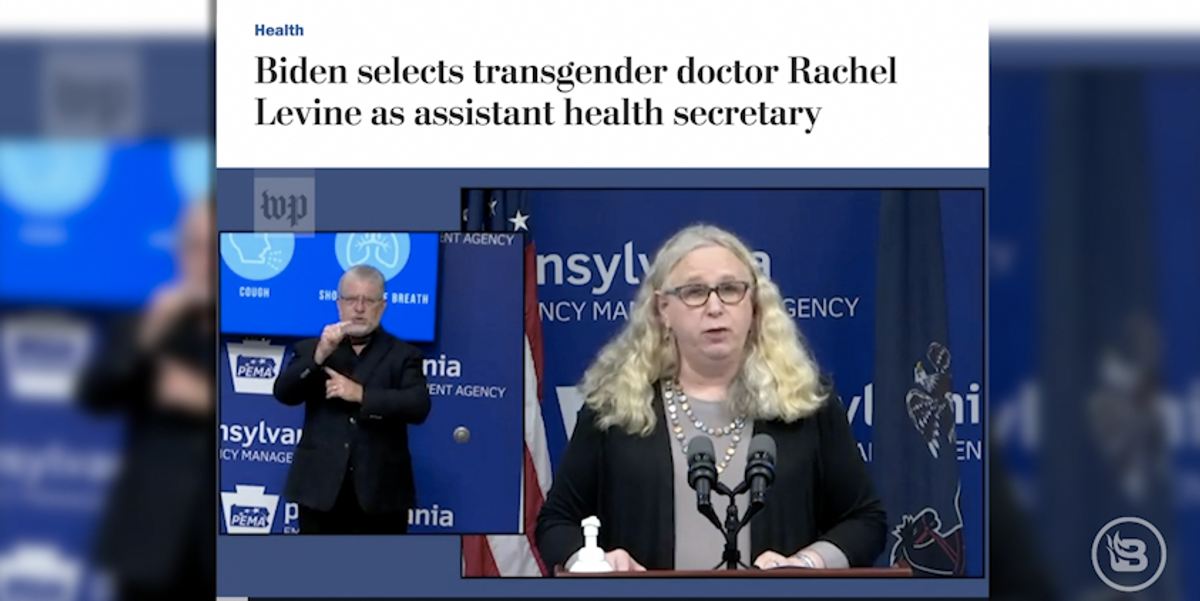 Levine was the Pennsylvania health secretary and is a transgender doctor.

“Don’t debate that,” Deace said. “I wouldn’t even be worried about it.” Deace said he would mock Biden’s choice “mercilessly.” He explained to those in the media industry that there is not a point in writing articles or blogs reasoning about why this was a bad choice.

“Do you think the people that made the choice don’t know that?” Deace asked.

Instead, Deace suggested conservatives try a different approach. “Go to talk to your friends, especially the ones who couldn’t handle Trump’s tweets, and [metaphorically] “rub their noses in it.”

Watch the clip for more.

To enjoy more of Pat’s biting analysis and signature wit as he restores common sense to a senseless world, subscribe to BlazeTV — the largest multi-platform network of voices who love America, defend the Constitution and live the American dream.