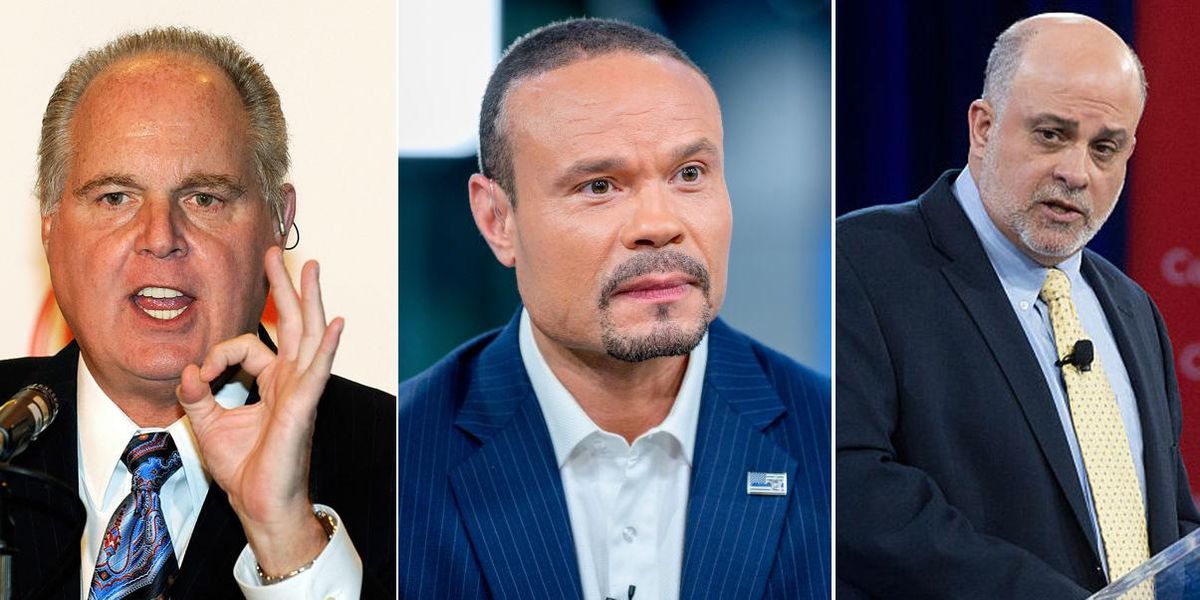 Conservatives noticed Friday that Limbaugh’s account was no longer active, causing many to assume that Twitter had banned Limbaugh.

Rush Limbaugh’s account was not suspended by Twitter…he deactivated it. Twitter will always note when it’s a su… https://t.co/3nFxHUIgrj

“I’m leaving the platform permanently for Parler. I’ll post my final tweet and message for Twitter tomorrow when the 12-hour lockdown ends,” told the Washington Examiner. “F*** these a**holes.”

Levin also said that he was leaving Twitter for good as a “protest” against “Twitter’s fascism.”

“I have suspended my own Twitter account in protest against Twitter’s fascism. I ask all my followers to join me now on Parler and Rumble,” Levin announced Friday.

I have suspended my own Twitter account in protest against Twitter’s fascism. I ask all my followers to join me now… https://t.co/TL3d7HfmVR

The action against Trump appeared to be part of a broader campaign to cleanse Twitter of accounts that have been promoting conspiracy theories and false claims about the election, which are believed to be at least partly responsible for the deadly riots at the Capitol.

On Friday, conservative personalities began noticing their follower numbers dip, bringing attention to what some are called a “purge” of right-leaning accounts.

However, Twitter denied they were engaging in a censorship campaign.

“As part of our work to protect the integrity of the conversation on Twitter, we regularly challenge accounts to confirm account details such as email and phone number. Until the accounts confirm additional account information, they are in a locked state and do not count towards follower counts,” the platform told the Washington Examiner.