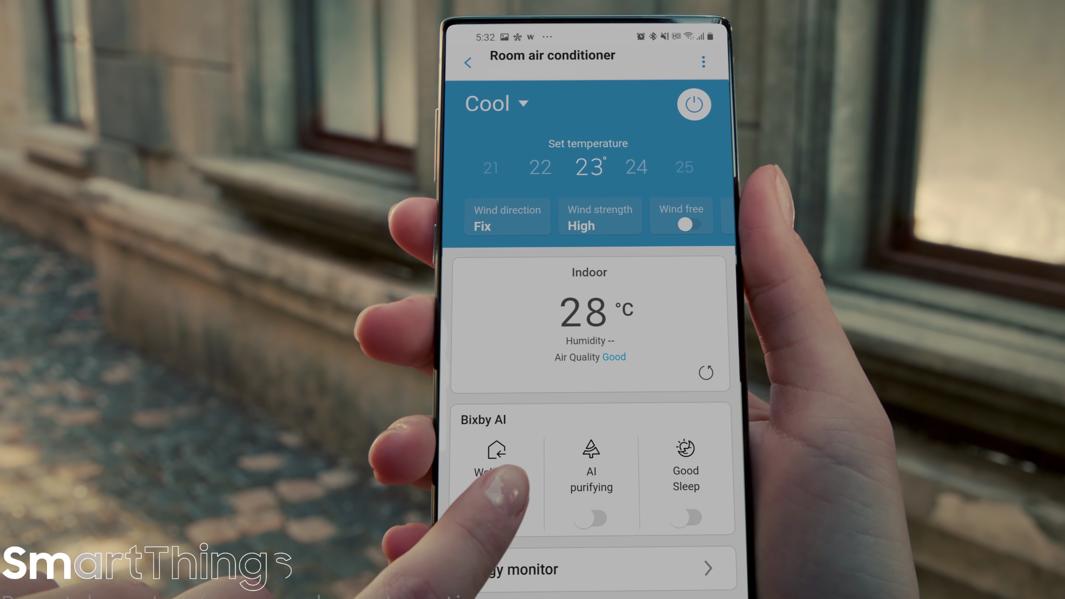 Given everything we already know about Samsung’s Galaxy Note 20, it had looked like the company’s best smartphone of 2020. But that was before Samsung suddenly revealed this stunning new phone.

Spotted by the eagle-eyed BGR, Samsung has casually inserted an eye-catching notch-less, bezel-less, all-screen Galaxy smartphone in an ad for its new ‘Wind free’ home air conditioner (yeah, me too). The device, seen at 0:55, has the harder angles of a Galaxy Note, but without any top bezel or visible front-facing camera.

My initial reaction was that this is too good to be true, but well connected Samsung insider Ice Universe and acclaimed Korean site The Elec have both stated that Samsung will launch a phone in 2020 with an under-display camera.

The Elec explained that, internally, Samsung calls the technology ‘UDC’ (literally, Under Display Camera) and it works by integrating a transparent display over the punch hole. The result is no notch, no visible punch hole and no need for a mechanised pop-up camera. The Elec said Samsung began production of these displays in October, while Ice Universe wrote that it would not launch on one of the established Galaxy ranges – which only deepens the mystery.

Interestingly. Samsung itself been open about its plans. Since as far back as November 2018, Hassan Anjum, Samsung’s product marketing director revealed the company’s ‘New Infinity’ UDC display and said that they “are just around the corner, and I can’t wait to tell you more about them.” Samsung has also long-teased its upcoming smartphones through ‘accidental’ leaks on its website and in marketing videos.

I have reached out to Samsung for a comment on this mystery device and will update this article when I have a response. In the meantime, keep your fingers tightly crossed.

Samsung Galaxy Note 20: Everything We Know So Far