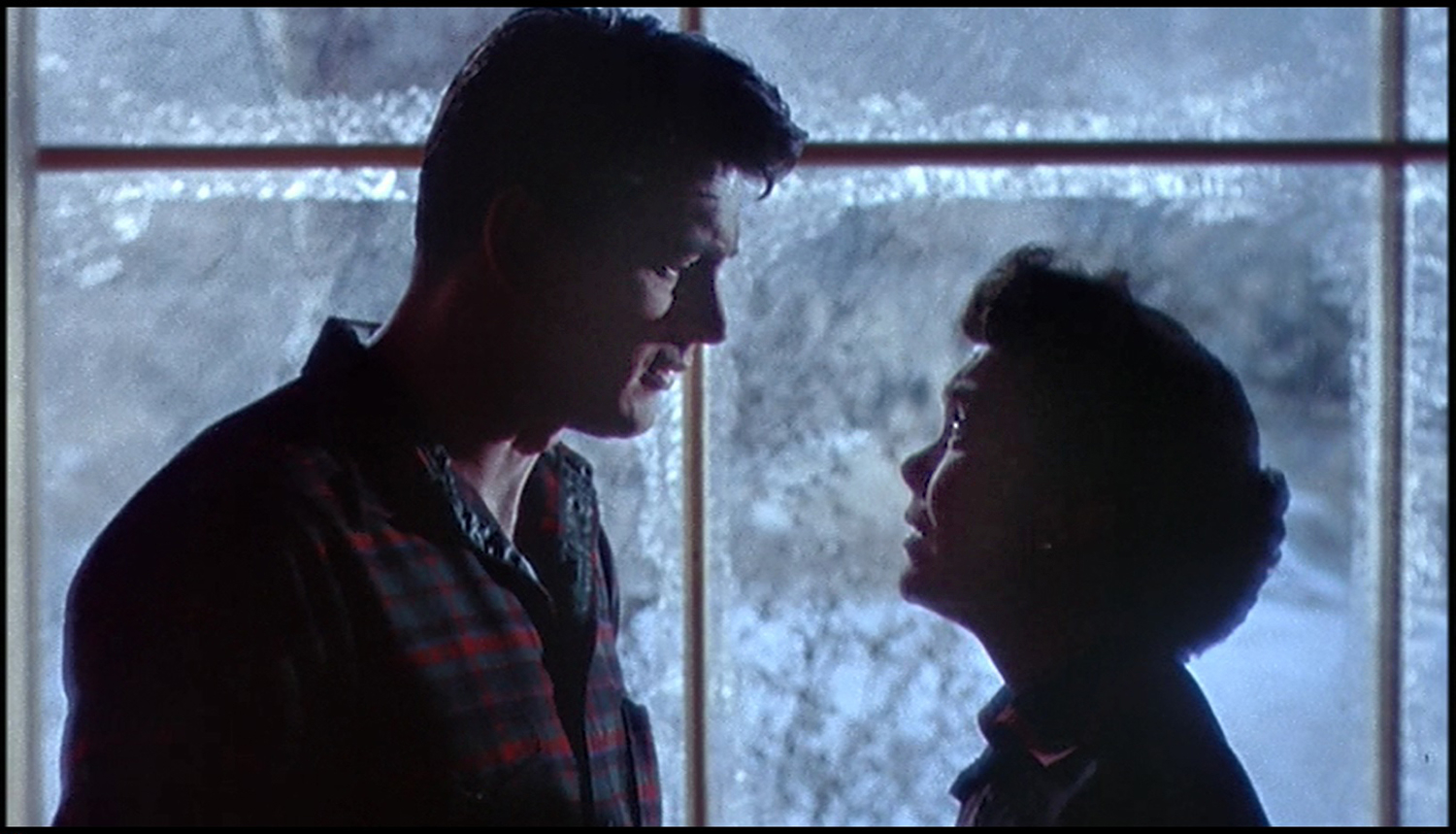 Writing about Leave Her to Heaven got me thinking about frightening scenes in movies that fall far outside the horror genre.

Now, there are quite a few “All-Time Scariest Scenes in Non-Horror Movies” lists out there.

Most of them are banal.

This one is better than most.

But more often than not, these writers and I disagree on the definitions of “all-time,” “non-horror” and, well, “scary.”

The youngsters who create these listicles persist in insisting that “of all time” means “anything after Star Wars,” while stretching the definition of “non-horror” to include violent and creepy genre-straddlers like Zodiac and Se7en.

But admittedly, I do have a slightly eccentric definition of “scary.”

Weirdly, for someone who has been terrified of pretty much everything her entire life — I still can’t ride a bike, let alone drive a car — not many “scary” movies scare me.

Take The Exorcist. It’s basically just The Searchers with vomit. The movie would have worked better if the possessed “child” really had been a child, like the fragile, angelic little girl in Poltergeist — but that movie could not have been made. The actress they chose, Linda Blair, comported herself admirably in a torturous part, except that like most female child stars of the 1970s (think of Jodie Foster and Tatum O’Neal) she exudes preternatural confidence — a kind of chunky invulnerability — that doesn’t mesh with her role as a victim.

And she’s fourteen. A Catholic girl that age barfing, coming downstairs to act out during a grownup party, and swearing at priests and her mom sounds more to me like… well, Tuesday.

When it comes to horror movies, I get my frights from opposite ends of the spectrum: Slow burns and jump scares. Here’s an underrated example of the former, from The Leopard Man (1943).

Jump scares are too commonplace to choose just one.

They have a bad rap, because snobs consider them cheap and corny — the horror movie equivalent of puns. (Whereas I admire the brainpower behind a great pun.) And anyway, complaining about jump scares in a horror movie is like grumbling that a roller coaster has drops.

Furthermore, the most effective jump scare is the exclamation point at the end of a slow burn — an effect that compilation videos like the one above don’t take into consideration.

It’s no wonder then that the horror film that really left me shaken most recently was the unpromisingly titled Paranormal Activity 3, which combines both cinematic tricks to great effect.

So what else do I consider scary? If my blood runs cold, I can’t move, and I “watch” the movie while peeking through my fingers, that’s scary — whether the film is labelled “horror” or not.

For example: All rape scenes are scary, but the ones that are filmed more or less in real time are the worst. In the horror genre, the one in the rape-revenge flick I Spit On Your Grave (1978) is universally considered the hardest to sit through (and sit through, and sit through — NOTE: DO NOT WATCH THIS FILM!). In non-horror, there’s 2002’s Irreversible (DITTO!) and, of course, Deliverance.

But rape doesn’t have to be shown onscreen to be chilling, as in Touch of Evil.

Or even happen at all: I was terrified, at first, by this sequence in Stanley Kubrick’s Paths of Glory when I saw it on TV in my teens. It ends harmlessly enough — Kubrick is uncharacteristically sentimental here — but we all know this isn’t how such a scenario would’ve played out in real life.

Here are more of my candidates for the scariest scenes in non-horror films, in no particular order — please add yours in the comments.

Pretty obvious: The “Is it safe?” scene from Marathon Man.

Also obvious (and similar?): The “ear scene” from Reservoir Dogs.

Scout’s proto-Lynchian ham costume adds a surreal touch to this penultimate sequence from To Kill a Mockingbird.

The death of Bambi’s mom. Need I say more?

Here’s a Freudian, existential nightmare courtesy of, of all people, Frank Capra: Your own mother claims she doesn’t know you…

Despite all the gory violence in Goodfellas, this scene gives me the worst case of the creeps.

Two films inspired by the Columbine school massacre came out in 2003: Gus Van Sant’s Elephant and Ben Coccio’s Zero Day. Both are stylistically matter-of-fact and understated; if these movies were people, we’d call them “autistic.” No intrusive music cues warn us of killings to come, or superimpose sick, slick glamor onto them when they occur. Most of the actors are amateurs. Surprisingly considering the subject matter, neither is a heavy-handed anti-gun screed.

(If I didn’t know better, I’d speculate that both directors share my view that guns aren’t the problem — schools are…)

For all those reasons, Elephant and Zero Day are far more frightening than any big budget “teen slasher” franchise flick — Zero Day in particular because its “found footage” concept gives it a documentary feel. These movies aren’t for everyone, but I found both genuinely creepy.

The two nuclear bombing scenes in Fail Safe are pretty devastating on their own (but obviously more so if you’ve watched the rest of this high-tension, miserable downer of a movie.)

The once acclaimed, now sadly forgotten 1979 film The Onion Field is a grim must-see, based on a true story, with a star-making turn from James Woods. Alas, this short clip also lacks the tense build-up that makes it so poignant — and brutal.

(In a later scene, the surviving detective, wracked with guilt and suffering from what we’d now call PTSD, seizes his infant son and violently shakes the screaming infant for a few seconds that feels like hours. You know it’s really just a prop, a doll, but that doesn’t matter — it looks, and sounds, real as hell.)

He can’t live and he can’t die — Johnny Got His Gun.

What makes this next bit from Terry Gilliam’s Brazil extra horrible? That’s universally beloved, perpetual good guy Michael Palin behind The Most Disturbing Mask Ever — and that thrilling, last-minute rescue, viewers will shortly learn, was just a wish fulfillment fantasy conjured up by the victim’s now-lobotomized mind…

…so here’s another one.

Shot for shot, the original Cape Fear (1962) gets my vote for the scariest non-horror movie ever, although it’s hard to distinguish the genuine terror from the dragged-out, “Somebody please just shoot this guy!” sense of sheer frustration.

But at the end of the day, the killing of the Clutter family in Richard Brooks’ In Cold Blood is my pick for most terrifying non-horror movie scene. We all know going in that the family will die — that’s the whole point of Capote’s book — yet Brooks still manages to amp up genuine suspense. Alas, this truncated clip doesn’t do justice to the complete sequence, which is a tour de force.

Now, over to you:

What did I miss?

Let Kathy know what you think of these films or clips, or scenes you think should have made the cut. Commenting is among the privileges for members of The Mark Steyn Club. If membership is for you, sign on up here, or gift a membership to a lived one.

What Was It All For?