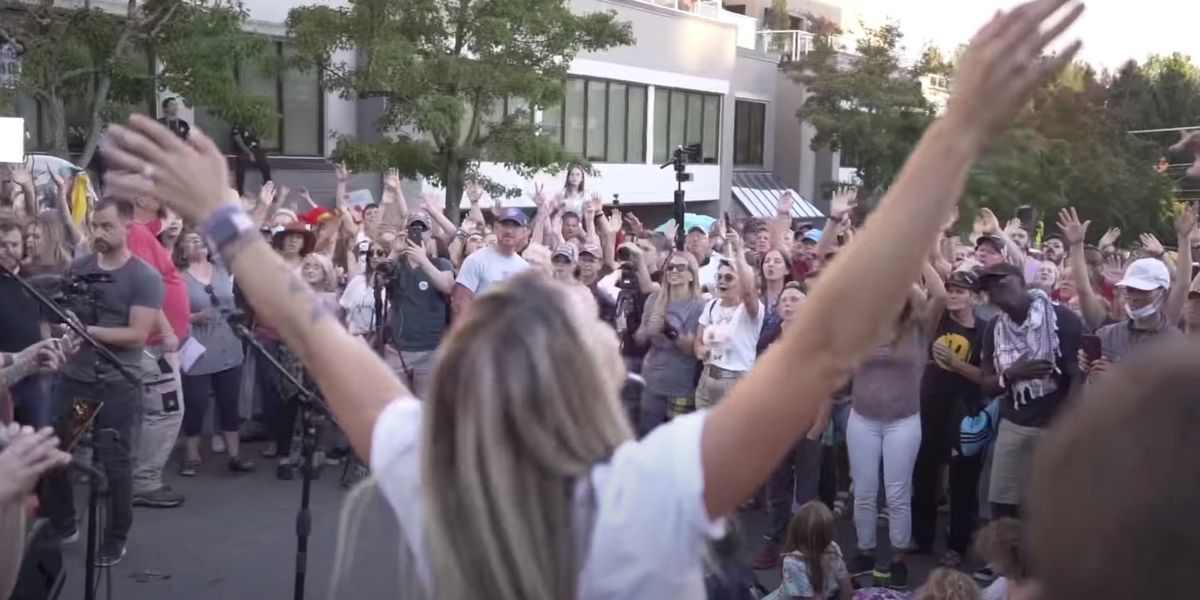 The city government in Seattle closed down a public park ahead of a planned Christian prayer rally, so the supporters held a “worship protest” service outside of the fences installed at the park instead.

Organizers planned the worship service at Gas Works Park on Labor Day, but the city said it would shut the service down “due to anticipated crowding that could impact the public health of residents,” over the coronavirus pandemic.

“Seattle Parks and Recreation does not allow unpermitted public events to take place in Seattle parks and asks the public continue to adhere to current public health guidelines so that we can keep our parks open,” the city added.

Sean Feucht Ministries condemned the decision and called out the city’s hypocrisy on political rallies.

“This is the height of hypocrisy for the City of Seattle to turn a blind eye to riots, looting, and AntiFa, while refusing to let Christians gather in a public park to sing and worship,” said Feucht in a statement on Facebook.

“First the government shuts down churches. Now it’s shutting down parks to stop us from worshipping. Time to stand up church!” he added.

Hundreds of his supporters heeded the call and showed up on Monday to the “protest worship” service.

Worship leader @seanfeucht’s plan to hold a #LetUsWorship concert at Gas Works tonight was detoured when the city f… https://t.co/oYJtj5pOPR

Feucht, a missionary and musician, led the event, and later posted a statement to his social media account.

“America was founded on the freedom to worship. Politicians can write press releases. They can make up threats. They can shut down parks. They can put up fences,” he wrote.

“But they can’t stop the Church of Christ from worshipping the One True God!” he added.

“We’re here as citizens of America and citizens of the Kingdom of God and we won’t be silenced,” wrote Feucht.

Vanessa Misciagna of King 5 News noted that there were no counterprotesters at the event, nor were there any police present. She also said that the majority of attendees did not wear a mask, and neither did Feucht.

Here’s a local news video about the worship protest: