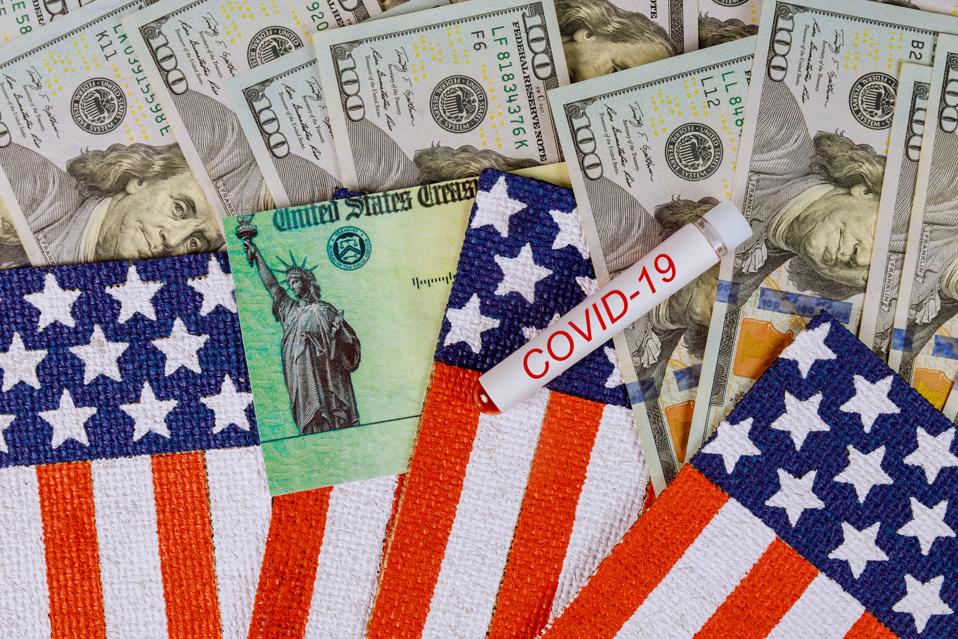 If more stimulus checks are sent out, student borrowers might consider putting them towards their … [+] student loans.

There’s a lot of talk about the possibility of another round of stimulus checks being sent to American families. President Trump, Senator McConnell, and others have all suggested that it’s possible in the next round of coronavirus relief funding. And with the enhanced unemployment benefits expiring at the end of the month, Congress is set to pass something before the August recess.

Typically, lawmakers fund direct stimulus payments—like the ones passed under the CARES Act and those under consideration now—with one of two goals in mind. One, they intend to provide assistance to those being financially harmed by a crisis, like those who lost their job due to the pandemic. The other purpose of these stimulus checks is to put cash in people’s pocket to spend.

Under Keynesian economic theory, some believe that in times of economic downturn the economy can be stimulated through government intervention. Economist John Maynard Keynes advocated increased direct government spending and lower taxes as a way to infuse the economy with money to get it going again. Colloquially, this has become known as “priming the pump.” The metaphor refers to old water pumps that needed a little bit of water to get going. By injecting money in the economy, it will restart it and have a ripple effect.

So, lawmakers hope that Americans will take these checks and spend them — either to pay for their basic needs or for additional spending. Spending on food, clothes, other retail, and more, will prime the pump and get the economy moving because it will help businesses, who will then hire (or not lay off) people, who will then be paid and can spend money.

That makes sense on a macroeconomic level. And a number of Americans clearly needed the money to spend. Research shows that the stimulus checks from the CARES Act were spent quickly, especially by lower-income families. But on a personal household level, those who aren’t struggling due to the pandemic might want to take a look at their own budget and finances first.

Most advise against paying down debt and recommend either spending the check or saving the money if your financial situation seems uncertain. But those with student debt (and little other consumer debt) should consider using stimulus money to pay down loans.

But while some college graduates are certainly struggling, college degree holders have fared better than those without degrees. For those who aren’t impacted, this could be a good time to pay down loans due to another provision of the CARES Act.

Not only did the CARES Act suspend payments on federally-held student loans, the legislation also eliminated interest for that time so that borrowers weren’t seeing their balance grow because of the automatic suspension. So that means that borrowers who receive stimulus checks could make a principal-only payment and reduce their balance faster. The average bachelor’s degree graduate leaves college with just under $30,000 in student loan debt. If a borrower were to receive a $1,200 stimulus check, that would make a significant dent in their debt.

Borrowers who are financially secure can make payments regardless of a stimulus, of course. If student borrowers can afford to make student loan payments, now is a good time to do so. Paying your regular payment with no interest will help pay off your loans faster.

But this benefit is expiring soon. Unless Congress includes more student loan relief, payments and interest will begin again in October. If stimulus checks come in August or September, there will still be time to take advantage of this benefit.

What The Coronavirus Stimulus Means For Your Student Loans

Second Stimulus Checks And Student Loan Forgiveness Could Be Coming