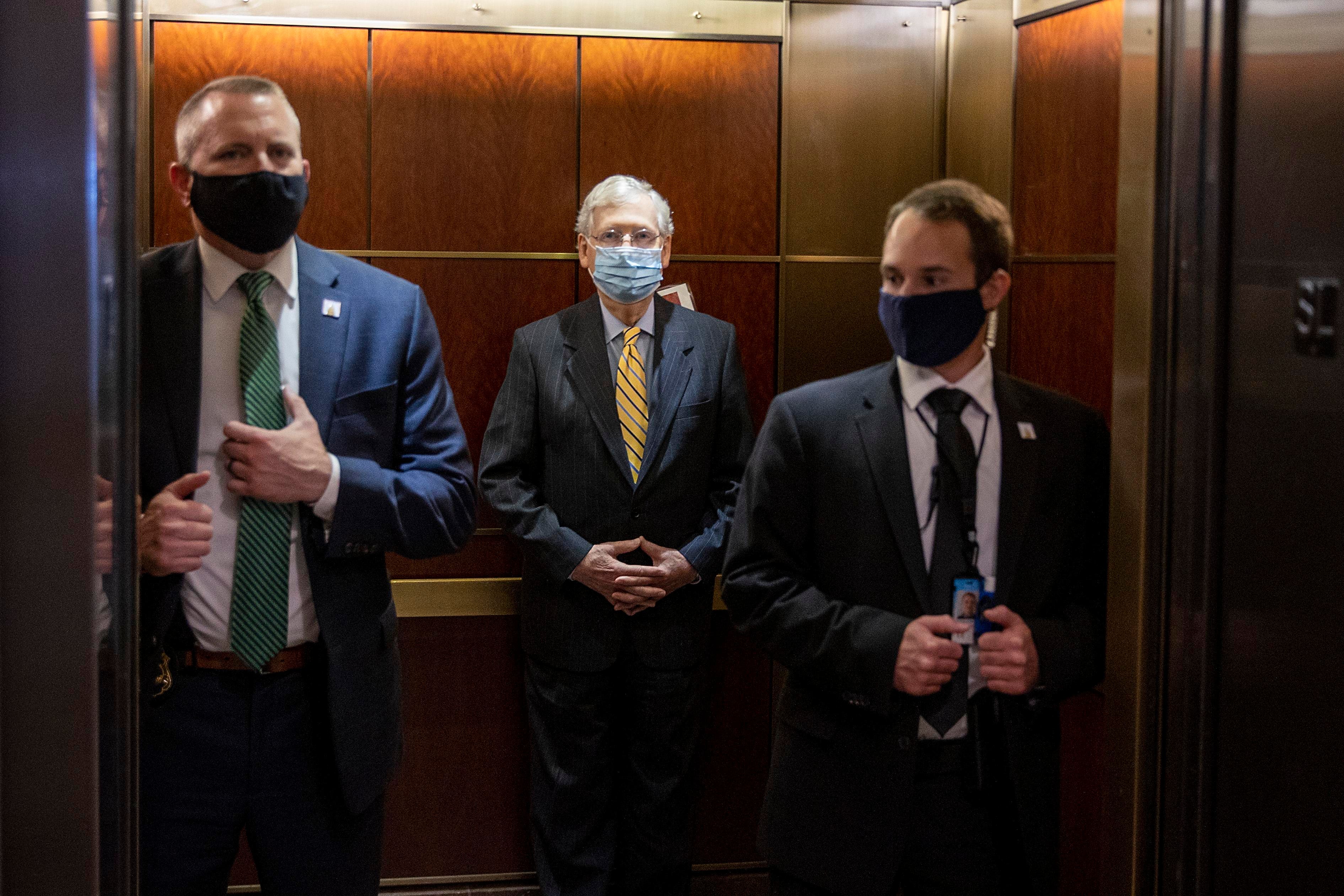 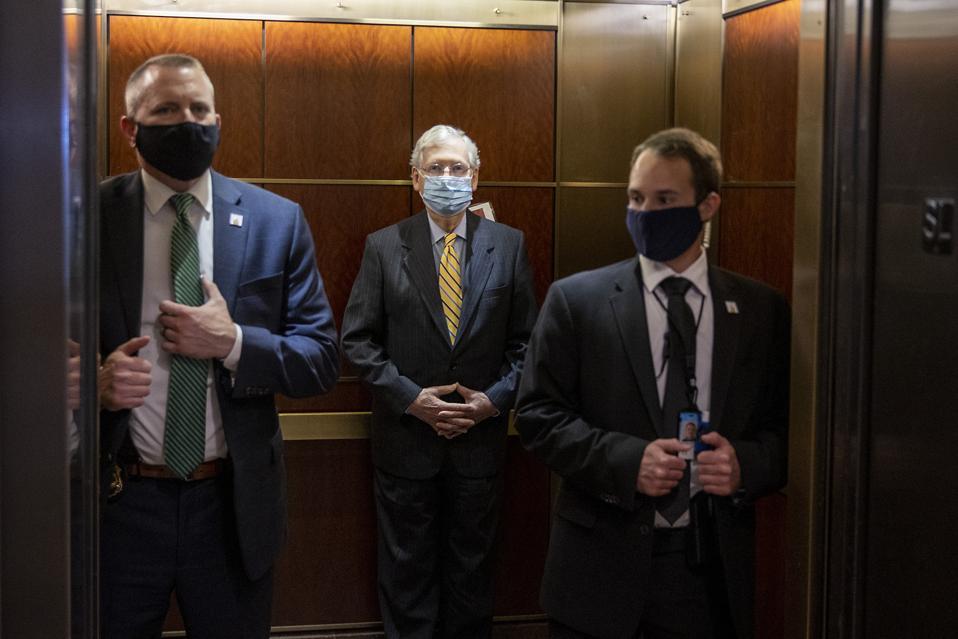 All eyes are on the Senate when it returns from its two-week July 4th recess on July 20th and will start crafting legislation for the next stimulus bill.

A second stimulus check feels like a guarantee but we are still missing a lot of key details.

How “generous” will it be? Who will qualify? And when can you expect one?

When House Democrats passed the Heroes Act in mid-May, with a second stimulus check, it was considered dead on arrival.

Now, President Trump strongly supports a second check and is waiting for Congress to place a bill on his desk. The timing is critical for this fourth and final stimulus bill as several ongoing Cares Act benefits, including federal $600 weekly unemployment benefits, are set to expire soon.

While the national unemployment rate is decreasing, many households still struggle financially due to the pandemic.

We won’t know precise details about the second stimulus check until the Senate returns to discuss another stimulus package. Initial reports indicate the total bill size is around $1 trillion—giving us plenty of leads of what the check might look like and who qualifies.

Read on for the details:

Democrats have been very vocal in their support of more stimulus checks, extension of unemployment benefits, and other forms of stimulus.

President Trump, Senator McConnell and many Republicans have remained tight-lipped about the next stimulus payment will be. But recently they are hinting about who will qualify for “a second check.

Senate Majority Leader Mitch McConnell has thus been hesitant to offer more direct payments, whether as a stimulus check or in enhanced unemployment benefits. Most recently, he said that far fewer people would receive a payment this time as lawmakers target those with the highest financial need—hinting that those hardest hit were people making $40,000 a year or less.

If that number holds, then the income limits in the second stimulus check will be much lower than in the Cares Act.

With the first stimulus check, the income thresholds were much higher to receive the full amount. Single filers could earn up to $75,000 and married couples could have a combined income of $150,000 and receive the full check amount. That’s not going to be the case with this stimulus bill.

Households earning $40,000 or less are feeling most of the negative financial effects from the pandemic. A May 2020 Federal Reserve study indicates approximately 40% of households earning less than $40,000 per year lost at least one job due to the epidemic.

Republicans do not want to extend the $600 weekly federal unemployment benefits beyond the current July 31st sunset date. A second stimulus check can help offset the lingering income uncertainty without costing the federal government too much money.

Lawmakers will need to iron out a few details to clarify the qualification rules:

As the Cares Act was rushed through Congress to provide aid quickly, policymakers had to address these questions after the bill became law. Congress can use their experience with passing the Cares Act to streamline the qualification standards.

How Much Would Americans Get?

Both Congress and President Trump remain vague on details about how much each check will be. The second stimulus check may follow the payout values as the Cares Act payment—$1,200 per adult and $500 per child – and would likely be an advance on a refundable tax credit.

While they could go in a completely different direction, this seems unlikely.

Several follow-up stimulus check proposals, sponsored primarily by Democrats, call for a larger payment. Most taxpayers can receive a higher sum with some bills but other drafts provide targeted aid to low-income households.

We have several indications from Congress and President Trump this check might be larger than the Cares Act stimulus payment.

President Trump made a surprising statement in a July 1stFox Business interview at the White House. He said, “I support actually larger numbers than the Democrats, but it’s got to be done properly… I want the money getting to people to be larger so they can spend it. I want the money to get there quickly and in a noncomplicated fashion.”

What exactly is President Trump expecting for the second stimulus check?

For a hint at what that might be, here are some of the proposals he’s referring to:

The leading Democrat stimulus check proposal comes from the Heroes Act. This bill passed the Democrat-controlled House of Representatives but was considered “dead on arrival” in the Republican Senate. Still, it’s the only comprehensive stimulus proposal from either party to pass with a vote from either chamber.

The Heroes Act proposes a one-time $1,200 direct payment for each adult ($2,400 for joint tax returns) and each child (up to three children). The maximum $6,000 household payment is for a family of five.

This bill addresses the qualification gaps the Cares Act overlooks that most likely should qualify for a stimulus payment. For instance, non-citizen spouses and college students did not qualify for the first $1,200 stimulus check.

A $1,200 stimulus payment is also a good baseline as Representative Bobby Rush (D-IL) proposed a $1,200 check for Pell Grant recipients. This group of low-income college students was left out of the original Cares Act legislation.

One of the most aggressive stimulus check proposals comes from Representatives Ro Khanna (D-CA) and Tim Ryan (D-OH). These two congressmen propose a $2,000 monthly payment and $500 per child (up to three children) for at least six months.

A monthly stimulus payment is very unlikely in 2020, but maybe Congress and Trump will lobby for a one-time $2,000 stimulus check instead of another $1,200 one-time payment. That would be larger.

How Quickly Could Will We Receive a Second Stimulus Check?

This stimulus bill requires bipartisan support in the House and Senate to pass. The Cares Act underwent several revisions before landing on President Trump’s desk for his signature.

The Senate is set to return to work on July 30th through August 7th but the House is set to start their summer recess on August 3rd. The House is scheduled for votes through July 31st.

If Congress is able to pass a bill before July 31st and it is signed by the President, then it would take a little more than two weeks after passage for the first checks to go out.

The first stimulus checks could start going out in late August or early September.

If they cannot come to an agreement and stick to the current schedule, then the next Senate recess starts on August 7th and runs until September 8th. The House returns on the 8th as well.

It doesn’t appear that either chamber is willing to work through the recess at this time to pass the fourth stimulus bill – but that could change in a few weeks.

The only silver lining that helps Americans get their checks sooner faster is that the IRS has your direct deposit information on file from the first stimulus check. Your payment may be delivered by debit card or paper check if the IRS doesn’t have your bank details.

Also, the stimulus check won’t be the only issue in the bill – and many of these could cause problems for the bill’s passage.

Democrats are highly in favor of extending the $600 weekly federal unemployment benefit for the rest of 2020. The ongoing financial support can be more helpful than a second one-time payment.

Republicans do not favor extending the unemployment benefits as it can disincentive people to resume working in states with low living expenses. We have seen return-to-work bonus proposals from Senator Rob Portman (R-OH) and Representative Kevin Brady (R-TX).

The Cares Act suspends federal evictions and foreclosures through July 31st. We may see a bipartisan push to extend further the moratorium for qualifying FHA-insured and HUD multifamily properties.

The Cares Act suspended loan payments through September 30th for Direct Loans, such as Stafford loans, Federal Family Education Loans, and Perkins Loans held by the U.S. Department of Education. This meant borrowers did not have to make any payments and interest did not accrue on the loans. Student loans have been a hot topic among Democrats, including calls for forgiveness.

Until warming to the idea of a second one-time stimulus check, President Trump was adamant the “Phase 4” stimulus bill this summer would be a payroll tax waiver instead.

This stimulus option could still make it into a bill and would help taxpayers earning more than $40,000. Those earning less than $40,000 can enjoy the slightly larger take-home pay too, but few could argue that this is a “generous” stimulus package.

Senator McConnell is pressing for a “coronavirus liability shield” to protect businesses from coronavirus-related lawsuits. The shield might start retroactively from December 2019 and last five years.

This protection doesn’t place immediate cash in worker’s bank accounts but may prevent widespread business closures. Businesses can remain open and continue to provide jobs once the current health threats of the pandemic and the corresponding temporary closures subside.

The liability shield might be a highly-contentious issue if this option makes it into the final bill.

Senator McConnell is repeatedly on record stating the upcoming stimulus bill is the “fourth and final bill.”

We are seeing a drop in the 4-week moving average of initial unemployment claims and continued claims, states are following phased reopening plans and the stock market is near its pre-coronavirus highs in February 2020.

While there’s still hope for a “V-shape recovery,” we’re only halfway through the calendar year. Six months ago, talk of a single stimulus check and social distancing was unfathomable for many.

Now, it feels like one is inevitable as case numbers rise and states roll back reopening plans. Another round of stay at home orders and temporary closures may cause the unemployment rate to increase again and influence what proposals come into the upcoming stimulus bill.

We will keep you informed as more information comes available.

President Trump: Next Stimulus Bill Will Be ‘Very Generous’ And Announced In A ‘Couple Of Weeks’