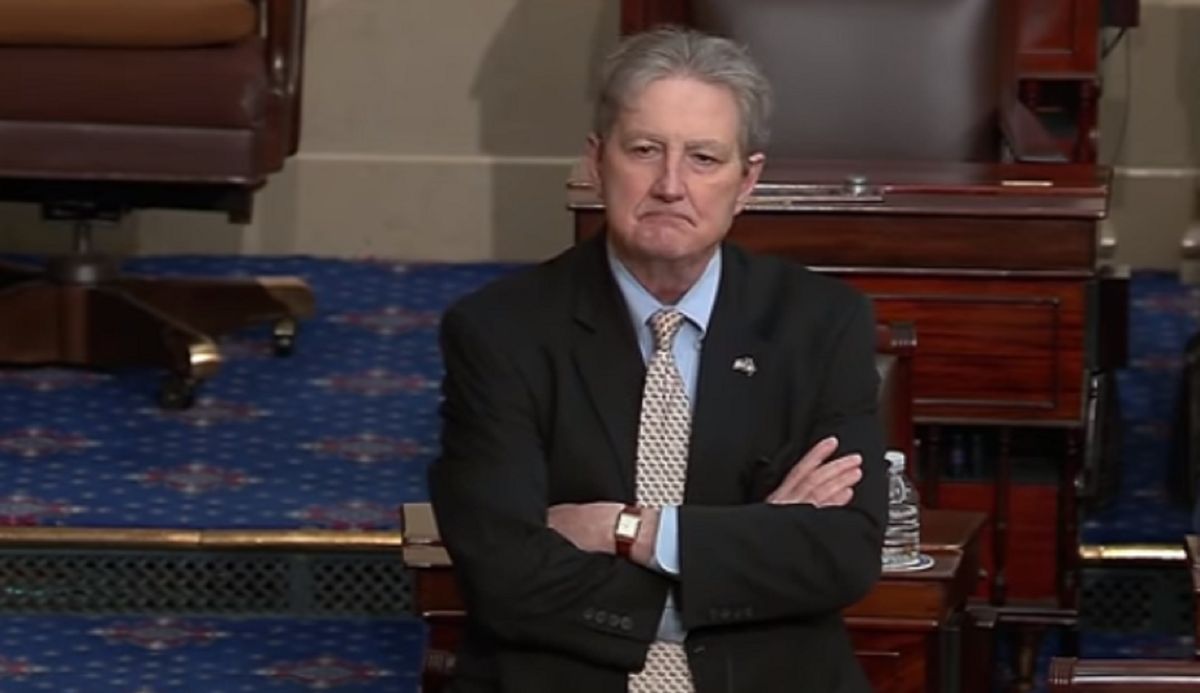 Louisiana Republican Sen. John Kennedy had strong words for his Senate colleagues on Monday as Democrats continued to block legislation aimed at providing economic relief amid the coronavirus outbreak, telling the upper chamber that the delay makes it look like the country “is being run by a bunch of idiots.”

Speaking from the Senate floor, Sen. Kennedy said, “Do you know what the American people are thinking right now? They’re thinking that the brain is an amazing organ. It starts working in a mother’s womb, and it doesn’t stop working until you get elected to Congress.”

According to the Washington Examiner, “Kennedy explained that the legislation had been drafted in a bipartisan fashion with members of both parties adding snippets. The legislation included $2 trillion in cash for people, small businesses, and large corporations hardest-hit by the coronavirus.”

A bipartisan package had been negotiated over the weekend before Democrats voted against moving forward with the legislation on Sunday night and then again on Monday. While the Senate is controlled by Republicans, five GOP members were unable to appear to vote on the measure because of quarantines due to COVID-19.

Democrats are now pushing for unrelated agenda items to be included in the coronavirus relief bill, at the pressing of Speaker of the House Nancy Pelosi (D-Calif.).

Senate Majority Leader Mitch McConnell said Monday, “Here are some of the items on the Democratic wish list, over which they chose to block this legislation last night: Tax credits for solar energy and wind energy. Provisions to force employers to give special new treatment to big labor. And listen to this: New emission standards for the airlines. Are you kidding me?…Democrats won’t let us fund hospitals or save small businesses unless they get to dust off the Green New Deal.”