“I get this business customer.” “No, I do!” With limited business travel to go around, the recent … [+] removal of change fees helps to make United, Delta, and American more competitive for this group. How will Southwest respond?

For several decades, Southwest Airlines was the envy of the airline industry because of multiple competitive advantages: a low cost structure that stayed low due to fast growth, happy employees who liked their jobs and translated that to customers, loved by customers and the government for being low fare and creating strong competition, unique in its customer flexibility with no bag or change fees, and more. But one of the structurally difficult things about the airline business is that two key components — people and airplanes — tend to get more expensive as they get older. Now in its 50’s, Southwest has lost some key competitive advantages but also gained some new ones. The recent cancellation of most domestic change fees will be a tough one to lose, however.

A few years ago I was flying Southwest, and while standing in line to board there were two men in front of me that appeared to be traveling together. One said to the other “You know what I like about flying Southwest? I like that everyone knows what to do — they just get in line with their number and there is no drama.” I butted in and said “You know what I don’t like about flying Southwest? I don’t like paying for checked bags when I didn’t check any bags.” They looked at me and said “we didn’t check bags either” and then, with a figurative light bulb on their head, said “hey, we’re subsidizing all those bag checkers!” We all laughed, but it brings out a point about Southwest’s fares. Yes, they still run great sales now and then. But long ago they used to advertise that their highest fare was $299. That quietly went away as Southwest has taken the lead over the last number of years in raising fares, especially as they have become more dominant in their biggest operational geographies.

The higher fares Southwest charges today are necessary because of cost increases due to people and airplanes, and size that makes it difficult to mitigate with growth alone. This cost pressure has caused Southwest to move into major airports like NY’s LaGuardia and Reagan National in DC. They’ve paid for slots to get into these airports, where the younger Southwest avoided airports like these both for cost reasons and operational efficiency. They are now a major player in Chicago, Houston, Phoenix, Baltimore, Florida, California, and Dallas thanks to the removal of the highly restrictive Wright Amendment that for decades kept a cap on flights from Dallas’ Love Field. This growth has made them a major carrier of business travel, who choose Southwest because of their high frequency in and among big cities, good reliability, and easy usage rules without a lot of fees.

The competitive advantages Southwest enjoys today center mostly around the features that let them win corporate travel business against the global networks of American, United, and Delta. Their unit costs are lower than the big three, but they also don’t have the International network or fleet complexity. Those two things allow the other airlines to serve markets Southwest can’t, including smaller US cities and cities across the globe, and they result in higher costs. The point here is that for narrow body service within the US, Southwest’s cost advantage to the big three US airlines has largely gone away, the big carriers’ costs where they fly against Southwest are similar. It is frequency, reliability, and simplicity that form the core of their competitive advantage today, and these are considerable and important. But United aimed right at this and said ‘no more’.

The fight for higher-paying business travelers has always been the game of the larger airlines, and the elimination of change fees repositions that balance. In many markets where United overlaps with Southwest, United can match the flight frequency while offering the higher-cost things Southwest doesn’t: assigned seats, business class optionality, airport lounges, frequent flier points that can get you anywhere in the world, and a set of worldwide airline partners. After mostly losing their once significant cost advantage and low-fare pricing, they now lose a feature that has been valued more by business travelers than leisure travelers. They now sit at the high-fare poker table with a suddenly weaker hand. 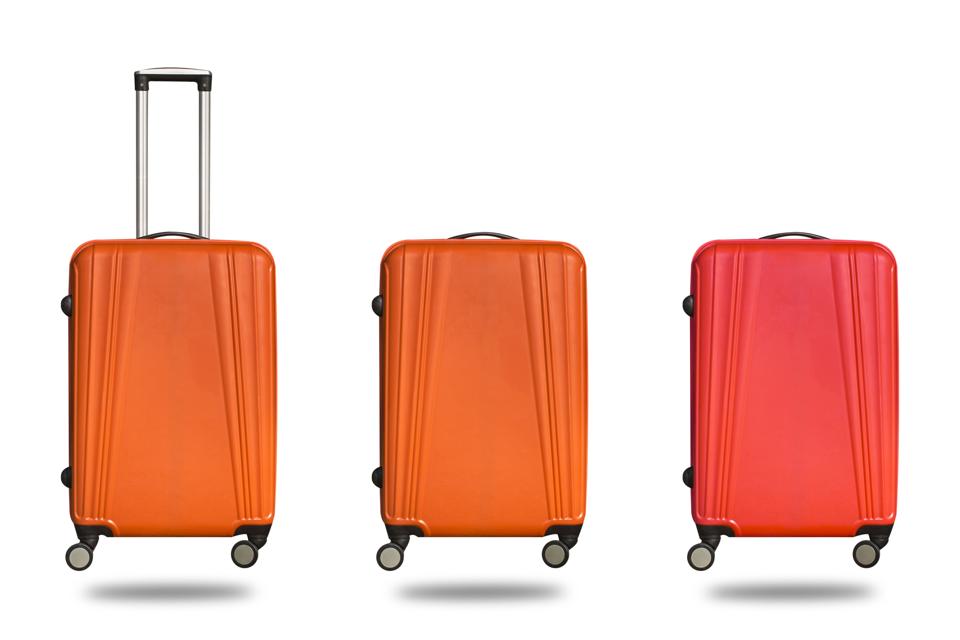 Fees for check baggage are a signifiant part of most airlines’ revenues. Can Southwest hold out even … [+] after other airlines have waived change fees?

Shockingly, and this is the most speculative of my arguments I admit, over time the removal of this change could mean the beginning of Southwest charging for checked baggage. Checked baggage is mostly a leisure traveler behavior. If Southwest does lose some of its significant business base as a result of the change fee going away, baggage would be an obvious place for them to recover some of that lost revenue. I don’t expect this to happen, but in the endless search for revenue to cover higher costs, nothing should be taken off the table. This is especially true in the uncertain demand environment that all airlines face today.

Southwest is a great airline and has been for many years. They have pushed the industry in many positive trends, but this is an aggressive industry. Just as they have had to adopt their model as the company and the world around them has changed, the industry also adapts and finds ways to become more competitive. There are many reasons that United, followed quickly by Delta and American, chose to cancel change fees for higher-fare paying customers. But whether Southwest was a primary reason or simply collateral damage, this change affects them significantly and will likely require more changes to keep their position among the once-frequent business travelers.