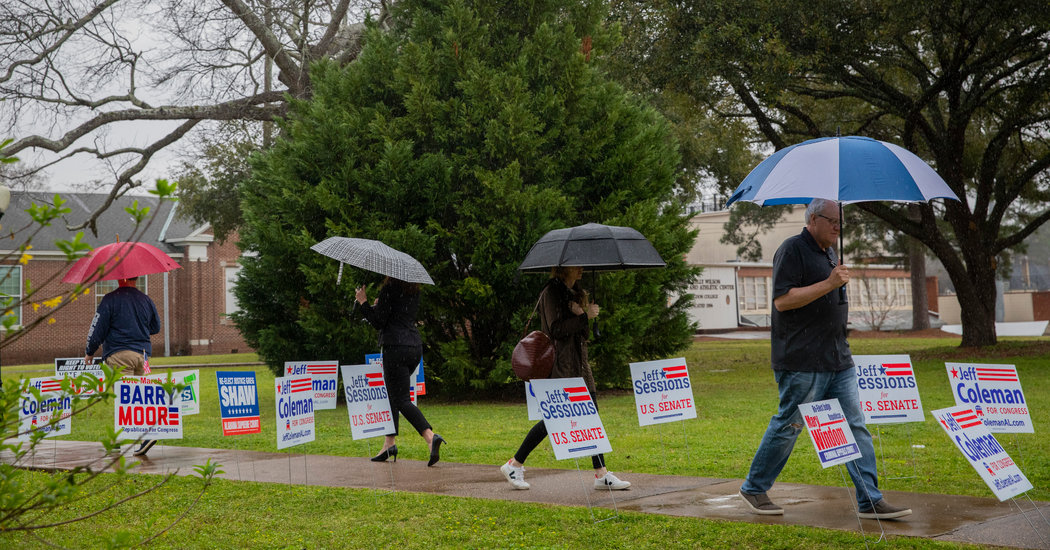 WASHINGTON — By a 5-to-4 vote, the Supreme Court on Thursday blocked a trial judge’s order that would have made it easier for voters in three Alabama counties to use absentee ballots in this month’s primary runoff election.

The court’s brief, unsigned order gave no reasons, which is typical when it rules on emergency applications, and it said the order would remain in effect while appeals moved forward.

In March, Gov. Kay Ivey, a Republican, postponed the election in light of the coronavirus pandemic. At the same time, the official who oversees the state’s elections, John H. Merrill, Alabama’s secretary of state, a Republican, expanded the availability of absentee ballots to all voters who concluded that it was “impossible or unreasonable to vote at their voting place.”

But Mr. Merrill did not relax two of the usual requirements for absentee voting: submission of a copy of a photo ID with a voter’s application for a ballot and submission of an affidavit signed by a notary public or two adult witnesses with the ballot itself.

Four voters and several groups sued to challenge those restrictions, saying they placed an unlawful burden on the right to vote in light of the health crisis. Making a copy of a piece of identification, for instance, may be difficult and dangerous during the pandemic, they said.

Alabama officials have dismissed that concern. Writing on Twitter, Mr. Merrill said: “When I come to your house and show you how to use your printer I can also show you how to tie your shoes and to tie your tie. I could also go with you to Walmart or Kinko’s and make sure that you know how to get a copy of your ID made while you’re buying cigarettes or alcohol.”

Judge Kallon also allowed — but did not require — officials to employ curbside voting.

A unanimous three-judge panel of the United States Court of Appeals for the 11th Circuit, in Atlanta, refused to block Judge Kallon’s decision while an appeal moved forward.

In a concurring opinion, Judges Robin Rosenbaum and Jill Pryor wrote that state officials were mistaken in arguing “that the photo ID and witness requirements impose only a ‘little bit of work’ on Alabamian voters.”

“That misperceives the burden,” they wrote. “The burden here is not the finding of two people or a notary to witness a signature or the finding of a location to copy one’s photo ID. Instead, the burden is tied to the fact that plaintiffs and those similarly situated must risk death or severe illness to fulfill Alabama’s absentee voter requirements and, therefore, to exercise their right to vote.”

In asking the Supreme Court to intervene, state officials said Judge Kallon’s order had come too close to the election and threatened its integrity.

Their brief discussed ways in which voters could safely comply with the witness requirement.

“Nothing requires voters to lock arms with their witnesses, or for a signatory and witnesses to unmask themselves before the signing,” the brief said. “A particularly cautious voter could meet her witnesses outside or in a large room and then each sign the piece of paper — with everyone remaining masked and staying six feet or more from one another. In fact, there is nothing to prevent the witnesses from watching the voter sign from a different room entirely or through a window, such that the voter need never be in the same room as the witnesses.”

In response, lawyers for the voters said the state had offered no good reasons “to justify the application of the witness or photo ID requirements to high-risk voters in the middle of a pandemic.”