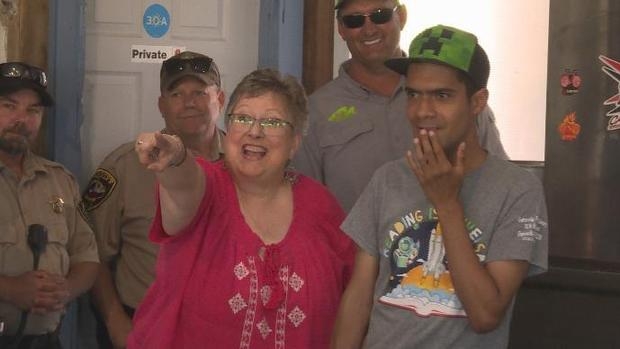 Hi everyone and welcome to another exciting edition of Laura’s Links. The dust is just starting to settle from Mark’s boffo week at Fox! But our man Mark never rests. In fact, at this moment, Mark is extremely busy gumming the leather soles of his custom-designed mukluks and taking private throat-singing lessons in advance of the upcoming Steyn at Sea cruise to Alaska. He’s going fully native and frankly, it’s moderately arousing. I mean totally WRONG and TERRIFYING.

Anyway, the other thrilling thing over the past week has been watching Les Intifadah Enfants Terribles of Congress meltdown because they are not allowed to enter Israel. I mean, supersize that bag of Zionist popcorn for me, Bibi, because I am loving this show.

Now everyone has been saying, “Oh harumph, President Trump should not have interfered and ‘put pressure’ on PM Netanyahu via Twitter! How dare he!” I think that’s a simplistic approach.

I believe the Trump tweet was strategic and clearly coordinated with Israel, with the Trump BFF himself, Israeli PM Binyamin Netanyahu. Trump has once again used a tweet to show the world, and particularly the American people, exactly what the Jew-Hating Squad is about. They think it’s great that they are getting free publicity to shame and malign Israel (and whoop dee doo on that). But Trump and Netanyahu have just used a single tweet as a giant mirror with global reach and the Shrews are not looking very good. So, good luck with this, Nancy Pelosi et al. These are your little demon children, so have fun at Democratic Daycare!

Schools once refused disabled kids, so this mom started an educational revolution.

The incredibly brave Yasmine Mohammed tries to warn the native West about the true nature of Islam.

Meanwhile, the Jew-Hating Shrews of Congress are still fuming about not being let into the country that they hate. Anyone else creeped out by how Ms. Omar pronounces EEZZRAYELLL?

Please, keep freaking out! Thank you for all of your incredible efforts to re-elect President Donald Trump.

The UK Is Screwed: Her Majesty’s Royal Sharia Mutawa go after some poor schlub for making a bad joke about Muslims.

And some more British lunacy here.

Some of these are really clever: 49 phrases to calm an anxious child (or adult actually).

I’ve often said that I need a very wealthy, completely feeble and ailing, fabulously rich and perhaps somewhat randy patron in order to leave my day job and write/create full time. Well this Russian babe just beat me to it! Damn.

While Euronazis want to put yellow Jude stickers on Jew-fruit from Israel, Arabs can’t get enough Israeli dates. The fruit that is, not the hot Israeli babes.

Bill Maher gets it right on the BDS movement “a bulls&t purity test”. Not everyone agrees.

Two of the Jew-Hating Shrews of Congress share anti-Semitic cartoons in their Instagram feeds. Imagine my surprise!

The Shrews were just really bummed out about not being allowed to the country that they claim either doesn’t exist/has no right to exist/or totally sucks. This is a great article, and gives some great background, but it’s completely and totally gutless to not put your name on it. Coward.

Israel is totally chill about letting Muslim tourists in. Just not BDS-supporting, terror-loving ones.

A look back at the Lodz ghetto: “I buried my negatives in the ground in order that there should be some record of our tragedy.” A Twitter thread about the wartime photographs of Henryk Ross.

From Germany: time for a new look at Nazi-confiscated art. This is another shameful chapter of Holocaust history. The reason why it’s so “hard” to place the art with its rightful owners is because of a lack of will, not a lack of information. Disgusting.

Meanwhile, in almost the exact spot where Palestinians murdered Jewish teenager Dvir Sorek, for the crime of being a living, breathing Jew, Jewish medics save a Palestinian’s life. And that’s the difference between us.

This is Jewish revenge and resilience.

California school district will not allow parents to opt their children out of LGBTQ content, e-mails show.

Sarah Silverman has been cancelled.

Six foot tall trans cricketer clocking actual females. Look at the photo of this “chick” and PICTURE MY FACE!!! This is nuts-actual kryptonite for rational thinking.

The Economist finally sees what Mark Steyn has been warning us about for decades: the man-made demographic disaster that is China.

A 30-year old man with special needs has his first birthday party and gets a whole new family thanks to his former teacher. Magnificent.

What a good kid. Raised well. And it’s so true, you never know how a few kind words will impact the receiver. A great lesson from such a young soul.

And a phrase you will not hear me say too often…listen to my favourite Imam’s advice.

If you like (or dislike) what Laura had to say, Mark Steyn Club members can chime in in the comments. Laura’s Links also serves as our weekly open thread, where we suspend the “no going off topic rule” and let you all run free. If you want to get in on the fun yourself, check out the myriad benefits of Club membership here. If you want to meet some of your fellow Club members in person, along with Mark’s special guests, consider joining one of our annual cruises. We set sail for Alaska in a couple of weeks, but are still selling cabins for our 2020 Mediterranean voyage.

The Man in the Library

Bernie Sanders Is a Moral Monster

A Rather Exciting Business

News DSMW - February 25, 2020
0
A disputed program that allowed the National Security Agency to gain access to logs of Americans’ domestic calls and texts yielded only one significant investigation, according to a newly declassified study. ...

Paul Batura: National Pancake Day — It’s more about the memories than the flapjacks

News DSMW - February 25, 2020
0
The National Transportation Safety Board (NTSB) says the driver of a Tesla SUV who died in a Silicon Valley crash two years ago was playing a video game on his smartphone while his vehicle was being controlled by a partially automated driving system. ...
MORE STORIES