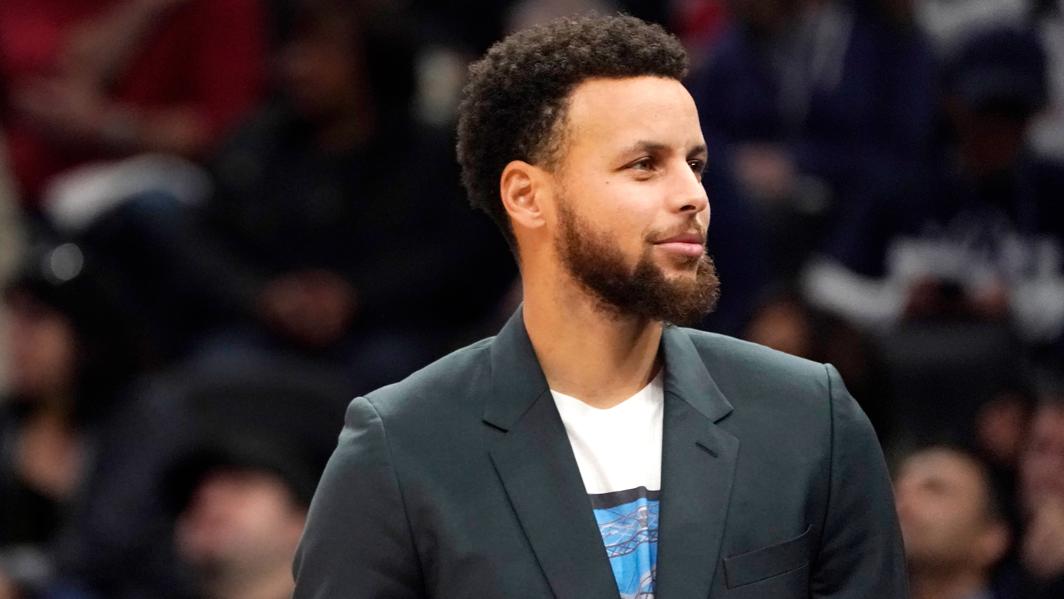 NBA point guard Steph Curry was probably the last person Greg Lehmkuhl thought of when he faced the threat of a widespread shortage of workers for his $2 billion food logistics business. But as coronavirus fears were racing to a fevered pitch he knew that his company was being thrust into the center of the crisis. He would need an army of workers to handle it.

Lineage Logistics, a mostly unseen giant of the food industry, touches some 30% of America’s food. That’s nearly 30 billion pounds of food annually including 4.7 billion pounds of poultry and 4.5 billion pounds of potatoes. It ships, stores or processes around 8% of the global food supply. Headed its way was the unprecedented demand triggered by widespread coronavirus lockdowns and Lehmkuhl, CEO since 2015, knew that even his 14,000 workers across 290 warehouses in 11 countries wouldn’t be enough.

“We’re seeing unprecedented surges in all kinds of commodities, whether it’s poultry, beef, pork, produce, or even ice cream,” says Lehmkuhl. “We’ve dealt with disasters like Hurricane Katrina before. But this is worldwide. It’s totally different than having a national disaster hit in one region of one country.”

Curry, as it turns out, was out of a job. The cancellation of the NBA season on March 11 left him idling and thousands of arena workers in need of a paycheck as well, so the Golden State Warriors star turned his attention to Eat. Learn. Play., the charity he formed last year that he wanted to mobilize to feed students in need. Lehmkuhl found out Curry was looking for help and a pandemic partnership was born. After the two sides touched base, Curry began marshaling his contacts to enlist hundreds of sidelined workers from NBA arenas around the country, while Lineage started supplying warehouse space to store and distribute millions of meals that Curry plans to donate in and around Oakland. They launched the partnership on Thursday, and in the coming days, Lineage hopes to put some of these stadium employees to work. 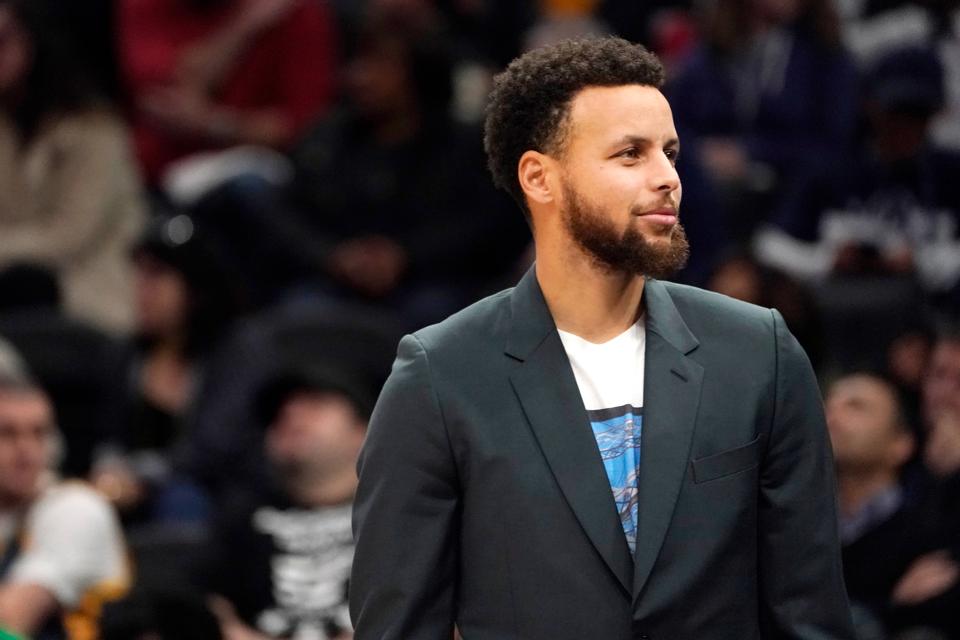 “Everybody feels that higher sense of purpose right now,” Lehmkuhl said in a phone call from his home office in Michigan (where he is self-distancing) near where Lineage is based. “What we’re doing is critical.”

Lineage is “the largest logistics company you’ve never heard of” as Lehmkuhl calls it. Because 95% of food manufacturers do not have their own infrastructure to efficiently get their products from farm to table, Lineage is the missing link that connects food manufacturers like Tyson and General Mills to grocery stores including publicly traded Sprouts Farmers Market. It moves food for massive distributors like Sysco and also manages a significant part of Walmart’s vast network of distribution centers – which saw demand increase as much as 50% recently. Some of Lineage’s biggest warehouses supply a significant portion of food to major cities in the U.S., including Dallas, Chicago, Atlanta, Boston and Miami, along with Los Angeles, San Francisco and New York.

“We consider our workers to be first responders,” says Lehmkuhl, 47. “We are all running at light-speed to make sure that the shelves stay stocked. That’s super important for keeping civil unrest from happening. It’s feeding people, but it’s also helping America stay calm because it’s terrifying to walk into Walmart and see empty shelves.”

Lehmkuhl is in his fifth year as CEO of Lineage, the brainchild of two former Morgan Stanley investment bankers, Kevin Marchetti and Adam Forste. The two reunited after a few years working in private equity, Marchetti at The Yucaipa Companies, Forste at Kohlberg Kravis Roberts & Co. when they saw an opportunity in refrigerated and frozen food logistics. 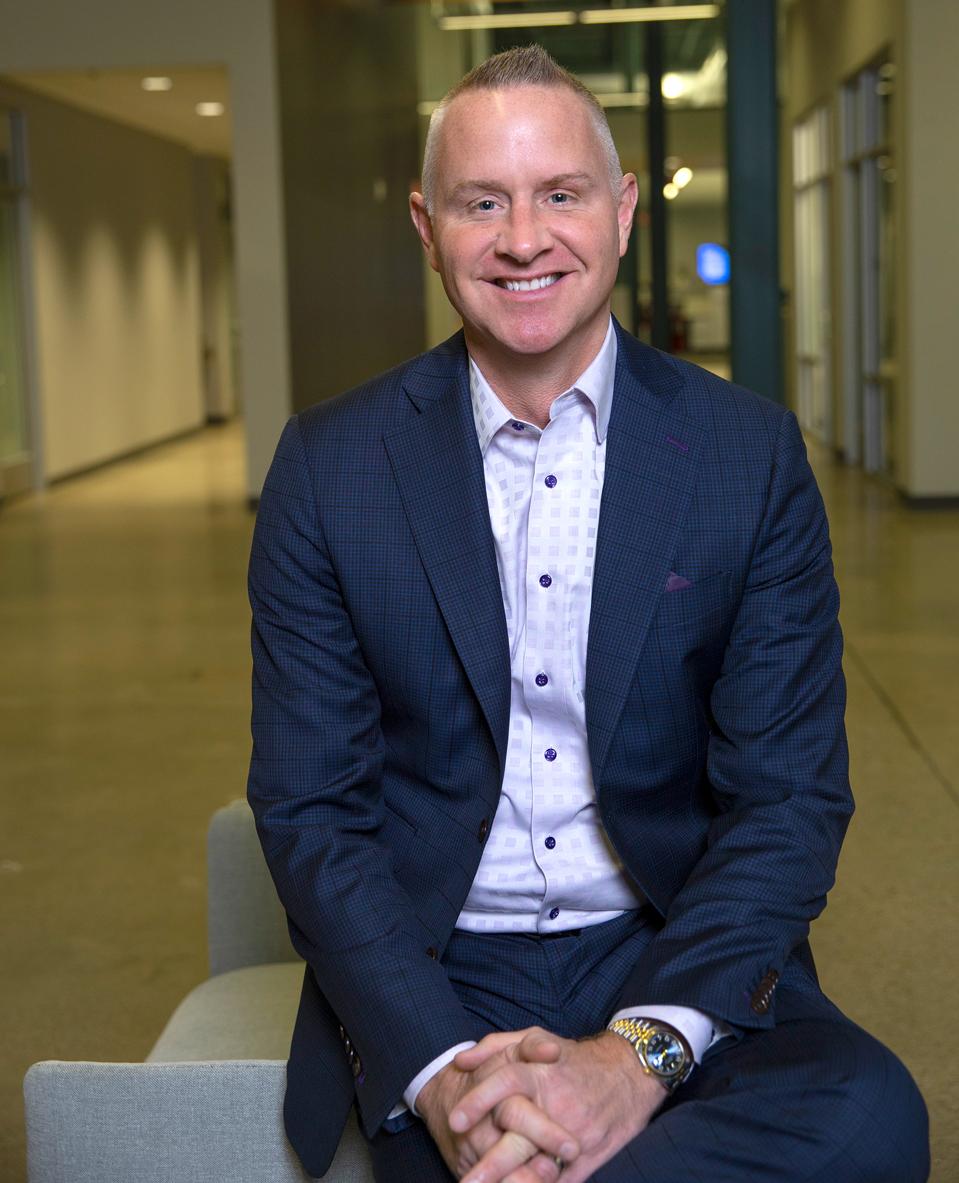 Peppered with small, family-owned companies, the industry was ripe for consolidation. These old school firms typically couldn’t invest much back into the business due to low margins and the high costs of operating a warehouse. But by rolling up companies together and using the right technology, Marchetti and Forste thought they could upend the industry. They formed a holding company, Bay Grove, in 2007 and started out with one 339,000 square foot warehouse in Seattle.

Since then, they have made over 40 acquisitions, the most recent being the $1 billion purchase of Preferred Freezer Services, Lineage’s next-biggest competitor, in November. They also raised $700 million in 2018 from Stonepeak Partners and D1 Capital, and used some of the capital to build a facility in Sunnyvale, Texas. Opened roughly a month, it is now the world’s most advanced automated warehousing and food distribution facility, according to the company. Lineage is already the top owner of automated warehouses globally, and runs the two largest automated temperature-controlled facilities in the world, one of which is in the U.S. Its team of data scientists is working out of San Francisco to rethink food storage on a massive scale. In recent years, they have deployed the same radar technology used in autonomous vehicles to scan every inch of warehouse space and are working up algorithms that analyze the inventory to help increase storage capacity and lower costs. Lineage says it has increased capacity by 60% and that it now is about 5% of what it used to cost to expand a building and add pallet positions.

All of it is part of an operation that has become essential to moving food at a time when most of the world is being told to stay still. With some shoppers too afraid to go to the stores, online grocery sales are surging — up two times from February levels for some Lineage customers — and grocers are begging for more space in Lineage warehouses – some as much as 50% more. Lehmkuhl is looking for 2,000 more workers before June, recruiting not just from the NBA but from the pools of people laid off or idle because of the crisis, from restaurant and hotel staff to Uber drivers. He’s also shifting some of his own workers from Lineage warehouses that specialize in restaurant and hospitality accounts to ones that service grocers.

In California, where Lineage is seeing the biggest spike in demand, it has already reassigned some of these employees and hired more factory workers. Around Los Angeles, primarily in the Inland Empire, factory hirings increased 30% in the first week of March overall. More than 40 workers from other facilities around the country moved into hourly shifts at Lineage’s two distribution centers there. In one facility in the area, Lineage shipped out 25.5 million pounds of food, up 30% from the same week last year. Much of it was dry food items like water, paper products, peanut butter, crackers, and dog food.

NBA player Steph Curry’s foundation is working with Lineage to distribute food to millions of at risk students from the logistics company’s Oakland warehouse.

In the U.K., where there are growing fears of a food shortage, Lineage manages warehouses for two of the country’s biggest grocers, Tesco and Aldi. Demand there has recently surged more than 130%, and sales of freezers, likely ones for stockpiling food in basements or garages, have increased 200% this month alone.

And while there is currently enough food in America, small problems can snowball at a time when industry is flooded with hundreds of logistical challenges all at once. Panic buying has overwhelmed the system – and that puts more pressure than ever on Lineage to deliver billions of pounds of food to where it needs to go. Joel Warady, a former Mondelez executive, says the situation has been building for years, as companies have moved to only stock between six weeks and two months worth of inventory at a time, as Wall Street favored asset-light operations. The unexpected stockpiling of late led to retailers selling three weeks of food in just half the time.  “If manufacturing shuts down, either because of a lock down or because you can’t get enough healthy employees, we’ll have about four weeks of inventory,” he says.

Lehmkuhl has fielded hundreds of calls from nervous grocers over the past week, worried over just that, asking about everything from contingency plans to recruiting efforts to attendance policy (workers are encouraged to stay home if they feel sick or need to take care of a family member; they will get full pay and additional vacation time specifically for coronavirus).

“This surge can’t last forever because you can only eat so fast and not everyone is going to buy two extra freezers, but we think there’s several more weeks of this,” says Lehmkuhl. “We’re starting to feel the strain a little bit more. I’m not forecasting that grocery stores are going to run out of products. But the cold chain is going to be more pronounced as this progresses.”