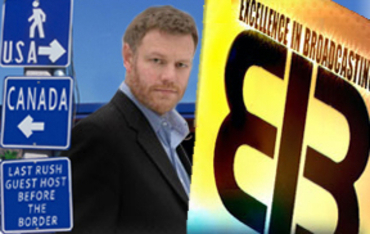 Today, Friday, I’ll be back on the air for a full three hours of substitute-host-level Excellence In Broadcasting on America’s Number One radio show starting at 12 noon Eastern/9am Pacific. You can dial us up either via the iHeart Radio app or on one of over 600 Rush affiliate stations across the fruited plain – such as our old friends at WNTK New Hampshire, where you can listen to the entire show from anywhere on the planet right here. I believe House Minority Leader Kevin McCarthy is scheduled to join me to talk about the impeachment inquiry/ongoing coup [delete according to taste], but it is Open Line Friday so whatever’s on your mind feel free to bend my ear about.

On Thursday’s “Tucker Carlson Tonight”, Tucker and Joe Bastardi launched their 2020 Climate Challenge – after which up popped yours truly to discuss the global warmers’ plans to abolish Thanksgiving, and to suggest this week’s Democrat savior Michael Bloomberg might have an especially difficult job complying with Tucker’s climate challenge:

Picking up on Carlson’s campaign for liberal jet-setters to plant a tree for every mile they fly in their private jets, Steyn suggested that might be a difficult task for former New York City Mayor Michael Bloomberg, who is reportedly on the verge of entering the presidential race.

“This is a guy who served as mayor of New York and almost every weekend took his private plane from New York City to his home in Bermuda. If he was to take the Tucker Carlson 2020 tree challenge, you would have to fill the Atlantic between New York City … and Bermuda to plant all the trees for all the private flights he has flown.”

Actually, I think I said Somerset, Bermuda, which is the easternmost village. If you were filling the Atlantic from New York City, that’s more or less where you’d hit – certainly somewhere in Sandys Parish. Click below to watch:

~Many Rush listeners came out to see me in Pennsylvania and western New York earlier this year. If you enjoy me on Rush and you’re in upstate New York, Vermont or New Hampshire, we hope to see you in Montreal in a couple of week for a trio of special live editions of The Mark Steyn Show. On the other hand, if you’ve got a private plane, feel free to jet in from wherever you are.

~As many of you will know, both the Mark Steyn Cruise maiden voyage and September’s encore excursion quickly sold out. So, by popular demand, we scheduled a third cruise for next year. After a special Steyn Club reception in Rome on October 5th 2020, we sail out into the Mediterranean aboard the MS Nieuw Statendam. Holland America’s beautiful and brand new flagship will be hitting all the high spots – Cartagena, Gibraltar, Seville, Barcelona, Marseilles, Monte Carlo, Pisa and more – before returning to Rome on October 15th 2020. I’ll be doing double-duty, hosting the cruise, and also hosting live seaboard editions of many favorite features along the way – Tales for Our Time, Song of the Week, Steyn’s Sunday Poem, and The Mark Steyn Show. I don’t have to carry the load single-handed, of course. I’ll be assisted by various special guests and old friends from round these parts – including Michele Bachmann, one of my very favorite presidential candidates of recent years and a stellar comedienne opposite me in our Lisa Page/Peter Strzok re-enactment last month. We’ll also welcome my old boss Conrad Black, recently pardoned by President Trump; Douglas Murray, author of the bestselling book The Strange Death of Europe; John O’Sullivan, Mrs Thatcher’s speechwriter and a doughty Brexiteer; and more. We’ll address all the heavy geopolitical stuff but we’ll also kick loose in the evening with dinner, convivial receptions, some late-night laughs and a little live music.

There’ll be plenty of time for relaxation and revelry and getting to know your fellow Steyn cruisers and our guests. And every day we’ll enjoy world class service from Holland America, and the spectacular beauty of the Mediterranean and some of its great cities before Douglas’ strange death of Europe kicks in.

We’ve reserved the best cabins throughout the ship – and in all of the various categories so that you can make accommodation arrangements that suit you best. We’re excited to welcome you aboard for the third Steyn at Sea cruise – but tempus fugit, so don’t leave it too long! (As with most travel bookings, the price is better the earlier you book.)

So picture yourself on Holland America’s lovely MS Nieuw Statendam, along with your fellow Steyn Club members and me and my guests, enjoying ten full days and nights of shipboard fun as we ponder the collapse of western civilization. There’ll be:

*Live editions of The Mark Steyn Show, and other favorite SteynOnline features;
*Plenty of chances to meet, schmooze and hector me and my guests;
*Exclusive cocktail receptions and dining with yours truly, our guest speakers, and your fellow Steyn cruisers;
*Accommodations and all meals included;
*Port charges, taxes, fuel surcharges, and government fees all included;
*Most shipboard activities included;
*A fully escorted cruise by Steyn Club staff and the best cruise organizers in the business;
*And a few surprises along the way…

If you’re one of those people who have always wanted to come on a cruise but have yet to take the, er, plunge, well, there’s never been a better time to stop procrastinating. You don’t have to be married, or even going steady: Nearly thirty per cent of our cruisers are single, so, if you fancy your chances with a Steyn Club member as the moon hangs over the Côte d’Azur and the sound of me singing “Cat Scratch Fever” wafts up from below deck, give it a go.

See you on the telly tonight and tomorrow, and on the radio at noon Eastern – and do give me a call.

Trouble in the Workers’ Paradise

The Farming Wit and Wisdom of Mike Bloomberg

News DSMW - February 18, 2020
0
Debris, including car and body parts, lined the road from the scene of the crash to where the car stopped, the affidavit said. ...

News DSMW - February 18, 2020
0
Bernie Sanders’ presidential campaign plans to ask the Iowa Democratic Party for a recount of the chaotic Iowa caucuses, which melted down earlier this month when a faulty app used by organizers delayed vote tallies. “Based on what we understand to be the results, we intend to ask for a recount,”...

Commentary Mark Steyn - February 18, 2020
0
TSA protecting the skies one grope at a time, a British court defends the right to tweet, and a deaf man teaches his deaf puppy sign language. These and more stories from around the web in this week's Laura's Links. ...
MORE STORIES