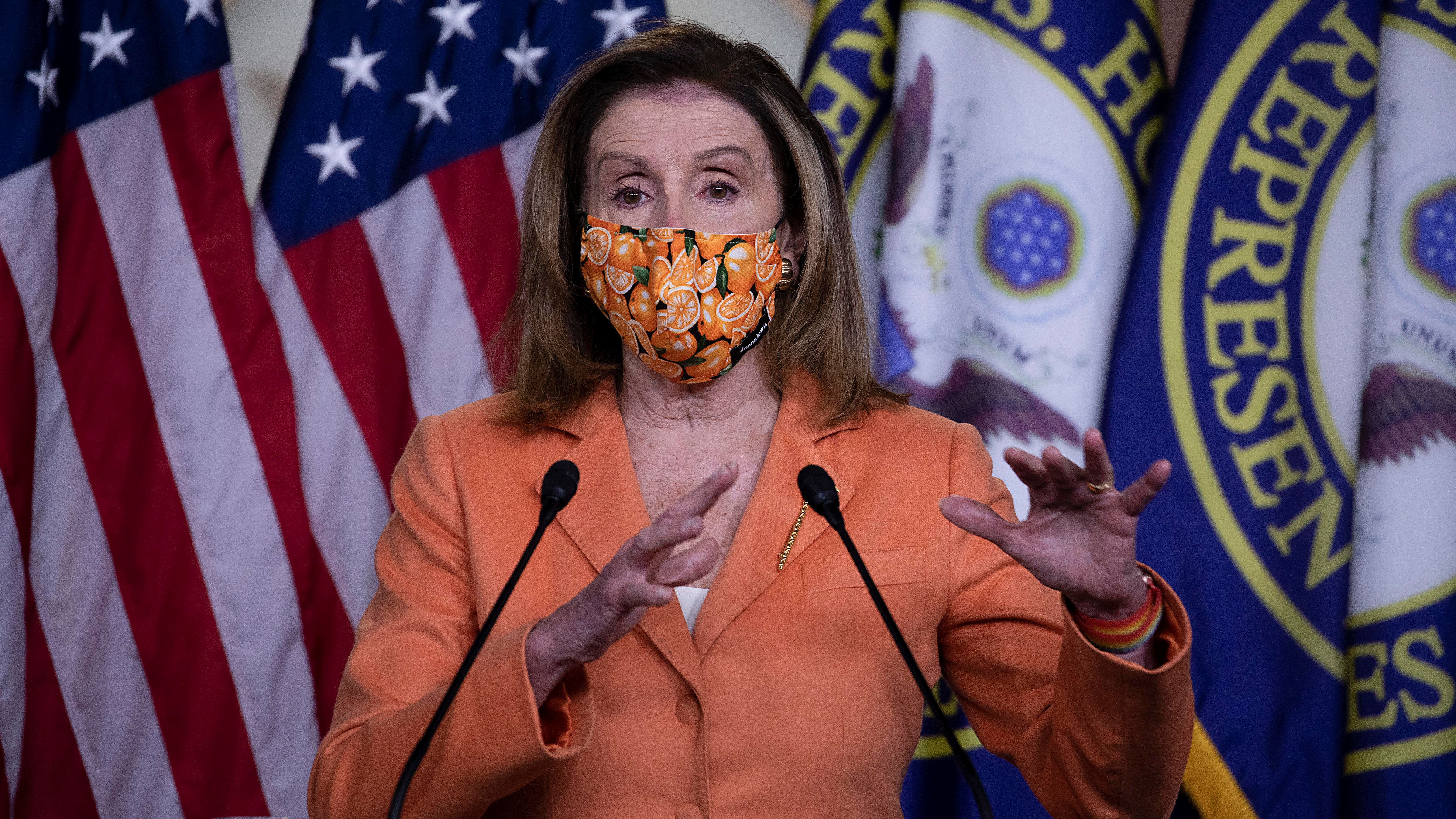 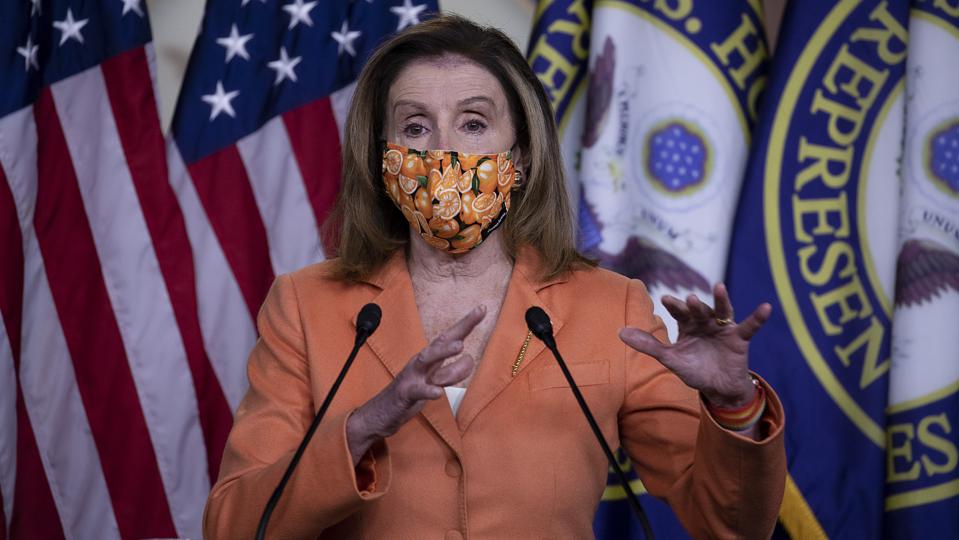 WASHINGTON, DC – OCTOBER 08: Speaker of the House Rep. Nancy Pelosi (D-CA) during the Weekly News … [+] Conference on Capitol Hill on October 08, 2020 in Washington, DC. Pelosi spoke on the uncertainty around negotiations of another emergency COVID-19 relief package. (Photo by Tasos Katopodis/Getty Images)

Pelosi, who has advocated for the revised $2.2 trillion version of the Heroes Act passed by the House earlier this month, said in a letter to fellow House Democrats that while the administration “attempted to address some of the concerns Democrats have,” their latest proposal represents “one step forward, two steps back” in negotiations.

Pelosi took aim at Trump for claiming to want a “bigger stimulus package” than Democrats while pushing for less funding, asserting that he actually wants “more money at his discretion to grant or withhold” as opposed to provisions to “honor our workers, crush the virus and put money in the pockets of workers.”

“We still have disagreement on many priorities,” Pelosi said, adding that Democrats are “awaiting language from the Administration on several provisions as the negotiations on the overall funding amount continue.”

A “key concern” Pelosi pointed to is the “absence of any response on a strategic plan to crush the virus,” as well as “sadly inadequate” funding for state and local governments – a key sticking point which Trump has called a “bail out” of Democratic cities and states.

Pelosi nonetheless said she remains “hopeful” that the administration’s decision to return to the negotiating table three days after Trump ended talks will “move us closer to an agreement on a relief package.”

Forbes has reached out to the White House for comment.

The comments come after a tumultuous week for stimulus talks, with Trump shutting down talks on Wednesday before gradually backtracking, calling on Congress to pass individual measures authorizing a new round of stimulus checks and funding the Payroll Protection Program. On Friday, Trump re-entered negotiations and even claimed to want a “bigger stimulus package” than Democrats, despite pushing for hundreds of billions less in spending. Trump reportedly sees stimulus spending as critical to his re-election chances.

White House communications director Alyssa Farah said Friday that while the administration was willing to come up from its $1.6 trillion offer, they would like to “stay below $2 trillion.”

72%. That’s the share of voters in a New York Times/Siena College poll released in September who said they support a $2 trillion stimulus package, compared to just 23% who oppose it.

Even if House Democrats and the White House manage to strike a deal, yet another snag comes in the GOP-controlled Senate, where a considerable portion of Republicans have voiced opposition another stimulus package. Senate Majority Leader Mitch McConnell has called a deal before the election “unlikely,” and said he would instead focus on confirming Judge Amy Coney Barrett to the Supreme Court.