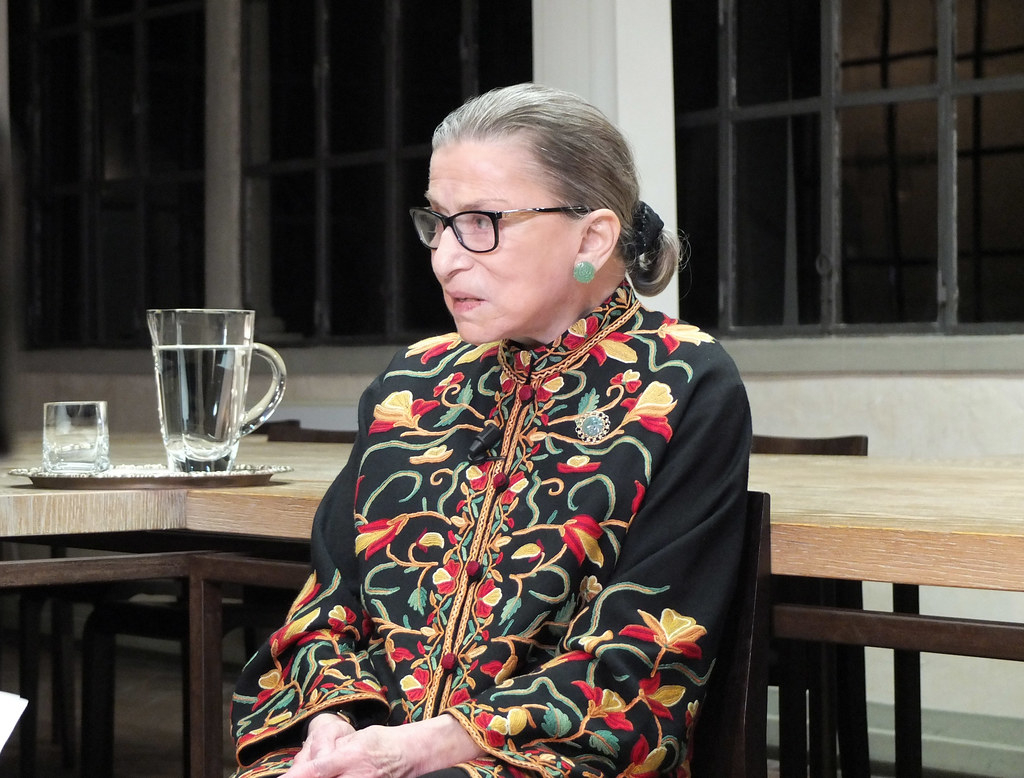 Hi again, and welcome to another edition of Laura’s Links.

As I elucidated last week, we Jews just finished celebrating the Jewish New Year. As writer’s luck would have it (and please don’t bother writing to me if you are too thick to understand that by luck, I mean HELLO, I am joking, it’s called a joke, Google it), Ruth Bader Ginsburg’s passing just before the holiday and the current efforts towards her beatification have given me a news peg for my pre-Yom Kippur links!

I have to admit, I find this whole “job for life”, like actually till you die thing, very strange. From my perspective, American veneration of Supreme Court justices is moderately idolatrous. But hey, I’m just the In-House Jewish Mother, and a Commonwealth simpleton at that. So, you know, whatever, feel free to set me straight in the comments.

Anyway, I’ve had my fill of all the lefty Jews and lefty lefties running out of the room in their tear buckets for RBG, RIP. Bader Ginsburg was born Jewish, but turned away from Judaism purposely and decisively. Period. She was more animated by leftist principles than Jewish ones, and even the biggest “Justice, justice shall you pursue” sign on a door, as she is alleged to have had, does not make it otherwise. Lying in state is not Jewish, by the way. It’s definitely one of the least Jewish death-related things around, other than cremation. She is being venerated for her leftist values by the masses, not for Jewish ones. Having said that, according to Jewish law, a Jew remains a Jew, regardless of professions of faith or a lack thereof.

Anyway, all this brings me to Yom Kippur and the “Jewish question”. The real Jewish question, the one I’m asked all the time, is why Jews vote with the leftists who hate them, and affiliate with the most virulent and clearly anti-Semitic forces, right up to the point of their own existential detriment? The real Jewish question, the one that Jews ought to be reflecting upon as we approach Yom Kippur, is why Jews take up the religions of leftism, Marxism and wokeism in such a fervent way? How can the stiff-necked people be so stiff-necked, and how can we help them back to the fold?

The most satisfying, unsatisfying reason to My Jewish Question is that these multitudes, though born Jewish, have turned their backs on the G-d of Israel but remain believers. Rabbi Lord Jonathan Sacks once said there is clearly something in the Jewish DNA that codifies and is built on belief: it’s as necessary in our genes as oxygen is for all living creatures. It’s in our DNA. (By the way, please spare me the “disproportionate” sermon unless you would also like to have a conversation about the “disproportionate” number of pasty white rich non-Jews who are running amok in BLM circles and then we will meet back at “see the memo from G-d of Israel” anyway, so…).

Being a Jew is hard. Living by the commandments is hard. Trust me that it’s not “about FDR”. It’s deeper and sadder, it’s suicidal utopianism with leftist messianism and will continue to have sinister and heartbreaking consequences for the foreseeable future until death, many deaths.

Did I over-Jew it here? Oy, hope not. There’s always hope, however misplaced, that My Idiot People will revert to sensibility. (Memo to self: send fully and totally over the top bribery basket of traditional Jewish baked goods to Steyn HQ, deep in the rolling, forested hills of gentile NH to numb the normally good senses of Mark Steyn into a semitic semi-comatose carbohydrate-ish state and to make him forget how depressing I was here…)

Speaking of hizzzzzhonor, make sure you check out the treasure trove of Steynacopia from the past week: his Joe Goes Corny Pop appearance on Tucker Carlson Tonight, a great interview on Australian TV: Virtue-Signalling Unto Death, Singing Out, Last Orders at the Hive, Crazier Than Thou and his truly exquisite take on Autumn Leaves in the latest Song of the Week.

Just for kicks, I will leave you with a couple of pithy observations from some miscellaneous smart people. One here, and one here. Wishing the Jewish people an easy and meaningful fast and to be inscribed in the Book of Life for a good, healthy year. Good wishes and blessings in abundance, as always to Mark Steyn and his house and his many supporters and fans and I’ll see you in the comments!

This is not a small thing.

Hey, if masks work, why don’t they work?

The Democrats are the official party of anti-Semitism in America. Fight me.

It’s over in Toronto, yet the city refuses to let things and people be normal.

This essay is so, so good. Shout out to Bridget Phetasy for coining “micro-cancellations”. OH MAH GAWD I am honestly slapping myself upside my own heads for not thinking of that. It’s brilliant. Read the whole article. Worth your time. Also follow her on Twitter because she is funny, interesting and her candid conversations about sobriety have clearly inspired and helped a lot of people.

Is criticizing George Soros anti-Semitic? (No, but read the whole thing).

“This is a blank page that we must write together.”

More here. And here. This is cool also. And this, I just can’t even!

I will never forgive the French for forcing me to reconsider that the effete Frenchman Macron is actually butch and showing some of the biggest stones in Western civilization. It pains me to admit that the French are right about anything, especially this.

Hey, here’s an idea. How about stop scaring the daylights out of normal citizens, you massive pile of wanker, fear-mongering idiots.

Words of wisdom from Douglas Murray because OF COURSE IT’S DOUGLAS MURRAY. Duh!

Please remind me why we “need” more lockdowns.

Australia is royally and utterly screwed.

French, amazingly, once again are the champions of normal.

The great Daniel Greenfield reminds us that if we think we have reached peak crazy, we should actually think again.

“I want to be in your family.”

“That’s just what we do around here…”

It’s open thread time! Laura’s Links serves as our weekly opportunity to kick back in the comments and dish on the stories Laura has curated and others she may have missed. While the ‘No going off-topic’ rule is suspended, the others, regarding URLs, profanity and ad hominem attacks, remain in place. If you want to join in on the commenting – one of many perks reserved for members of The Mark Steyn Club – you can pick up a membership here. Meet your fellow Club members – and Laura Rosen Cohen – in person by joining us on our rescheduled Mediterranean cruise alongside Ann McElhinney and Phelim McAlleer, Douglas Murray and Michele Bachmann.

Putting a Lid on It

Jeffrey Toobin and Our Public-Hate Ritual

A Few Cracks in the Progressive Wall

Tear Down This Wall

News DSMW - October 21, 2020
0
The state of Florida could cease releasing the number of confirmed coronavirus cases to the public despite the ongoing pandemic, making it one of only four states that don't publicly report case numbers. Although Florida maintains a website that is updated every day with the......

News DSMW - October 21, 2020
0
Nationwide, such voters are tilting toward Biden. But in Georgia, the president’s law-and-order message seems to be keeping the bulk of them in his column. ...
MORE STORIES