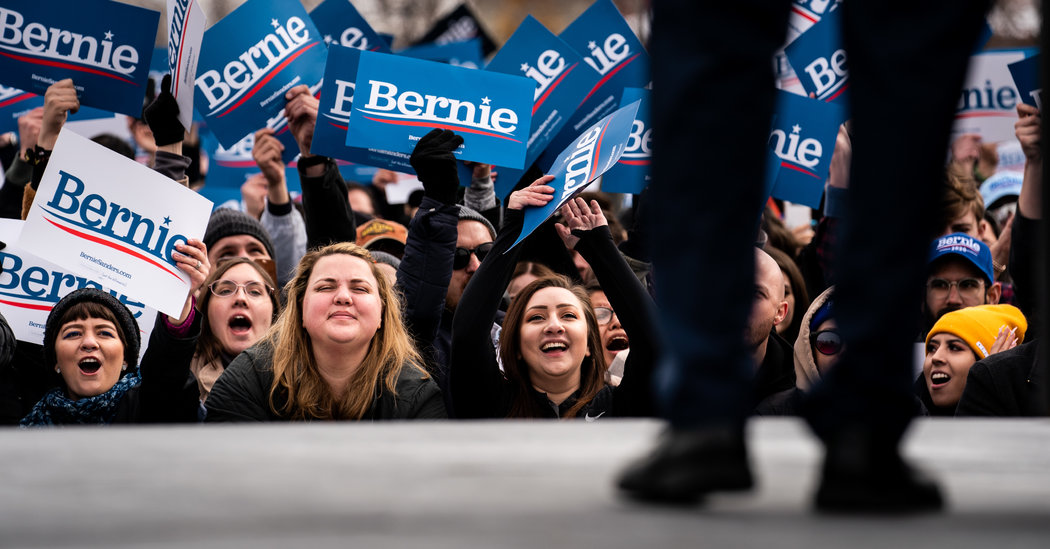 “Tomorrow, March 3, 2020, I will be casting my ballot for Joe Biden,” Mr. O’Rourke said after taking the stage to uproarious applause. “We need somebody who can beat Donald Trump.”

Mr. Biden spoke in between the two former presidential candidates, taking the stage after Ms. Klobuchar and before Mr. O’Rourke. He thanked Ms. Klobuchar — “You’re going to hear a lot from Amy Klobuchar,” he promised — before delivering a condensed version of his stump speech to a capacity crowd in downtown Dallas.

Mr. Biden, who romped to victory in South Carolina on Saturday, is now competing aggressively here in Texas and across the other delegate-rich states that vote on Tuesday, and has racked up a long list of endorsements since his win, including from Ms. Klobuchar and Pete Buttigieg on Monday alone. His path to victory in many of these states remains highly volatile and challenging — he has been vastly out-organized by two of his well-funded chief rivals, Bernie Sanders and Michael R. Bloomberg.

But his appearance here Monday night represented a remarkable turnaround from even a week ago, when after a fourth-place finish in Iowa, fifth-place showing in New Hampshire and second-place result in Nevada, his path forward looked uncertain.

He spoke against the backdrop of a giant Texas flag after receiving endorsements from Ms. Klobuchar and, earlier in the day, Mr. Buttigieg, who had appeared with him at a nearby restaurant.

After he finished, almost as a surprise, Mr. Biden welcomed Mr. O’Rourke onto the stage. The former Senate candidate in Texas, whose challenge to Senator Ted Cruz lifted him onto the national stage, pitched the former vice president as the ideal candidate to lead the ticket in Texas.

After he finished, Mr. Biden had a request of Mr. O’Rourke.