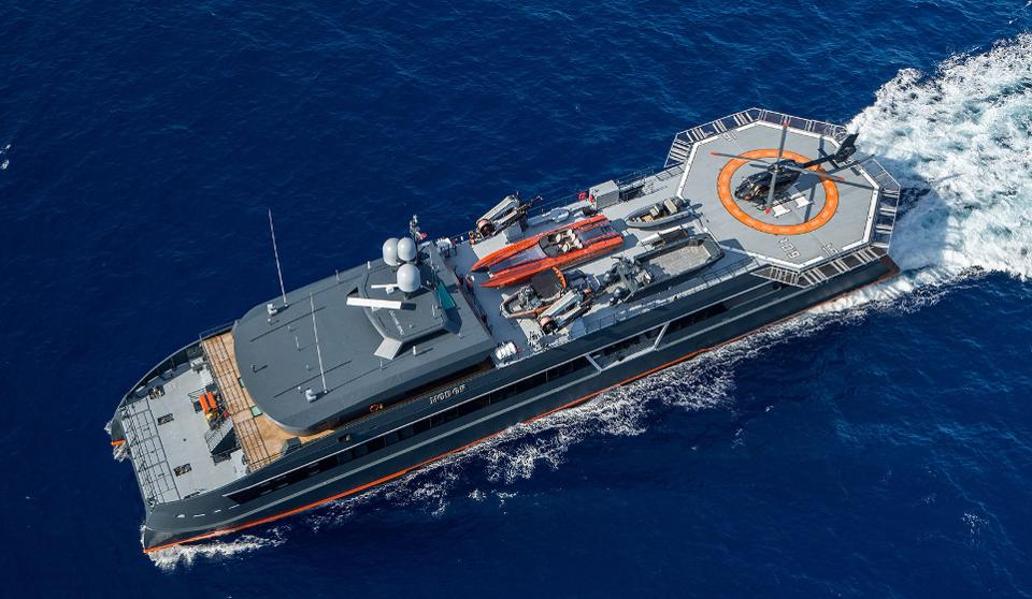 The sun was setting off the coast of Panama this week as the 285-foot superyacht Lonian sat securely anchored next to its spectacular 216-foot support catamaran yacht, Hodor. Among Hodor’s cargo is five tenders, including a 55-foot chase boat, Jet Skis, and quad bikes. The support yacht also prominently features its own custom hospital with a private nurse and 20-person crew for its billionaire owners.

Most yachts over 300 feet contain mini-hospitals, or secure medical rooms, and yacht nurse staffing agencies can barely keep up with the increase in demand following the coronavirus outbreak. As yacht owners find themselves virtually isolated in their foreign locations, the need for onboard medical protection is an urgent necessity.

I spoke with several experts in the industry, and they say that numerous superyachts are currently traveling to or already in secure locations near private islands far from the maddening crowds of possible infection.

“COVID-19 has impacted the yachting industry heavily,” says Alex Haubrich of Yachtie World. “Many crew members have lost their jobs and are stranded away from home and family. Some owners are using their vessels for social distancing, which is understandable, but some are running with half the crew or less, which means the demand for the remaining crew members is increasing. A lot of employed yacht crew are panicking as they don’t know whether or not their jobs or health are in jeopardy.”

And with maritime movement now increasingly restricted, many yachts are stuck in their destinations while territorial waters, including the French Mediterranean Sea is prohibited for docking. Antigua and Barbuda have banned inbound traffic from North America and Europe. The Bahamas and U.S. Virgin Islands have restricted activity to only essential services, and St. Maarten has closed its waters to all foreign vessels, including superyachts. Nobody is allowed to disembark for any reason.

One superyacht nurse staffing agency Wilson Halligan currently advertises the nursing position as less glamorous than it may sound, since it often means nurses also act as stewardesses: “A nurse/stewardess is expected to maintain the onboard medical ward and nursing stations. This would include stock take, ordering supplies and recording inventories. Depending on the yacht owners’ health, they may be required for certain medical duties; otherwise, they are on standby awaiting the need for medical attention. There are often two nurses working together and sometimes even an onboard doctor on some of the much larger vessels.” 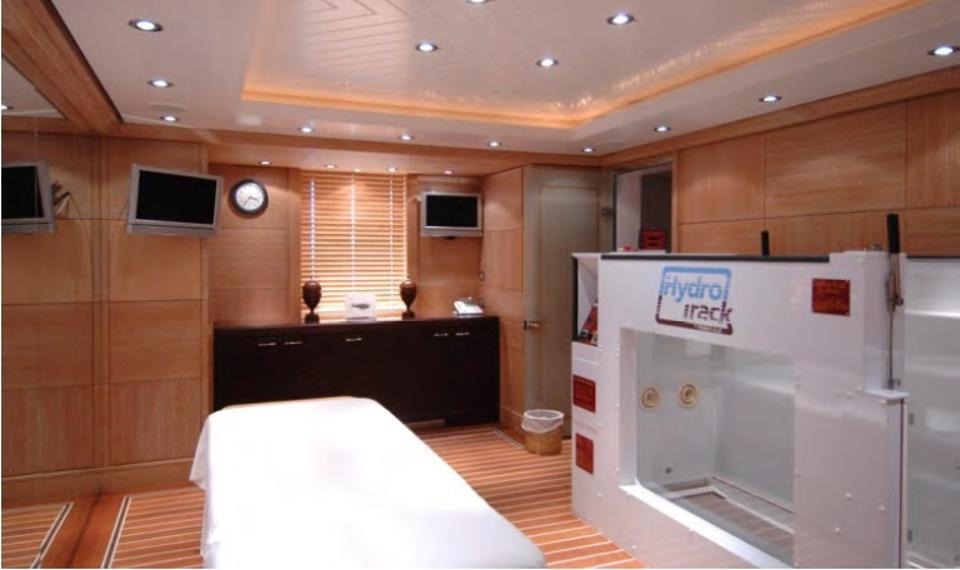 While the yacht nurse is part of the interior team, they often perform double duty and assist in housekeeping and service, and the gig usually lasts five months on and one month off. One yacht nurse aboard a megayacht (who wishes to remain anonymous) tells me she had to deal with an owner with a sudden traumatic injury, and they were too far from any land to helicopter them out.

PLUS: How Billionaire Bunker Owners Are Preparing For The Ultimate Underground Escape

The yacht she works on has an x-ray machine and a Hyperbaric chamber. She ended up taking care of the client with medication and an IV as the yacht continued its course closer to shore for surgery and medevac. All yacht nurses need an ENG1 Medical Certificate, and most have at least two years of experience working as a registered nurse.

The editor behind Superyacht Fan notes that “a vast number of vessels that are fully equipped with medical rooms and hospitals include: Al Salamah, the 456-foot megayacht built for the late Prince Sultan bin Abdul Aziz al has two hospitals, one of the owner and one for quests. Al Raya (ex Dilbar) has a hospital with a separate office. Jubilee, owned by the Walton family, has its own hospital. Al Riyadh was built for an Arab royal and it has a hospital, and the superyacht Turama has a two-bed hospital on board.” 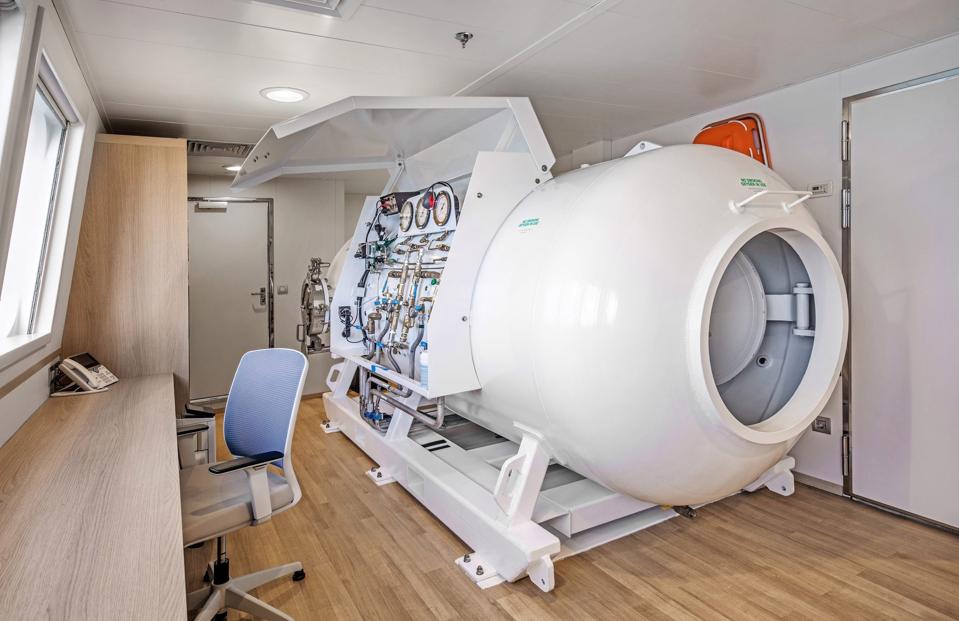 And now these superyachts are using support vessels for overflow equipment, and guests, as well as SOLAS-approved hospital rooms. Among them: Game Changer, McCarthur Explorer Yacht, Alexander, and Intrepid (built for billionaire Eric Schmidt to accompany his Infinity superyacht). 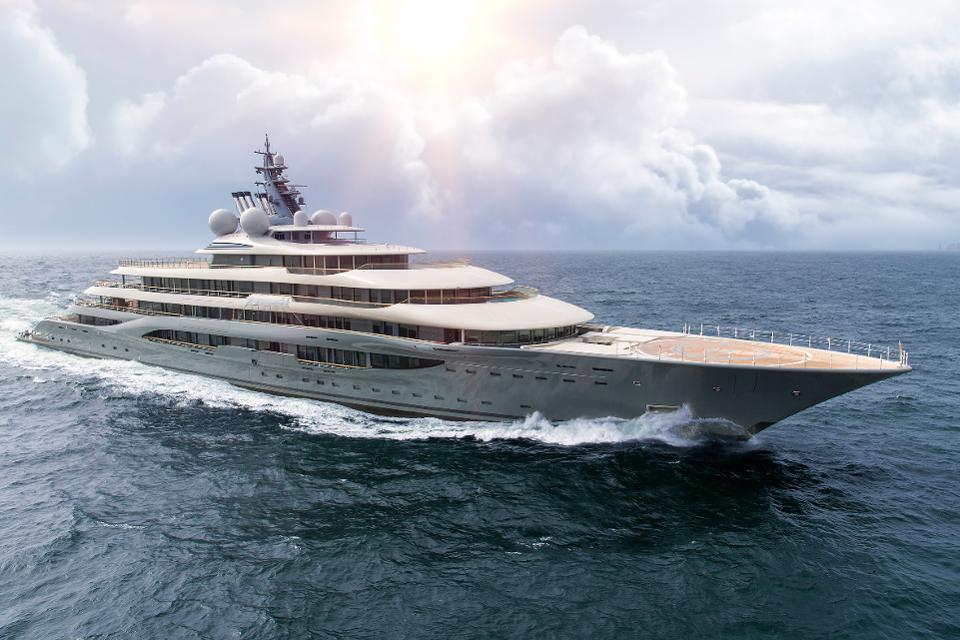 A few months ago, I took a private tour of the spectacular superyacht Flying Fox, and they have a medical room with a decompression chamber as well as extensive emergency equipment. The superyacht is currently moored with its owners deep in the Indian Ocean off a private island.

I have been aboard countless yachts where spas and treatment rooms also double as medical rooms. Many are equipped with oxygen tanks, defibrillators, specialized medications and intravenous fluids, while a few offer rehabilitation machines for injuries. According to a report by Chris Caswell in Boat International, “many yachts are required by maritime law to have basic training in first aid while most members of the crew have the equivalent of paramedic training as well.” 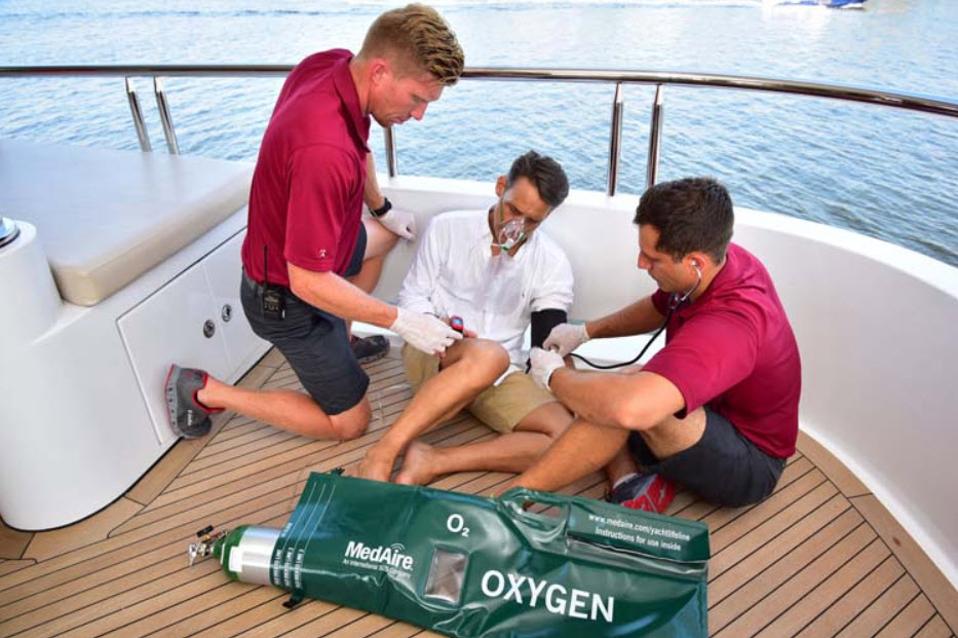 “Most superyachts also use telemedical services where they can monitor a medical crisis with an emergency room doctor directly,” according to Caswell. “Many yachts also are equipped with monitoring devices so the doctor can read any vital signs thousands of miles from the yacht. Since the doctors are often based in a hospital emergency room, specialists can also be called upon if required.” 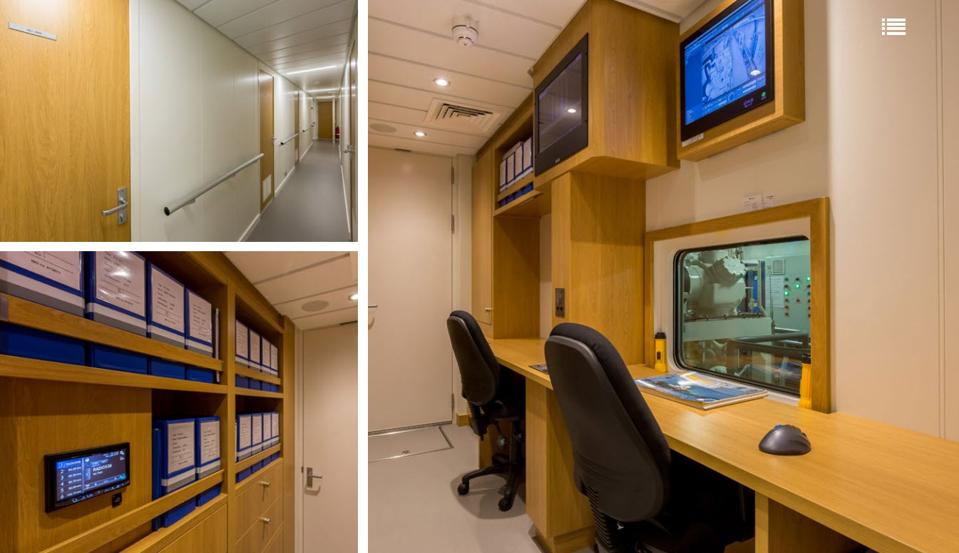 With the world in a critical state, nurses are among our greatest heroes, and regardless of where they are commissioned, whether it be off a Caribbean island or in an emergency room, we owe them our prayers, appreciation, and support.