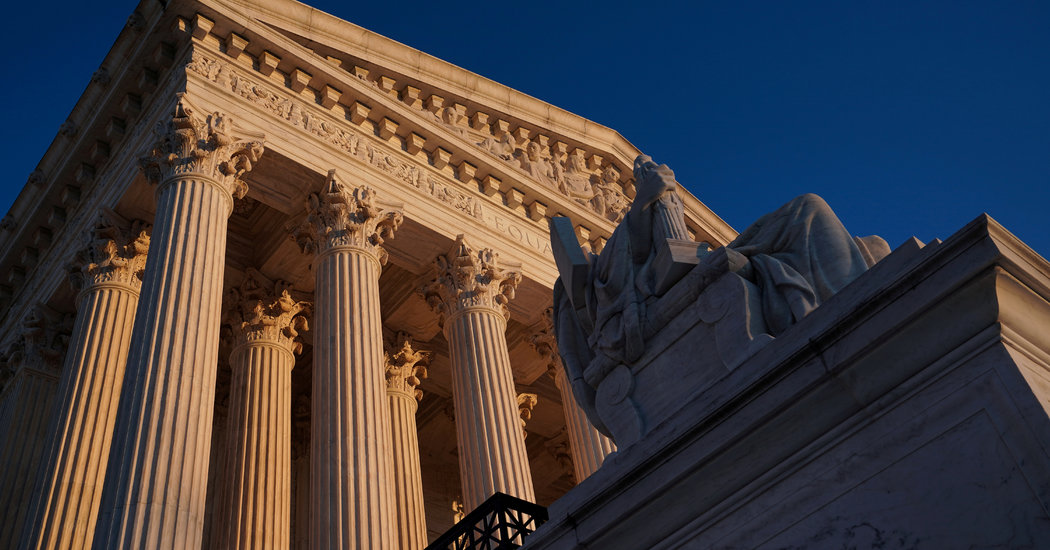 WASHINGTON — The Supreme Court agreed on Monday to decide whether judges must determine that juvenile offenders are incorrigible before sentencing them to die in prison. The case, involving a teenager who killed his grandfather, is the latest in a series of cases on the constitutionality of harsh punishments for youths who commit crimes before they turn 18.

The case, Jones v. Mississippi, No. 18-1259, concerns Brett Jones, who had recently turned 15 in 2004 when his grandfather discovered his girlfriend in his room. The two men argued and fought, and the youth, who had been making a sandwich, stabbed his grandfather eight times, killing him.

In 2005, Mr. Jones was convicted of murder and sentenced to life without the possibility of parole, the mandatory penalty under state law.

In 2012, in Miller v. Alabama, the Supreme Court ruled that automatic life sentences for juvenile offenders violated the Eighth Amendment’s ban on cruel and unusual punishment. The decision repeatedly criticized mandatory sentences, suggesting that only ones in which judges could take account of the defendant’s age were permissible.

In Montgomery v. Louisiana in 2016, the court made the Miller decision retroactive. In the process, it seemed to read the Miller decision to bar life without parole not only for defendants who received mandatory sentences but also “for all but the rarest of juvenile offenders, those whose crimes reflect permanent incorrigibility.

After the hearing, the trial judge resentenced Mr. Jones to life without parole. “The court did not find that Brett was permanently incorrigible, nor did it acknowledge that only permanently incorrigible juvenile homicide offenders may be sentenced to life without parole,” Mr. Jones’s lawyers told the U.S. Supreme Court in their petition seeking review. “In fact, it did not address Brett’s capacity for rehabilitation at all.”

The question of whether judges must find that juvenile offenders are incorrigible before sentencing them to die in prison has divided state supreme courts.

In his response to Mr. Jones’s petition, Jim Hood, Alabama’s attorney general, wrote that Mr. Jones had received an adequate hearing and that no specific finding of incorrigibility was required.

The Supreme Court had been set to decide the issue presented in Mr. Jones’s case in the case of Lee Malvo, the younger of the two men who terrorized the Washington region with sniper shootings in the fall of 2002.

When that case, Mathena v. Malvo, No. 18-217, was argued in October, several justices said consideration of whether juvenile offenders were incorrigible was important.

Justice Elena Kagan, who wrote the majority opinion in the Miller decision, said it and the Montgomery decision could be boiled down to two words: “Youth matters.”

“You have to consider youth,” she said, “in making these sorts of sentencing determinations.”