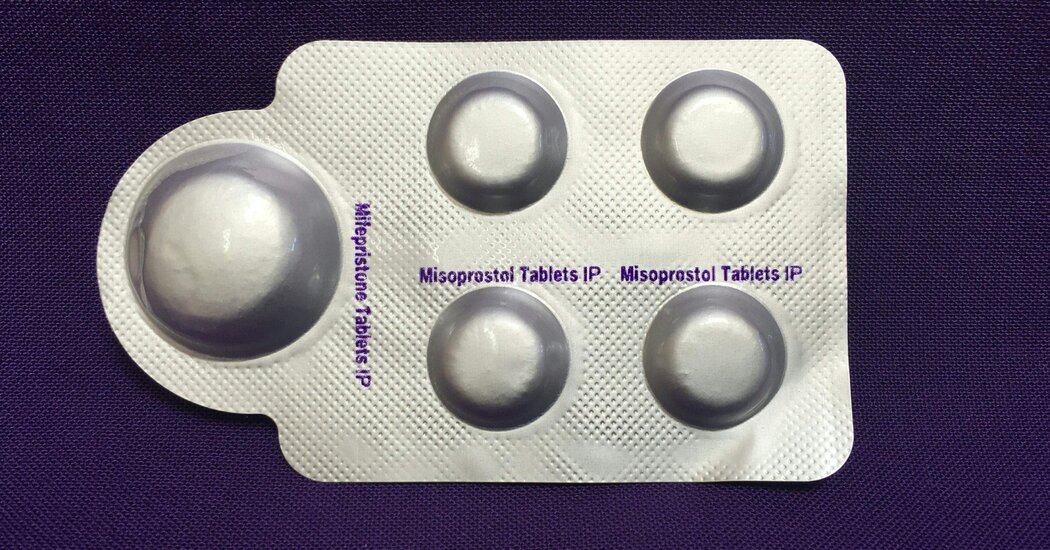 WASHINGTON — The Supreme Court on Thursday refused for now to reinstate a federal requirement that women seeking to end their pregnancies using medications pick up a pill in person from a hospital or medical office. A judge had blocked the requirement in light of the coronavirus pandemic, saying that a needless trip to a medical facility during a health crisis very likely imposed an undue burden on the constitutional right to abortion.

The Supreme Court’s brief, unsigned order said that “a more comprehensive record would aid this court’s review.” The justices instructed the trial judge to take a fresh look at the case and to rule within 40 days. In the meantime the disputed requirement will remain suspended.

Justice Samuel A. Alito Jr., joined by Justice Clarence Thomas, issued a dissent accusing the majority of inconsistency in its rulings on cases arising from the pandemic and of effectively deciding the case by failing to act.

Justice Alito wrote that the court had restricted religious liberty by refusing to exempt churches from state shutdown orders but had expanded abortion rights in the face of a government safety regulation.

“In response to the pandemic, state and local officials have imposed unprecedented restrictions on personal liberty, including severe limitations on First Amendment rights,” he wrote. “Officials have drastically limited speech, banning or restricting public speeches, lectures, meetings and rallies. The free exercise of religion also has suffered previously unimaginable restraints, and this court has stood by while that has occurred.”

“In the present case, however,” Justice Alito wrote, “the district court took a strikingly different approach. While Covid-19 has provided the ground for restrictions on First Amendment rights, the district court saw the pandemic as a ground for expanding the abortion right recognized in Roe v. Wade.”

He added that six weeks had passed since the Trump administration had asked the Supreme Court to intercede.

“For all practical purposes, there is little difference between what the court has done and an express denial of the government’s application,” Justice Alito wrote.

The case concerned a restriction imposed by the Food and Drug Administration on medication abortions, which are permitted in the first 10 weeks of pregnancy. About 60 percent of abortions performed in those weeks use two drugs rather than surgery.

The first drug, mifepristone, blocks the effects of progesterone, a hormone without which the lining of the uterus begins to break down. A second drug, misoprostol, taken 24 to 48 hours later, induces contractions of the uterus that expel its contents.

The contested measure requires women to appear in person to pick up the mifepristone and to sign a form, even when they had already consulted with their doctors remotely. The women can then take the drug when and where they choose. There is no requirement that women pick up misoprostol in person, and it is available at retail and mail-order pharmacies.

The American College of Obstetricians and Gynecologists and other groups, all represented by the American Civil Liberties Union, sued to suspend the requirement that women make a trip to obtain the first drug in light of the pandemic. There was no good reason, the groups said, to require a visit when the drug could be delivered or mailed.

Judge Theodore D. Chuang, of the Federal District Court in Maryland, blocked the measure, saying that requiring pregnant women, many of them poor, to travel to obtain the drug imposed needless risk and delay, particularly given that the pandemic had forced many clinics to reduce their hours.

He imposed a nationwide injunction, reasoning that the American College of Obstetricians and Gynecologists has more than 60,000 members practicing in all 50 states and that its membership includes some 90 percent of the nation’s obstetricians and gynecologists.

A unanimous three-judge panel of the United States Court of Appeals for the Fourth Circuit, in Richmond, Va., refused to stay Judge Chuang’s injunction while an appeal moved forward. The Trump administration, which often seeks Supreme Court intervention on an emergency basis when it loses in the lower courts, asked the justices to stay the injunction.

The acting solicitor general, Jeffrey B. Wall, argued that the regulation was sensible, as it gave women an opportunity to consult with their doctors and ensured that they would receive the drug without delay. He added that the regulation did not impose the sort of substantial obstacle to access to abortion barred by the court’s precedents because it was still possible to obtain surgical abortions.

“Given that surgical methods of abortion remain widely available,” Mr. Wall wrote, “the enforcement of longstanding safety requirements for a medication abortion during the first 10 weeks of pregnancy does not constitute a substantial obstacle to abortion access, even if the Covid-19 pandemic has made obtaining any method of abortion in person somewhat riskier.”

The A.C.L.U.’s brief questioned that logic.

“Defendants’ theory that the alternative option of a surgical abortion somehow defeats plaintiffs’ claim makes no sense: The constitutional violation in this case arises from the F.D.A.’s mandate that patients incur grave Covid-19 risk by engaging in unnecessary travel and physical proximity to other people as a condition of obtaining abortion care, when they could safely obtain the pill by mail,” the brief said.