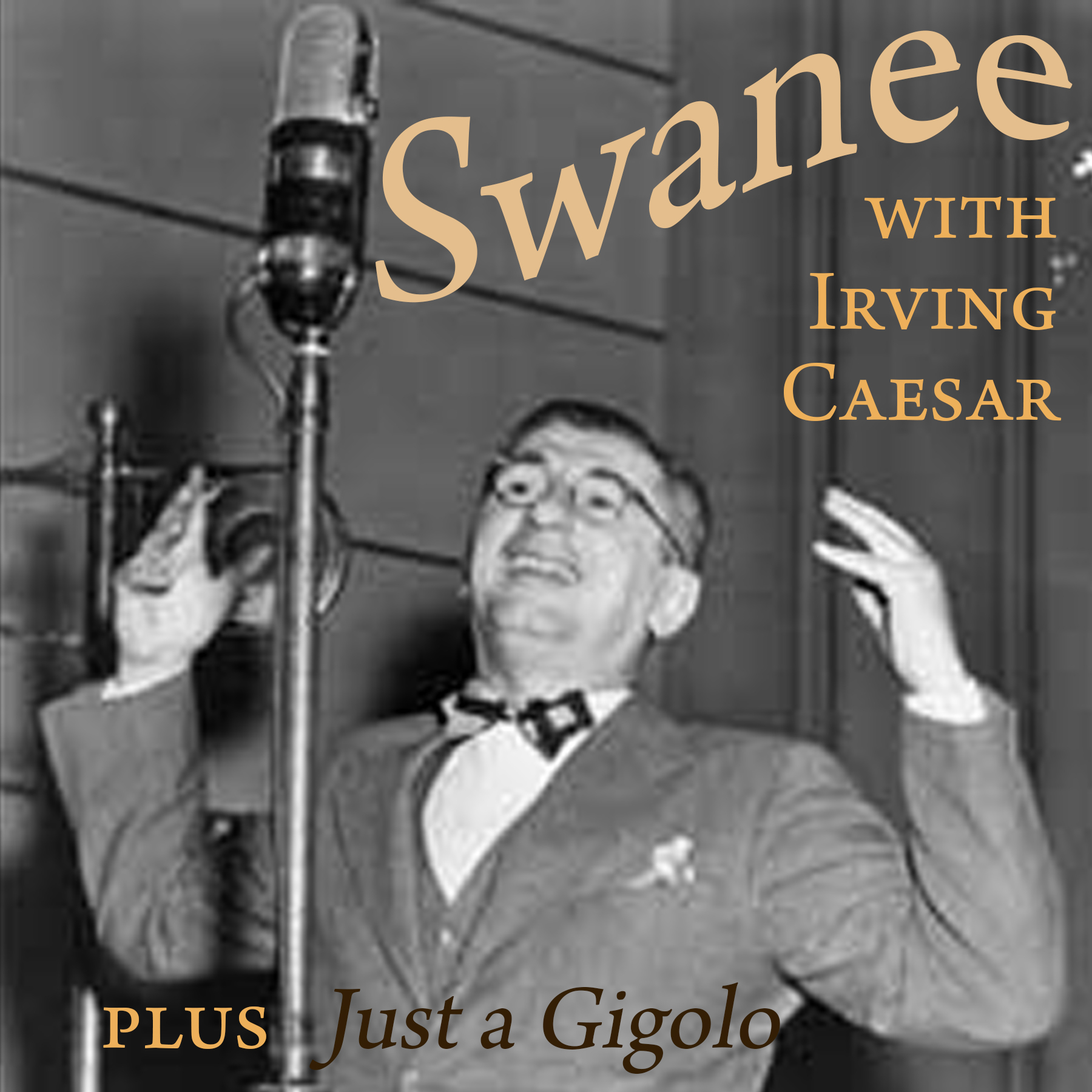 Before the month of December turns to Yuletide festivities, I thought I’d tip my hat, as 2019 slips away, to a rip-roaring song celebrating the centenary of its world premiere this autumn – the first big hit for a young New York song plugger called George Gershwin, and written not with his brother Ira but with one of the great characters of Tin Pan Alley Irving Caesar.

In this audio edition of our Song of the Week, we’ll hear, from the Steyn archive, yours truly in conversation with Irving Caesar about the events of one hundred years ago that led to “Swanee” sweeping the country. He was ninety years old when this interview was recorded in 1985, so we’ll also hear him tell the story of the unexpected hit he was enjoying that summer of the mid-Eighties – a revival of “Just a Gigolo” by the frontman of the heavy metal band Van Halen. Hey, how many other shows play both Al Jolson and David Lee Roth?

I confess that the peculiar enthusiasms of Justin Trudeau and the Virginia Democrat leadership have had me on something of a mammy-song kick of late, and if there were a satellite channel called Siriusly Mammy I’d pretty much be hooked on it non-stop. But man cannot live on mammy songs alone, hence my inclusion of the heavy metal guy. Is there such a genre as heavy mammy? Surely an idea whose time has come.

For versifying of a different kind, don’t forget the latest in our series of video poetry, in which I celebrate the centennial of Rudyard Kipling’s “Gods of the Copybook Headings“.

If you’re a Mark Steyn Club member, feel free to go full D-I-X-I-Easily-hate-this-more-than-most-of-your-lousy-songs in the comments section. As we always say, membership in The Mark Steyn Club isn’t for everybody, and it doesn’t affect access to Song of the Week and our other regular content, but one thing it does give you is commenter’s privileges, so have at it. You can also get personally autographed copies of A Song for the Season and many other Steyn books at a special member’s price – and with seventeen per cent off to celebrate the seventeenth birthday of SteynOnline (but only till midnight Eastern on Monday night). For more on The Mark Steyn Club, see here.

Our Netflix-style tile-format archives for Tales for Our Time and Steyn’s Sunday Poems have proved so popular with listeners and viewers that we thought we’d do the same for our musical features. Just click here, and you’ll find easy-to-access live performances by everyone from Herman’s Hermits to Liza Minnelli; Mark’s interviews with Chuck Berry, Leonard Bernstein and Bananarama (just to riffle through the Bs); and audio documentaries on P G Wodehouse’s songs, John Barry’s Bond themes, Simon after Garfunkel, and much more. We’ll be adding to the archive in the months ahead, but, even as it is, we hope you’ll find the new SteynOnline music home page a welcome respite from the woes of the world.

Visions from the Verge

News DSMW - June 5, 2020
0
When word leaked Wednesday the NBA would vote in a 22-team plan to restart the season and officially exclude the Knicks, forward Bobby Portis did a humble-brag on Twitter. And that turned into an online skirmish with fans who disputed his contention, with Portis making a crack about his decreased playing...

News DSMW - June 5, 2020
0
Texas State is launching an investigation into men’s head basketball coach Danny Kaspar, who has been accused by two former players of repeatedly hurling racist remarks to the team. According to former point guard Jaylen Shead, Kaspar said that his players would run faster if a “brown man with a [turban]...

1 in 5 Florida Nursing Homes Short on Gowns and Masks

News DSMW - June 5, 2020
0
The Centers for Medicare and Medicaid Services (CMS) reports that nearly one in five nursing homes in Florida have barely a one-week supply of personal protective equipment, or PPE, such as N95 surgical masks and gowns......
MORE STORIES

1 in 5 Florida Nursing Homes Short on Gowns and Masks