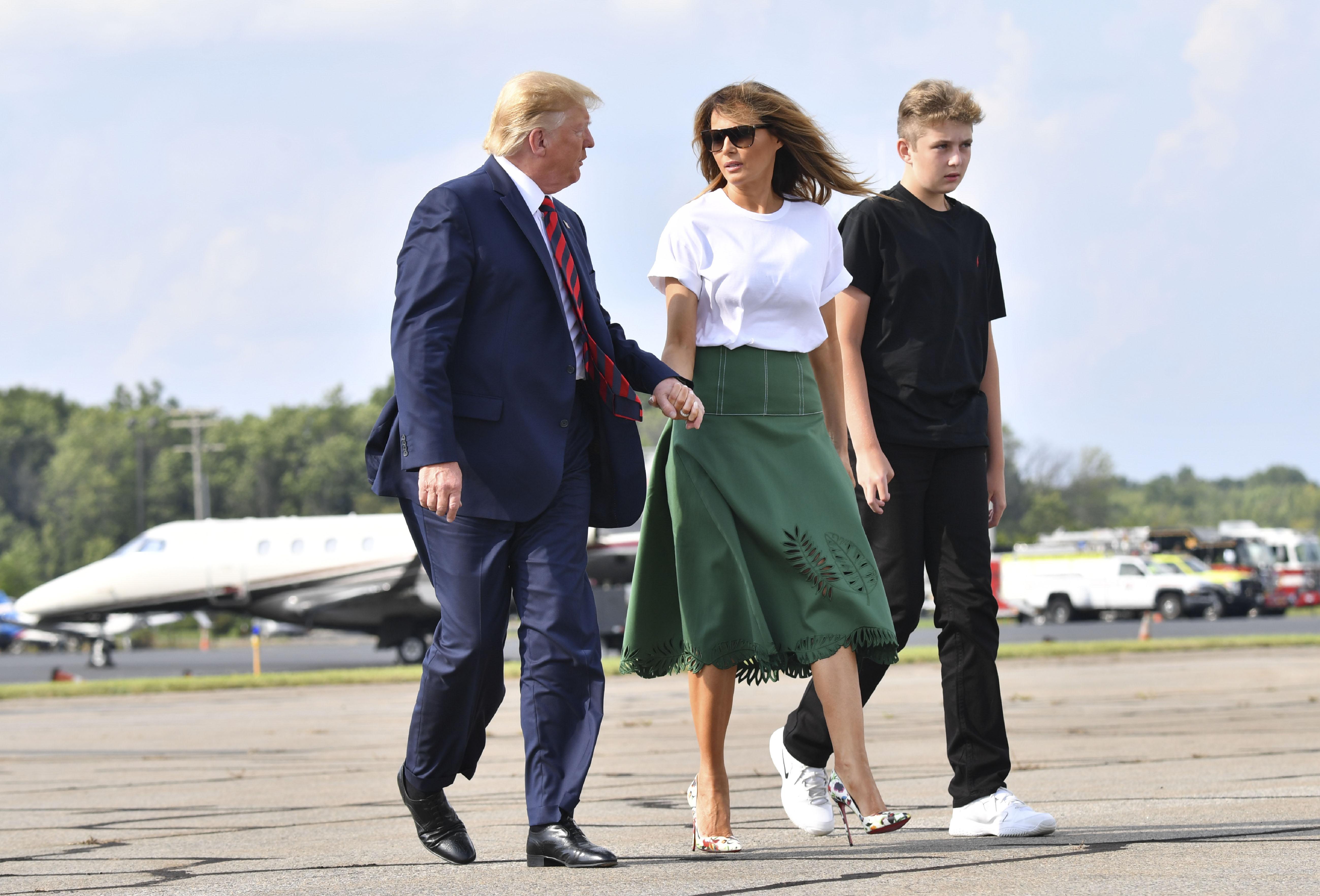 Users on social media platform TikTok are posting videos with the hashtag #SaveBarron, advocating to “free” 14-year-old Barron Trump from the White House. 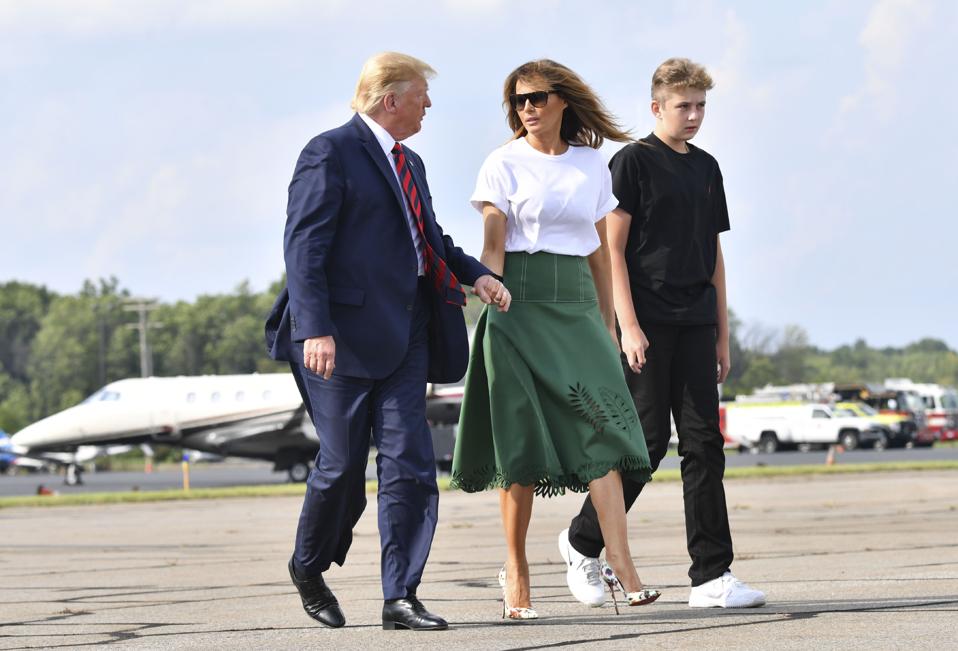 Barron Trump and his parents President Donald Trump and First Lady Melania Trump board Air Force One … [+] in Morristown, New Jersey on August 18, 2019.

Videos with the #SaveBarron hashtag have over 27 million views on the video social media platform.

The videos are a mix of footage of the young Trump and monologues from users, with messages that purport the youngest Trump is sad in the White House, “respects women” and “100% secretly hates his dad’s opinions,” among other things.

Says one: “You cannot tell me that Barron Trump is a Trump supporter.”

The teen social media platform, which exploded in popularity largely due to humor videos set to music, has become increasingly politicized, as exemplified by the 10.8 billion views on the hashtag #blacklivesmatter.

Insider reported that a Change.com petition to “free Barron” garnered 15,000 signatures, though it has since been deleted.

A spokesperson for the Trump family has neither addressed the petition nor the hashtag.

Everything You Need to Know About Barron Trump (Town & Country)