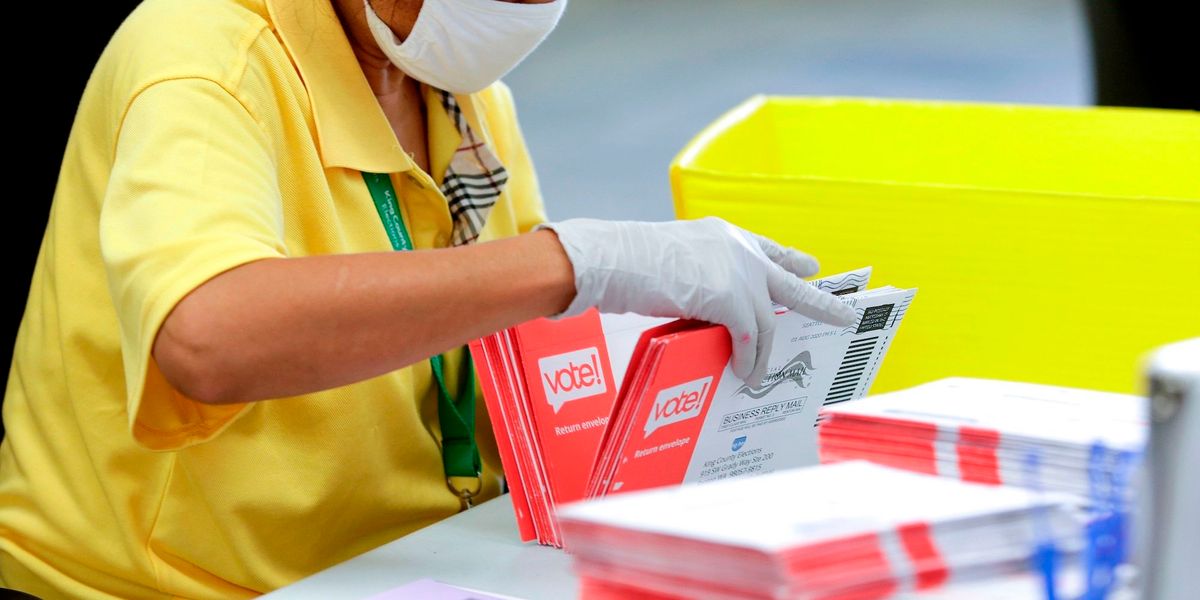 A mayoral candidate of a small town in Texas has been charged with 109 felonies over a fraudulent scheme involving mail-in ballots.

Sheriff Tracey Murphree of the Denton County Sheriff’s Office said in a press release that they were tipped off about “possible fraudulent activities with absentee ballot applications” by the Denton County Elections Office.

Investigators then found that the P.O. box had been obtained through the use of a false Texas driver’s license, and a false student identification card from the University of North Texas.

They then surveilled the P.O. box and installed an undercover agent. Investigators witnessed a suspect pick up the ballots on Wednesday, and obtained a search warrant for their residence.

Law enforcement officials there discovered the mail ballots and the fraudulent driver’s license used to obtain the P.O. box. They arrested Muhamed and charged him with the 109 felony counts.

“I want to commend all the investigators and agencies involved in this investigation,” said Sheriff Murphree.

“Voter fraud is a serious and widespread issue and cannot be tolerated. The fact an actual candidate for public office would engage in these activities is appalling,” he added. “We will continue to aggressively investigate allegations of voter fraud.”

Mohamed was running to unseat the current mayor, Kevin Falconer, of Carrollton. It was unclear to which political party Mohamed belonged.

He ran against Falconer in 2017 as well, during which his past criminal behavior became an issue in the campaign. He received 167 votes in that election, or 2.4% of the total votes.