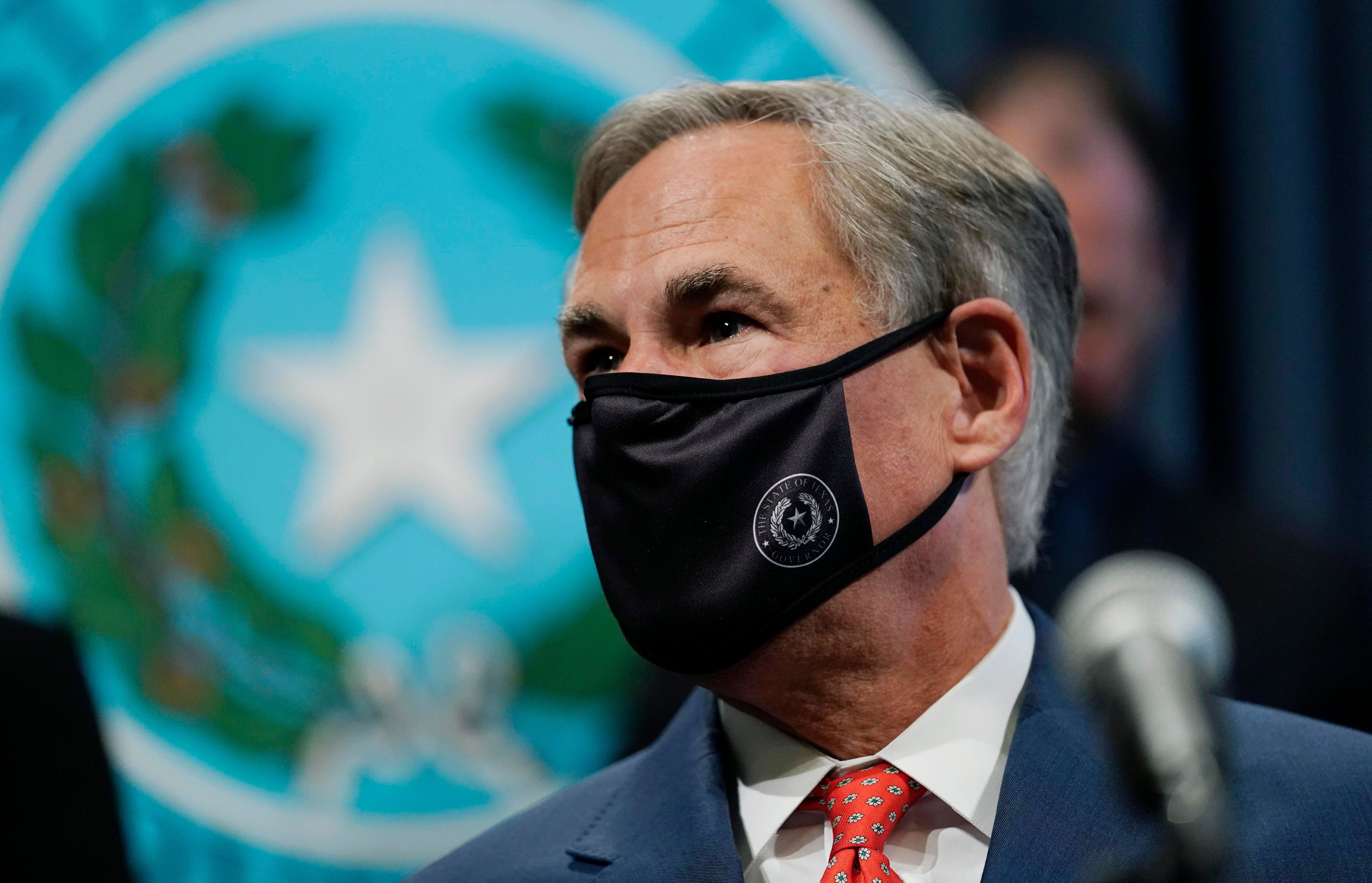 The chairman of the Texas Republican Party joined a protest outside Gov. Greg Abbott’s home on Saturday, in the latest and most public example of the falling out Abbott has had with conservatives over his coronavirus restrictions, even as the governor announced a major lifting of restrictions that will take effect next week. 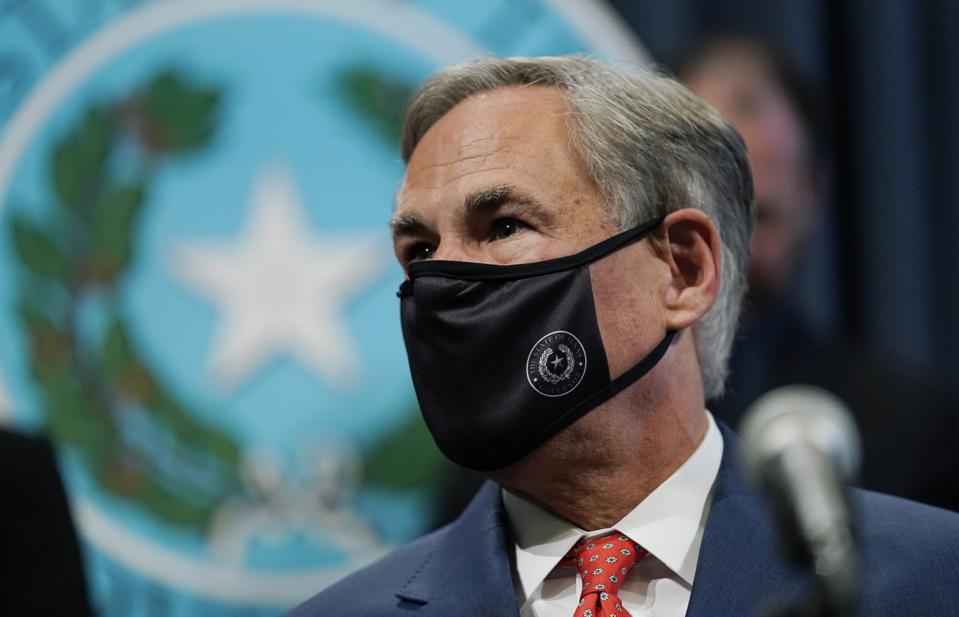 Texas Gov. Greg Abbott wears a face mask as he arrives for a news conference where he provided an … [+] update to Texas’ response to Covid-19 on Sept. 17, 2020, in Austin, Texas.

Allen West, the chairman of the Republican Party of Texas, joined the “Free Texas” protest outside of the Governor’s Mansion on Saturday, with West demanding that Abbott reopen all of the Texas economy with “no exceptions, no delays.”

He was joined by a crowd of hundreds, with few masks in sight, according to the Texas Tribune, that included other prominent Republicans in the state, and later on by conspiracy theorist Alex Jones, who spoke on top of a car and told protesters he supported them.

Abbott announced this week he’d allow counties to reopen bars in areas where Covid patients make up less than 15% of hospital capacity, ending months of bar closures that had resulted in another lawsuit filed by the longtime head of the Harris County GOP.

It didn’t appear Abbott was present at the Governor’s Mansion during the protest, since he attended the annual Texas-Oklahoma “Red River Rivalry” football game in Dallas.

“Quite frankly, governor, your cure is worse than the disease,” said Sid Miller, the Texas Agriculture Commissioner, at Saturday’s protest.

Abbott had been a popular governor before the coronavirus pandemic, but his political standing has fallen among both Republicans and Democrats. After the initial U.S. coronavirus surge in the spring, Abbott was among the most aggressive governors in reopening his state’s economy, a move sharply criticized by Democrats and one Abbott later said he regretted. Covid would quickly spread over the early part of the summer in Texas, leading to Abbott putting new restrictions in place, to the ire of many conservatives. One of those restrictions was closing down bars, which can start reopening in parts of Texas on Wednesday. Abbott is also one of the few Republican governors to have enacted a statewide mask mandate. GOP lawmakers filed a lawsuit in August claiming Abbott had abused emergency powers, which was followed with a lawsuit last month by the Republican Party of Texas itself, which sued the governor over his expansion of dates for early voting.

Abbott has recently started championing causes that have strong support among conservatives, like calling out the city of Austin’s move to defund its police department, even threatening a potential state “takeover” of Austin police. He also restricted each county in the state to only one drop-off location for mail-in ballots, but a federal judge blocked that move in a ruling  on Friday.

4.4. That’s the current percentage point lead President Donald Trump holds in Texas over Democrat Joe Biden, according to the latest RealClearPolitics polling average. The race looks to be the closest presidential contest the usual Republican stronghold has seen in decades.

Bars Will Be Allowed To Reopen In Texas, Gov. Abbott Says (Forbes)

Texas Gov. Abbott—Suddenly At Odds With His Own Party—Sued By 5 GOP Lawmakers Over Use Of Emergency Powers (Forbes)

All States With Democratic Governors Now Have Mask Mandates, But Most With Republicans Don’t (Forbes)