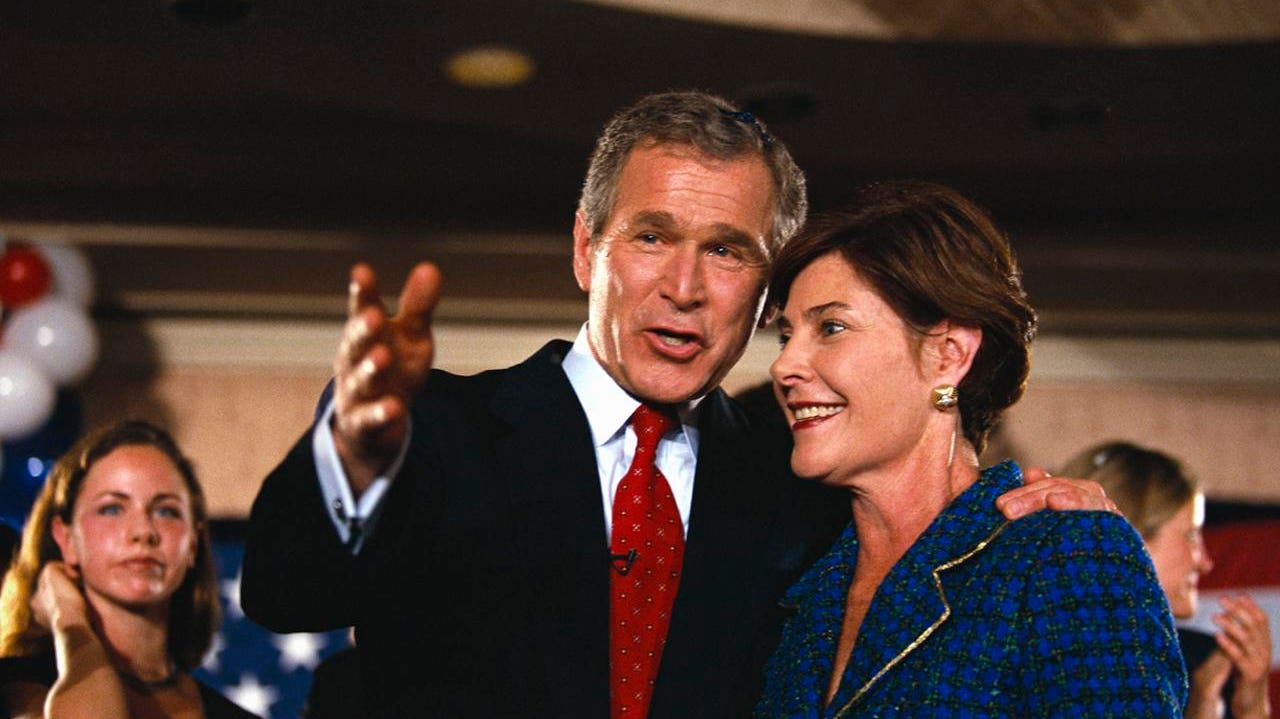 Warnings around a contested election have some on Wall Street thinking about and analyzing the 2000 Bush-Gore Presidential race, when results were decided by the Supreme Court in December of that year; here’s how that delay tanked markets–before they quickly recovered. 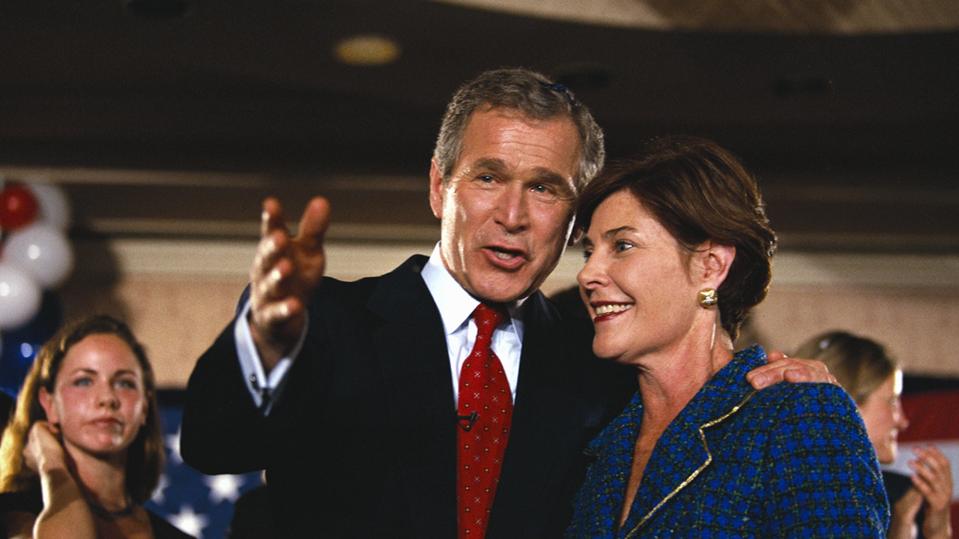 George W. Bush and his wife Laura make an appearance during the primary election. Bush won the 2000 … [+] Presidential Election against Vice President Al Gore after a controversial vote recount in Florida.

On the evening of Election Day, November 7, 2000, a slew of television networks called the state of Florida–which accounted for enough electoral votes to effectively decide the election–for then-Vice President Al Gore based on exit polls, a decision that unraveled in the following hours as votes counted increasingly showed the winner to be then-governor of Texas, George W. Bush.

A weeks-long vote recount hinged on technicalities created a swath of uncertainty and tanked stocks as much as 8.5% before the Supreme Court named Bush the victor on December 12–a full five weeks after Election Day, notes Morgan Stanley Investment Management’s Andrew Slimmon.

The VIX, however, which tracks volatility expectations, peaked in November before the election actually took place, and it didn’t peak again until weeks later as a result of the ongoing dot-com crash–long after the Supreme Court announced Bush the winner.

Some sectors even saw a boost from the prospects of a Bush victory: Defensive and consumer staples stocks managed to gain despite the broader rout.

The stock-market uncertainty tied to election results ultimately only lasted about three weeks; by December 4, the S&P 500 had returned to pre-election levels.

That timeline is in line with analyst estimates regarding the possibility of a similarly contested election outcome this time around; Marc Chaikin of Philadelphia-based quant investment firm Chaikin Analytics, for example, foresees a volatile downward market for one to two weeks in the event of such post-election angst.

Markets hate uncertainty, and Wall Street spectators have been saying for weeks that if a dispute is escalated to the point of triggering a legislative or judicial battle, stocks could tank 10% or more in a worst-case scenario for markets. A surge in mail-in ballots that could be rolling into state Board of Elections offices through Election Day–and even beyond–have compounded doubts that an election outcome will be known by the end of Tuesday, and experts say it’s likely that will be the case.

Not everyone’s as optimistic about this year’s election. “In 2000, there wasn’t widespread unrest in the country. This time, there is a risk that protests could get out of control,” Greg Valliere, a chief U.S. policy strategist at AGF Investments told CNN. “Trump has made it clear that he would challenge any result that he disagrees with… Gore conceded because that was the right thing to do. If it’s shown that Donald Trump actually lost, I’m not persuaded he would be a good loser.”

In the event of a contested election that escalates beyond a one-to-two week delay in results, there are two key dates earmarked for a resolution: U.S. Electoral College electors formally cast their votes on December 14, and on January 6, 2021, Congress meets to officially count electoral votes. “Any uncertainty at these points would almost certainly create a legally contested election that’s more serious than a recount,” reported LPL Financial in a note to clients earlier this month.

In a Tuesday note to clients, Goldman said there’s a “good chance” the winner of the election will be clear by Tuesday night, pointing to four key battleground states that could be called by day’s end.

When We’ll Know What On Election Day: A Guide To Poll Closing Times, Vote-Counting Procedures, And The States To Watch (Forbes)

The 2000 recount was a mess. A contested election now would be much scarier for Wall Street (CNN)

The Florida Recount Of 2000: A Nightmare That Goes On Haunting (NPR)