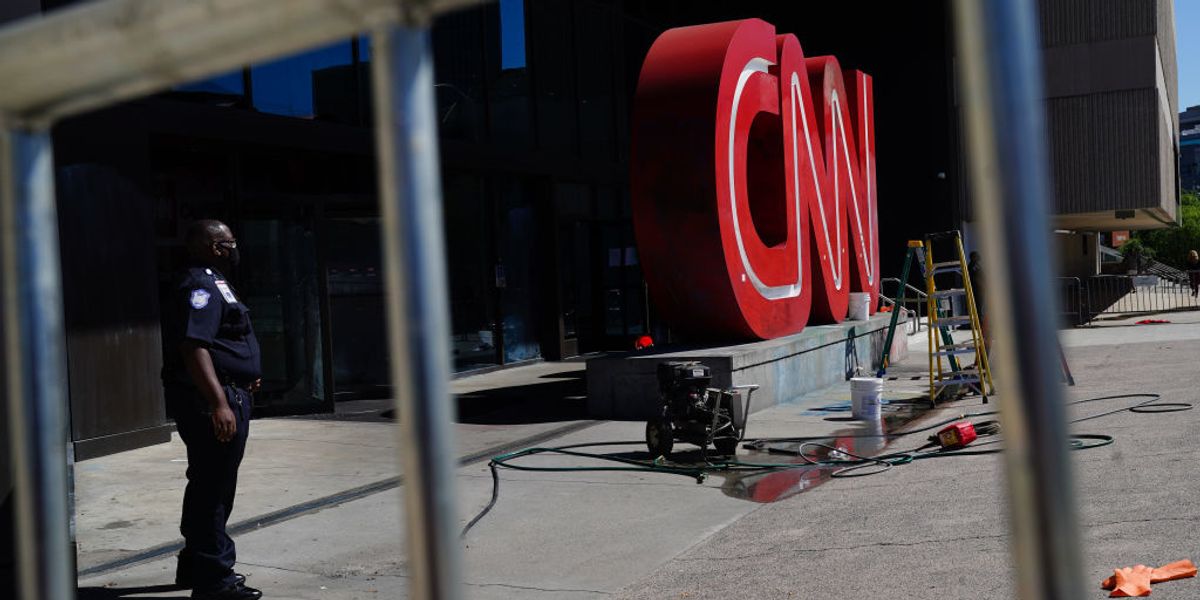 CNN has been relentlessly fixated and critical of President Donald Trump’s border wall ever since he made it a centerpiece of his 2016 campaign. There are 2,094 results on CNN’s website under the search of “Trump border wall.” On Twitter, CNN host Chris Cuomo has dozens of tweets lambasting Trump’s wall on the U.S. southern border.

A January 2019 CNN opinion piece said: “In the same way, the wall may be becoming a ‘clash of absolutes’ that crystallizes the key 21st-century cultural divide over the nation’s growing ethnic and racial diversity.”

CNN sent White House correspondent Jim Acosta to the U.S.–Mexico border, where he attempted to show that walls don’t work. However, the field trip to the wall backfired stupendously.

In a strange twist of hypocrisy, CNN has erected its own “wall” of sorts.

Three weeks ago, riots erupted in the city of Atlanta, and the violence spread to CNN’s headquarters. Rioters destroyed glass, spray-painted graffiti on the huge “CNN” sign, and attempted to breach the cable TV news network’s headquarters.

Following last weekend’s deadly police shooting of Rayshard Brooks at a Wendy’s drive-thru in Atlanta, the city is bracing for more protests and possibly riots. As of Friday afternoon, crowds had already begun to assemble outside the Georgia State Capitol in Atlanta.

Julio Rosas, senior writer at Townhall, was on the ground in Atlanta on Friday and noticed that the CNN headquarters has some new additions since the riots weeks ago. Most notable was a protective barrier set up to keep people out of CNN.

CNN witnessed first-hand the destruction that violent riots can cause. The cable news network, rightfully, wants to keep unwanted intruders from entering their facility. CNN decided that building a wall is the best method to keep outsiders out.

The internet was quick to point out the hypocrisy of CNN building a reinforced fence to protect its headquarters, including Rep. Paul Gosar (R-Ariz.), who lampooned the network by saying, “WaLLs dOn’T wOrK.”

Others on Twitter, including Trump senior legal adviser Jenna Ellis, pointed out more hypocrisy by CNN. During the weeks of George Floyd protests, which many have escalated into full-scale fiery riots that have devastated city blocks, CNN has gone out of its way to classify rioters and looters as mostly “peaceful protestors.”

People questioned why CNN would need to protect its building from “peaceful protestors.”