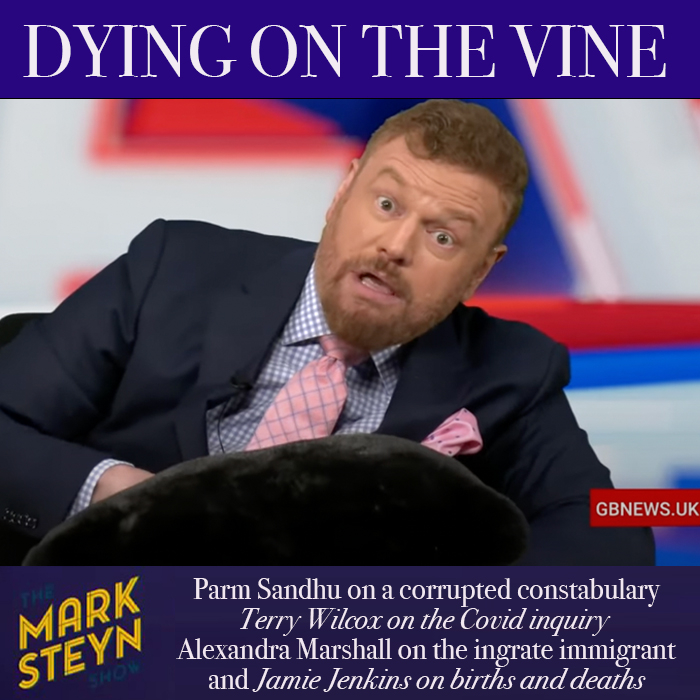 Thank you to all who dial up The Mark Steyn Show on GB News every night. Notwithstanding inroads by Wimbledon, Mark yet again beat Piers Morgan in the ratings on Tuesday, despite all the bus sides that generous Mr Murdoch has bought poor old Puers.

Wednesday’s Steyn Show began with Mark’s take on a British media bigwig trying to bring back Covid lockdowns because he’s got a slight tickle in the throat.

Next up was Parm Sandhu on the wretched state of the British police, followed by Terry Wilcox on the Covid inquiry – which will now include in its remit damage done by the various vaccines.

Alexandra Marshall followed with her take on the ingrate immigrant, and statistician Jamie Jenkins closed out the hour with a look at the parallel phenomena across the west of excess deaths and insufficient births.

All that plus a suddenly dead comedian, a convicted jihadist, and your comments and questions in real time along the way. Click below to watch: