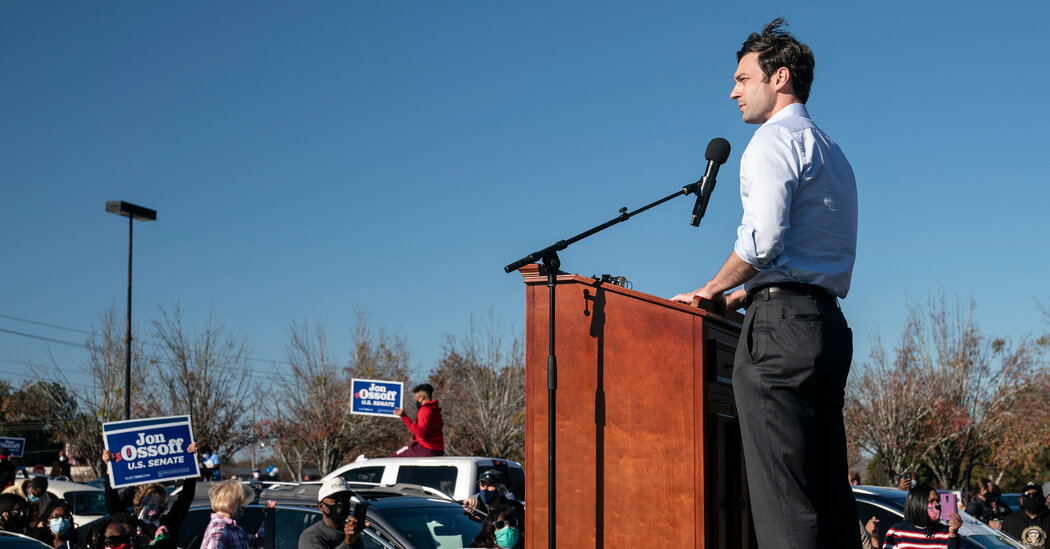 In Georgia, the organizations created during the Trump administration say they are now looking to the future: an incoming Republican legislature eager to push measures limiting voting access, municipal contests in 2021 and the expected rematch between Gov. Brian Kemp, a Republican, and Ms. Abrams in 2022.

Tamara Stevens, who helped start the progressive grass-roots organization No Safe Seats, said her group planned to expand its work beyond electoral victories into social justice initiatives, like its seminars for “nice white ladies” to learn about white privilege and the importance of lifting up marginalized voices.

Reflecting on her experience on Mr. Ossoff’s first campaign, Ms. Stevens, 50, said she was ashamed at how little she understood about communities of color even as she was trying to reach their voters.

“White women didn’t come in here with our pink pussy hats and our rally signs and save the day — not at all,” said Ms. Stevens, who runs a construction company with her husband. “We’ve got the amazing Stacey Abrams and so many other Black women that have been such role models and taught some of us that are just getting into politics.”

Ms. Snow-Murphy, now the executive administrator of a local organization focused on keeping the Sixth District in Democratic hands, recently presented Mr. Ossoff with a gift: a hammock embroidered with the words “thanks for building the base camp.”

The present was meant to underscore how much Mr. Ossoff’s campaign had helped build the Democratic infrastructure that flipped Georgia. But it also spoke to what had changed for her and her fellow suburban activists — a hammock, an accessory for backyard leisure time, presented to the man they say changed how they spend their own leisure time. Or, rather, who seriously cut into it.