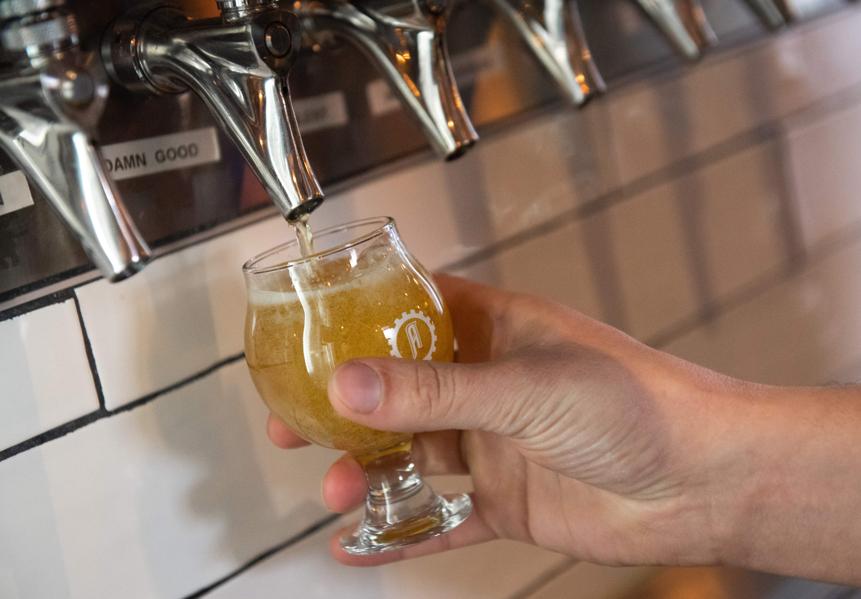 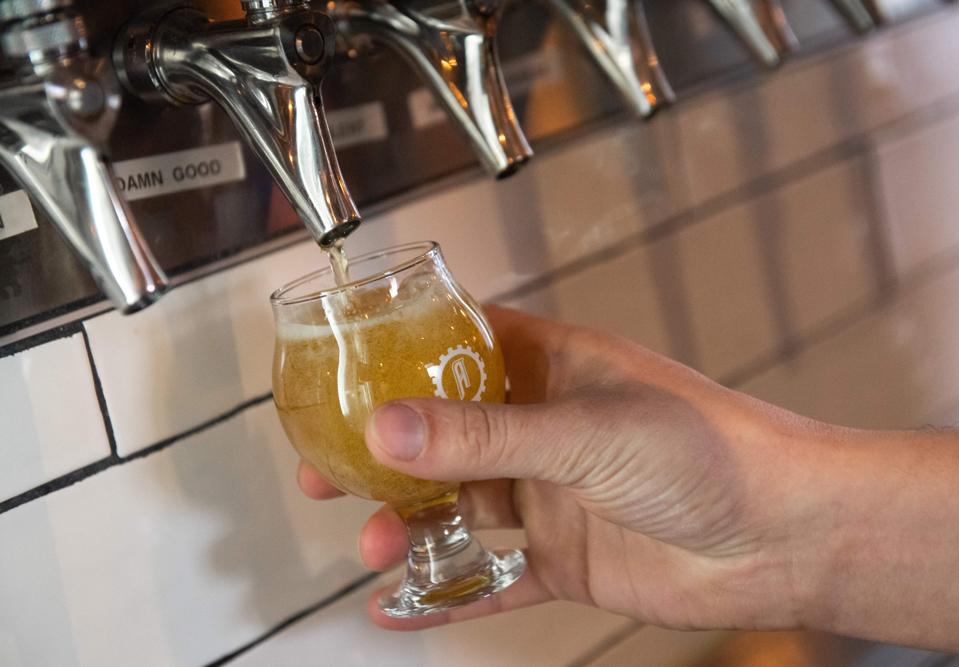 A beer is poured at Atlas Brew Works in Washington, DC.

Were U.S. beer sales up, flat, or in decline last year? That all depends on who you ask, and what you want to believe.

According to Chicago-based market research firm IRI, beer dollar sales at off-premise retailers grew 5.2%, to more than $37 billion, while volume sales were up 2.3% versus 2018.

However, IRI’s beer data set mostly captures scans from large chains, and includes sales of flavored malt beverages, which grew more than 43% thanks to the success of hard seltzer.

For a more complete picture of how the beer business fared in 2019, let’s consider the latest data from IWSR, a firm that provides insights on the alcoholic beverage market.

According to IWSR, total U.S. beer volumes were down 2.3% — the fourth straight year of declines. The firm also reported that for the first time in 25 years, wine volumes dipped 0.9% while distilled spirits products grew 2.3%.

However, IWSR categorizes hard seltzer within a “ready-to-drink” (RTD) set, meaning that overall beer didn’t benefit from that segment’s growth. The hard seltzer category is worth $8 billion in the U.S., according to the firm, and sales grew 50% in 2019 (according to IWSR, hard seltzers make up 43% of the RTD category).

Fintech captures roughly 28% of all beer cases sold to retailers, and its assessment of beer category health is generally in-line with other data sources.

Their prognosis? Beer sales were mostly flat in 2019.

And finally, there’s information from the Beer Institute (BI), which recently reported unofficial domestic tax paid shipment estimates from the Alcohol and Tobacco Tax and Trade Bureau (TTB). According to those figures, U.S. brewers shipped about 1.4 million fewer barrels last year versus 2018.

Not included in the BI’s tally, however, are import figures from the U.S. Department of Commerce, which said the volume of beer shipped into the U.S. was up nearly 3% year-to-date through November.

So, back to the original question: Are U.S. beer sales up, flat, or in decline? Again, that all depends on who you ask.

I recently spoke to CANarchy chief operating officer Matt Fraser, who noted that U.S. beer volumes have been declining for about a decade. However, companies that identify “pockets of growth” can remain successful even when overall trends appear sluggish, he said.

Indeed, there are a number of growing segments within the broader beer category, including craft beer, which IRI reported was up 2.8% in 2019.

If you’re someone who considers hard seltzer a “beer” product – the vast majority of those offerings are made by brewers and sold in the beer aisle after all – the category looks pretty healthy.

Flavored malt beverages (FMBs), which IRI and many other industry stakeholders view as part of the beer set, were on fire in 2019. According to IRI, the off-premise market for FMBs is worth about $4 billion.

As for sales of domestic beer, those declined somewhere between 3.5% and 4.1%, depending on which source you trust.

Perhaps the NBWA’s Jones put it best during last week’s webinar when he likened the interpretation of beer data to flying a plane.

“You can have a lot of different instruments in front of you,” he said. “Having a good compass is great, and you can fine-tune that compass so you know which direction you are going, but if you don’t know what altitude you are going at, or what other planes are flying around you, you can find yourself in a bit of a mess.”

News DSMW - August 3, 2021
0
The dead speak! On the official Star Wars website in fact! In a new blog post on the site today, Lucasfilm Story Group member Emily Shkoukani explained “The Contingency”—the canon name for exactly how Emperor Palpatine died, came back to life, and returned to power in Star Wars. A plan that...

News DSMW - August 3, 2021
0
Whether you’re running it for a nostalgic feel or you’ve held on to a device for too long, it’s time to say goodbye to the decade-old Android Gingerbread. Google is officially laying it to rest.Read more......

News DSMW - August 3, 2021
0
Texas Rep. Chip Roy is calling for the impeachment of both President Biden and Homeland Security Secretary Alejandro Mayorkas over their response to the flow of illegal immigrants across the southern border over the past six months. ...
MORE STORIES