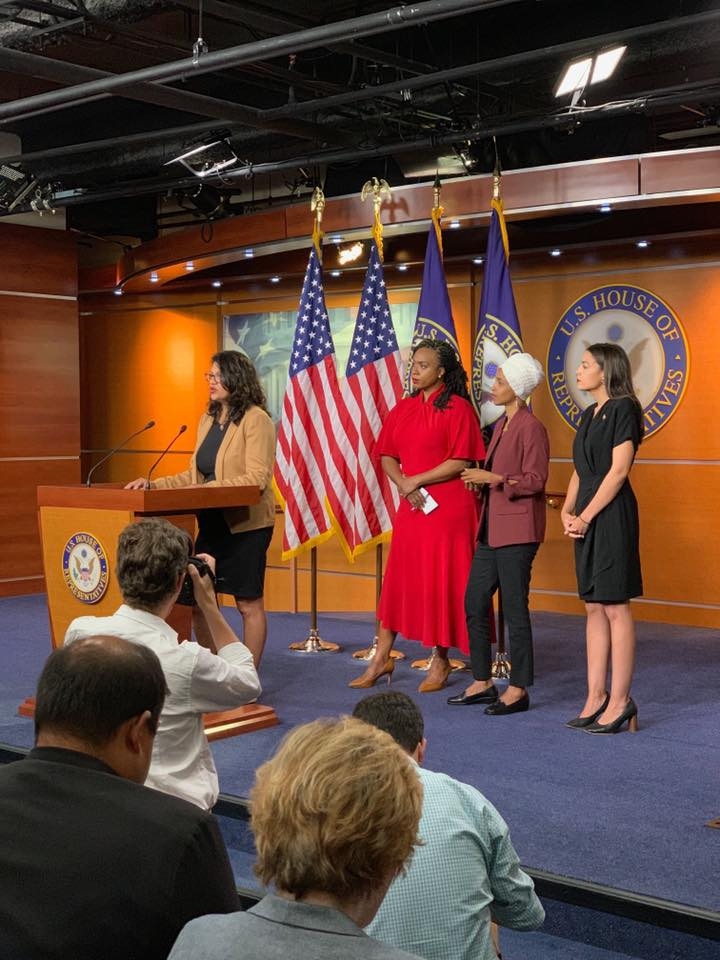 Good day to one and all and welcome to another issue of Laura’s Links. Over the past week, Mark illuminated the past for us once again, giving us more of his deep insights on some American historical highs and lows.

In homage to the low and the gross (obviously my favourite and habitual internet stomping ground), it is incumbent upon me to start off by thanking the Jew-Hating Shrews of Congress for all of their hard work on President Trump’s re-election campaign.

Dear Shrews: Your efforts are very much appreciated by all of us here on the non-insane side of the human race, and have made a big difference! You are making an impact! Once again, thank you so, so very much to all the Farbrente Shvesters of the Wokeopolis (yes it’s Yiddish, it’s an ancient Rosen family insult that I adore, and you’re welcome) for their steadfast efforts on the Trump 2020 campaign.

Imagine my surprise… Angela Merkel digs the Jew Hating Shrews of Congress, those faithful soldiers of the Wokeopolis.

This glorious one via the one and only Tal Bachman (*waves*), this is my kinda Jew.

Rep. Omar helpfully and cheerfully compares Israelis to Nazis. And what could possibly be wrong with that?

Omar marriage “flummoxes” media fact checkers. Flummox! We just don’t hear that word enough, so I’m going to make a serious effort to incorporate it into my daily life…

Tying up some loose Omar threads.

Spiked online looks at the anti-Semitism that dare not speak its name.

Alleged ISIS sniper entered America on the “diversity lottery” program. This is definitely one of the dumbest immigration ideas in the history of Western civilization. Can I get an amen?

American children could be put into foster care if their parents don’t pay their lunch debts. This is crazy. It is also crazy (and please, American parents try to explain this to me in a way that does not make you sound completely lazy, indifferent or incompetent – I’ll wait) that American parents cannot put a piece of cheese between two slices of bread and throw an apple and a snack into a paper bag on a daily basis.

Other bits and pieces here. The Justice Centre for Constitutional Freedoms is representing several of the women approached for waxing services and more power to them.

And the latest stunt: #WaxMyBalls person asks for city approval for topless pool party for tweens that excludes parental supervision.

I would also like to note here that not a single, solitary gutless Canadian politician or law enforcement official has taken a stand on this predator. They are so scared, it’s pathetic. I vomit in all their spineless directions. I can only hope we’ve reached peak madness and now the retreat will begin.

There’s an old joke about a Jew getting shipwrecked on a deserted island. Years and years go by and finally, a ship passes by, sees him and head over to rescue him. The crew disembark onto the island for the rescue mission to discover the three small hut-like structures he has built on the island for himself. They ask him about this. He says the first one is his house. What are those two other buildings, they ask? The Jew says ‘that one-that’s my synagogue’. He points to the third hut and says “that second one, that’s the synagogue I won’t step foot into”.

Jeremy Corbyn has brought us all into the same synagogue, so to speak.

This is a tremendously moving story from Ruthie Blum at The Jerusalem Post. It’s about a wrong that was finally righted. Read the whole thing.

The death penalty for the jihadists in Morocco who beheaded two young European tourists. It’s good that they will no longer walk the earth. This also shows that life is pretty cheap to Morocco. They will get rid of a few jihadists, Morocco momentarily mollifies the world, “justice” is seen served, but it’s interesting that Morocco is refusing to pay any monetary compensation to the family. Of course money cannot compensate for murder, but the family has framed it as “moral compensation”. Something to consider.

I love this story so much. And when I say love, obviously I mean hate. Behold: North Koreans go to the polls. Only one candidate was on the ballot. Imagine my surprise. Imagine the audacity of this evil regime.

Ending on a high note with assorted vignettes of human grace:

Colorblind Georgia firefighter tears up seeing the American flag in color for the first time.

Now have at it in the comments!

Laura’s Links also serves as SteynOnline’s weekly open thread, where we let loose the rules – at least the one about not going off-topic. Comment on any of Laura’s stories, or on anything at all from the last week. Remember to keep it civil and avoid linkfests: leave the latter to the professionals. Commenting is one of many perks for Mark Steyn Club members, so if you’d like to get in on the action, do join up. Otherwise if you’d like to engage in person with Laura, other SteynOnline contributors and Mark himself, join us on one of our annual cruises. We’re sold out for September’s Alaskan expedition, but Conrad Black, Michele Bachmann and John O’Sullivan will surely keep you in good company on next year’s Mediterranean voyage.

The Lessons of the Afghan War

The Perversion of Public Discourse

Hysteria Is Not a Program

Commentary Mark Steyn - April 14, 2021
0
This weekend marks the centenary of George David Weiss, born April 9th 1921. Who was George David Weiss? Well, he's no household name, but, to reprise my old line on obscure songwriters, you'd be hard put to find a household that doesn't know at least ...

No reason to flip out: US athletes reveal crazy ways they’ve trained for Olympics...

News DSMW - April 14, 2021
0
They are some of the top athletes in the world in their respective sports – elite in their training, meticulous in the preparation, the best...
MORE STORIES

No reason to flip out: US athletes reveal crazy ways they’ve...